Last week, I had the pleasure of being a guest in the home of a truly fascinating person and a... 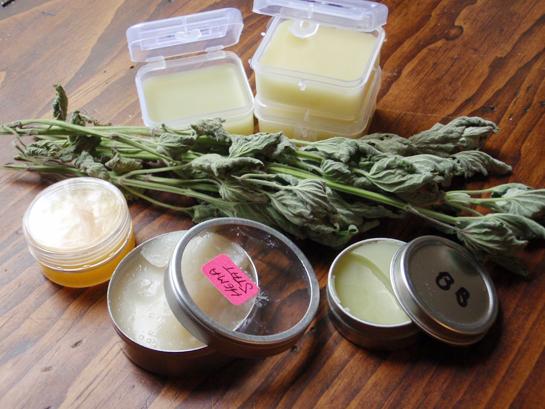 Last week, I had the pleasure of being a guest in the home of a truly fascinating person and a master at his craft. Rod Morey is a locally renowned herbalist and knife maker in the Virginia panhandle, and he was gracious enough to spend a day with me to share some of his wild medicinal plant secrets.

I have long been a dabbler in medicinal plants, curing bee stings with plantain leaf and mending scratches with yarrow. But my focus has always been plants that can be used to make a friction fire and good-tasting wild plants. I had always steered away from deeper studies in medicinal plants because there was so much bothersome stuff associated with the trade.

As long as I have known about using herbs for medicine, I have been uncomfortable with the rituals, incantations, and hokum that seemed inseparable from the art form of wild medicine. Any concern I had about Rod or his methods melted away when I was promptly served homemade cornbread and an outstanding wild herbal tea upon arrival at his home.

Then it was time to get to work. We spent the morning in a room of Rod’s home dedicated to his medicines, which he referred to as “the apothecary.” Rod then began sharing his story with me, and some of his tried and true remedy recipes. He had been an EMT for more than two decades, until a fast moving case of cancer very nearly ended his life. Much of this throat was removed to save his life, but not long after, his cancer returned. He told me that the medical system he had served for so long had failed him, and that he was instructed to prepare for the end.

“I was diagnosed with terminal, stage IV cancer of the larynx and trachea. My physician told me I had a one-percent chance to live more than a year,” says Rod. “I knew I would only survive if I took charge of my own wellness, so I did.”

Rod’s death sentence was pronounced more than 25 years ago. Thanks to his teas, tonics, and medicines, Rod is healthy today. He doesn’t even take a single daily pill or prescription. If his blood pressure goes up, he’s got a tea for that. If he gets sick (which is rare), he’s got some other medicinals to use. No wizardry here, just the science of medicinal compounds naturally occurring in plants.

Since his early successes, Rod has become a sought-after herbalist. During my day with Rod, he showed me how to make colloidal silver (the right way, so your skin won’t turn blue) and gave me recipes for several of his most popular salves and teas. We took a walk across his property where he grows many of his medicines, and he explained uses for plants that I’ve been familiar with for years, yet never fully realize the potential of. I left Rod’s home with a bag of medicines and am very much looking forward to my next visit to the apothecary.