Risk Factor: 4 Health Conditions That Can Kill You in the Wilderness

There are plenty of risks in the wilderness. Every time we head into the great outdoors we expose ourselves to... 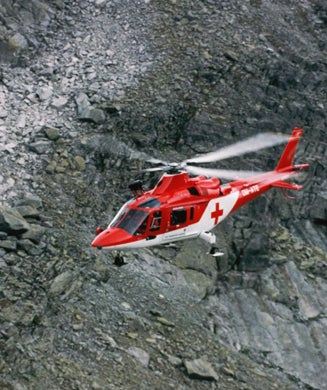 There are plenty of risks in the wilderness. Every time we head into the great outdoors we expose ourselves to dangers from falls, exposure to the elements, and even wild animals.

But there are other risk factors, dangers that begin within our own bodies that might turn a dream trip into a nightmare. In the case of stroke, heart attack, diabetic shock, and dehydration, time is of the essence. This not only means that you have to recognize the signs and symptoms of these conditions, but you need to be able to reach emergency medical personnel as well. No matter where you are hunting, be sure that there is some means by which you can contact the outside world in the case of emergency. That might be by cell phone, satellite phone, or radio, but make sure that everyone in the group has access. Additionally, make sure that someone knows exactly where you’ll be in case a rescue is necessary. Hours spent combing through the wilderness conducting a blanket search for a victim can be a waste of precious time that otherwise might be be used to help save a life.

With each of the four conditions listed above, early identification is critical. Here is the information you need to help you recognize the symptoms of four serious medical emergencies. In the field, you are responsible for your own safety and the safety of those in your party, so be prepared. And in the meantime, check out the American Heart Association’s life-saving CPR and first aid app.

1) Heart Attack
When the signs of a heart attack appear, time is of the essence. According to the American Heart Association (www.heart.org), heart attacks can come on suddenly and violently, but sometimes the symptoms may be less dramatic. The AHA lists chest pain as one of the primary signs, particularly pain that lasts for a period of a few minutes or that reoccurs over a period of time. Pain can also occur in other areas including the arms, stomach, back, and jaw. Other symptoms are cold sweats, nausea, lightheadedness, and shortness of breath. If you suspect that you or someone in your party is having a heart attack it is important to contact emergency responders immediately.

Treatment in the Field: It is virtually impossible to treat someone who is having a heart attack in the field, but according to the Food and Drug Administration (www.fda.gov), aspirin “reduces the risk of death in patients with suspected acute heart attacks (myocardial infarctions).” The FDA warns, however, that aspirin regimens should be overseen by a doctor, and the best way to determine whether or not you should use aspirin in the event of a possible heart attack is to consult your physician. Ask your doctor if they think taking aspirin in an emergency is right for you, and if so, make sure everyone in camp has access to your doctor’s instruction in case of an emergency. The key to surviving a heart attack in the wilderness is pre-planning.

2) Dehydration
It’s easy to ignore the first signs of dehydration while you’re caught up in the thrill of the chase, but if untreated, dehydration can lead to a serious medical emergency in the field. It’s absolutely critical to maintain hydration and keep water with you always, as dehydration can occur in any weather conditions, not just during periods of high heat. According to the Mayo Clinic (www.mayoclinic.com), the initial signs of dehydration are familiar to most of us: dry, sticky mouth; thirst; tiredness; headache; dizziness; and constipation. Once the dehydration becomes severe, though, look for symptoms that include low blood pressure, irritability, and confusion in adults, a lack of sweating, rapid breathing and heartbeat, sunken eyes, no urination, fever, and other signs. In the most severe cases, delirium, unconsciousness, and death may result.

Treatment in the Field: According to the Mayo Clinic, keeping hydrated is the best way to prevent dehydration, but if the signs and symptoms occur it is time to stop activity and get a drink. If you are in the wilderness you’ll likely need some purification system and you’ll have to know where there is a source of water.

3) Diabetic Episode
Diabetes is one of the leading causes of death in the United States, and although many people assume that they would know if they had the disease, the National Diabetes Education Program estimates that of the 25.8 million Americans that have diabetes, 7 million are not aware that they have the disease. The same group also estimates that 79 million Americans over the age of 20 have a condition known as pre-diabetes, which precedes type-2 (adult onset) diabetes. And while some cases of pre-diabetes can be reversed with more exercise and weight loss, this means there are millions of Americans in the field every year who suffer from pre-diabetes or even full-blown type-2 diabetes and don’t know it, which is a dangerous situation. Have your doctor conduct regular screenings and be sure to understand your blood sugar levels.

If you have diabetes or hunt or fish with someone who does, understand the signs of low blood sugar (hypoglycemia). According to the American Diabetes Association, shakiness, irritability, and confusion are among the indicators of low blood glucose. If tested blood sugar levels are low, consume 15 to 20 grams of glucose or simple carbohydrates, such as four ounces of juice or soda (not diet), a tablespoon of honey or sugar, or two tablespoons of raisins. Diabetic shock can lead to unconsciousness or death, so be prepared to react quickly.

Treatment in the Field: According to Dr. Bentley J. Bobrow, professor of emergency medicine at the Univeristy of Arizona College of Medicine and a spokesperson for the American Heart Association, diabetic shock can mimic the symptoms of another serious condition.

“If they are a known diabetic on insulin and have the ability to check their blood sugar, that should be done. If blood sugar is low, give them something to drink that contains glucose,” Bobrow says. “This is not an actual stroke, but low blood sugar can [lead to symptoms that] mimic [those of] a stroke [but are more] easily fixed.”

4) Stroke
Strokes can be debilitating and deadly, and it is critical to get a stroke patient to medical aid as quickly as possible, according to the National Stroke Association. The NSA says that symptoms include sudden dizziness and loss of balance, headache, difficulty seeing in one or both eyes, trouble speaking or understanding, and weakness or numbness in the face, leg, or arm, particularly if that weakness or numbness occurs only on one side of the body. If you or someone else in your party exhibits stroke symptoms it is essential to get them help as quickly as possible, so don’t ignore these signs of stroke when they appear.

Treatment in the Field: According to Dr. Bobrow, “The best thing is to get them to emergency medical care as rapidly as possible. In the meantime, a lay rescuer should not give the suspected stroke victim anything to eat or drink. They should call 9-1-1, keep the victim calm and support them.”