Friction fire building has been surrounded by legend, story, and myth for all of recorded history. Our ancestors probably struggled... 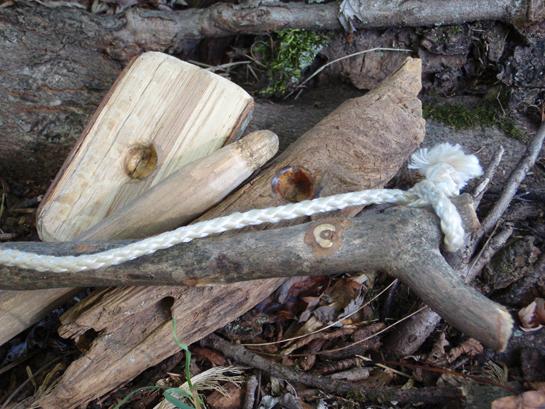 Friction fire building has been surrounded by legend, story, and myth for all of recorded history. Our ancestors probably struggled to grasp the inexplicable way that fire sprang from otherwise lifeless pieces of wood. Although many of these tales convey culture and heritage, there are still a number of technical myths that seem to haunt the art of friction fire. It’s high time we laid some of these myths to rest.

Thumbnail Test
This myth just won’t seem to go away. The “thumbnail test” has been a popular concept in a certain series of outdoor skills books, and it revolves around testing the density of wood. It is believed that the ability to dent a piece of wood with your thumbnail indicates that the wood is suitable for friction fire. This myth doesn’t work, as some denser woods will work fine for friction fire and some soft woods don’t work at all.

Use Nose Grease
Another myth from the same source as the thumbnail test, the nose grease myth says that there is enough oil on the side of your nose to lubricate the top of the bow drill spindle. I don’t know about you, but I was never that greasy, even as a teenager. Furthermore, there’s more sweat on your face than grease when you’re trying to build friction fire (and sweat doesn’t work).

Spit On Your Drill
This one isn’t as common of a myth, but it’s a deal breaker. Putting spit, sweat and any other water at the top of the drill will cause the wood to swell and bind. Meant to be a lubricant, these watery substances will have the opposite effect.

Good Fire Wood Makes Good Gear
Just because oak makes great firewood, doesn’t mean it works for friction fire. Oak’s ignition temperature and density are not conducive to friction fire drills or boards. Instead, use soft woods that are non-resinous for your boards and drills. Cedar, basswood, willow, and cottonwood will serve you much better than oak and other typical types of firewood.

Octagon Drills Work Better
This one has been common in outdoor skills books for decades. At some point, an eight sided drill became a popular fire drill style. The theory is that the edges help the drill grip the bow string. But these sharp edges end up shredding the cord, and vibrating horribly, while failing to grip the string any better than a smooth drill.

Let us know if you’ve tried bow and drill fire making, or you have a myth to bust, by leaving a comment.