Survival Skills: 3 Great Fire Starters You Can Make At Home

We all know how critical fire starting can be, especially in cold conditions. Fail to get a fire lit when... 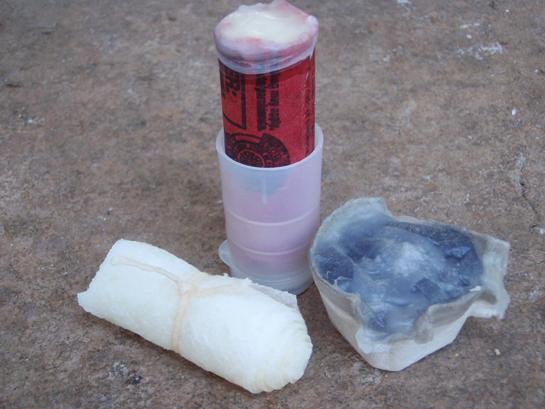 We all know how critical fire starting can be, especially in cold conditions. Fail to get a fire lit when you need it the most, and that could be the end of you. If you head outdoors in cold conditions, make sure you take gear that can perform. By carrying one or more of the following homemade fire starters, you can rest assured you’ll be able to kindle a blaze in no time.
**
Paper Towels and Wax**
This fire aid is the easiest one to make. Fold a one-foot length of paper towel in half (either way), then roll it into a rod. Tie some thread, candle wick material, jute, or cord around the rod in three evenly-spaced spots. Cut the rolled-up paper towel rod between each string tie, and you’re left with three neat little rolls. Dip each roll in melted wax (any kind), and allow them to cool. These paper-and-wax tinder rolls are now waterproof, and will light easily with an open flame, especially if torn open a little or lit by the tie like a candle. Expect a burn time of eight minutes or more from a roll as fat as a cigar about three inches long.

Lint-and-Wax Egg Cup
Save a cardboard egg carton after your next big Sunday breakfast. Rip the lid off, reserving the 12-compartment base. Fill each of these compartments with drier lint (or sawdust, cotton balls, or any other quality tinder). Next, drizzle in melted wax to saturate the tinder material and soak into the cardboard cup. When the wax has hardened, cut the 12 cups apart. Each will burn for 12 minutes or more once lit with an open flame.

Sawed-Off Road Flare
Although it’s an ignition source rather than just tinder, the striker end of a standard road flare makes a hellacious fire starter. Using a hand saw or sharp knife, cut the flare slowly three inches from the ignition end. Dobb some melted wax over the cut end to seal it off, and you are now the proud owner of a sawed-off flare. Place the striker cap back in place for storage and transport. Rather than wasting the rest of the flare, you can cut it into several pieces and wax-coat the ends to make fire boosters. Toss one of these into your fire pit to invigorate slow burning kindling and damp fire materials. It’s an ignition source and fuel, all in one.

Do you have a favorite homemade firestarter? Let’s hear it in the comments.