Would You Drink From A Wooden Water Filter?

Before you answer this post’s title question, think back carefully. If you’ve ever tasted tree sap that was dripping from... 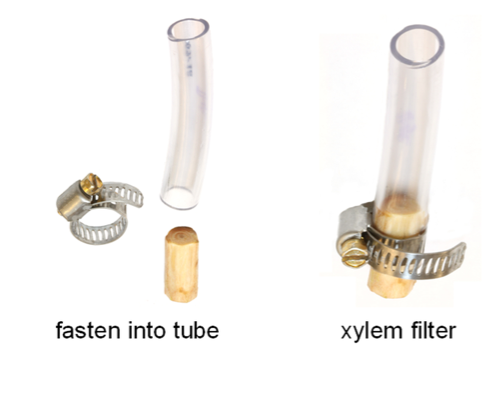 Before you answer this post’s title question, think back carefully. If you’ve ever tasted tree sap that was dripping from a maple, birch, sycamore, or hickory then technically you’ve drunk from a wooden water filter.

After the first sip of sap I took years ago, I’ve always wondered why it was safe to drink. I thought it might have had something to do with the size of the pores in the tree’s roots, or some similar screening process. According to some interesting recent research, it turns out that the wood itself may be the filter element.

This study used the sapwood of pine to filter out E. coli bacteria, among other things added to water. The sapwood’s structure already performs a filtering action in the living wood, screening out air bubbles from the sap. Unchecked, these air bubbles would lead to tissue damage. This filtering ability has some humanitarians looking hard at conifer wood as a readily available material for water filtration devices in developing nations. When firewood is scarce for struggling people, boiling the water may not be an option every day. This means that people must drink from the local waterways, and make themselves more vulnerable to E. coli, salmonella, cholera, hepatitis, giardia, and many other pathogens. The World Health Organization has estimated that 1.6 million human deaths occur each year from waterborne diseases caused by a lack of safe drinking water.

So, back to the water filter. Researchers used a block of pine sapwood for this study, roughly one cubic inch. This was attached to a water supply with PVC pipe and epoxy, to prevent water from bypassing the wood filter. Flow rates of several quarts a day were reached in their trials, and 99.9 percent of E. coli was eliminated. These are the same numbers you’ll see from commercial water filters, like those from LifeStraw, which can be employed in a gravity-fed system or sucked like a straw. This test did not mention the efficacy of the conifer wood filter against viruses, which are typically much smaller than bacterias. It is possible that these smaller organisms may work their way through the wood but, again, this is no different than the LifeStraw, which do not guarantee virus removal either.

Have I tried this myself? Not yet. But I would if I had no other choice. The way I see it, any filtration is better than none.

Tell us whether this method makes sense to you, and whether you would try this in an emergency.