Wherever your travels might take you around the globe, remember that many common wild edible plants have also gone global... 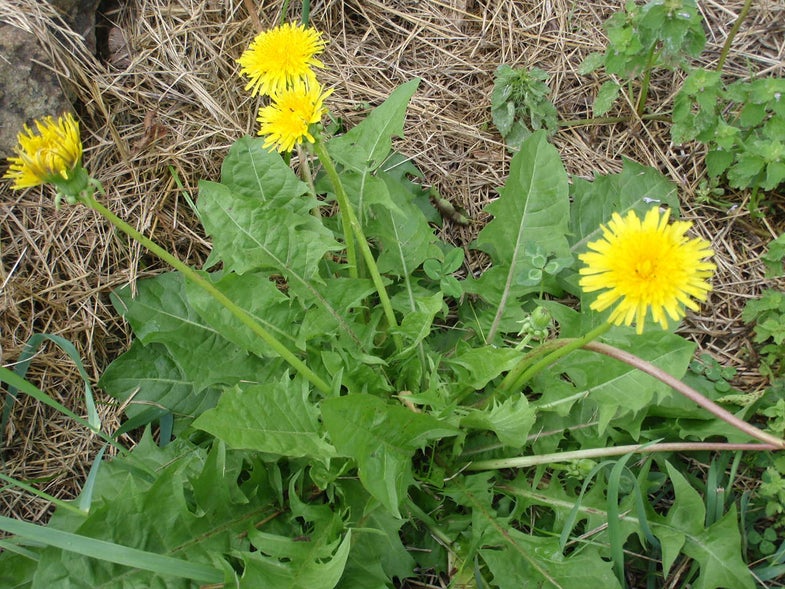 Wherever your travels might take you around the globe, remember that many common wild edible plants have also gone global over the past few centuries. Some plants were carried to new continents because of their valuable edible and medicinal properties. Other plants have inadvertently tagged along with travelers and established themselves as invasive weeds in new lands. However the plants have spread, familiar edibles can now be found far from their places of origin.

Burdock (Arctium minus)
Native to Asia, burdock has large edible roots and leaves. This plant is another great stimulant for a healthy liver.
**
Plantain** (Plantago major)
Native to Europe, this plant has edible leaves that are also medicinal. Apply crushed plantain leaves to bee stings and other venomous insect and arthropod bites for fast relief. (Note that the plantain mentioned here is not the banana relative of the same name, but a low-growing common weed.)

Chicory (Cichorium intybus)
Native to Europe, the leaves can be used in a salad and the roots for coffee. Chicory also contains high levels of a sugar that nourishes digestive organisms, which can in turn build a stronger immune system.

Yarrow (Achillea millefolium)
Native to Europe, yarrow leaves make a tea and several medicines. I’ve often called it “nature’s Neosporin.” Yarrow crushed and applied as a poultice can stop bleeding and reduce the risk of infection.

Spearmint (Mentha spicata)
Native to Europe, these mint leaves are edible and medicinal. Use mint for upset stomach and nausea. Pregnant women should avoid strong mint foods and drinks, though, as they may be harmful to the baby.
**
Purslane** (Portulaca oleracea)
Native to Asia, purslane makes a tasty salad green and pickle. This herb is often cultivated in India, and the fleshy stems and leaves are juicy and tasty.

Catnip (Nepeta cataria)
Native to Eurasia, this strong mint can be used for tea and medicine. This is the same catnip that can drive a feline through the roof, but when used as a tea for humans, it often has a sedative effect.