Friction fire is one of my favorite skills to practice, experiment with, and demonstrate. I particularly like to show the... 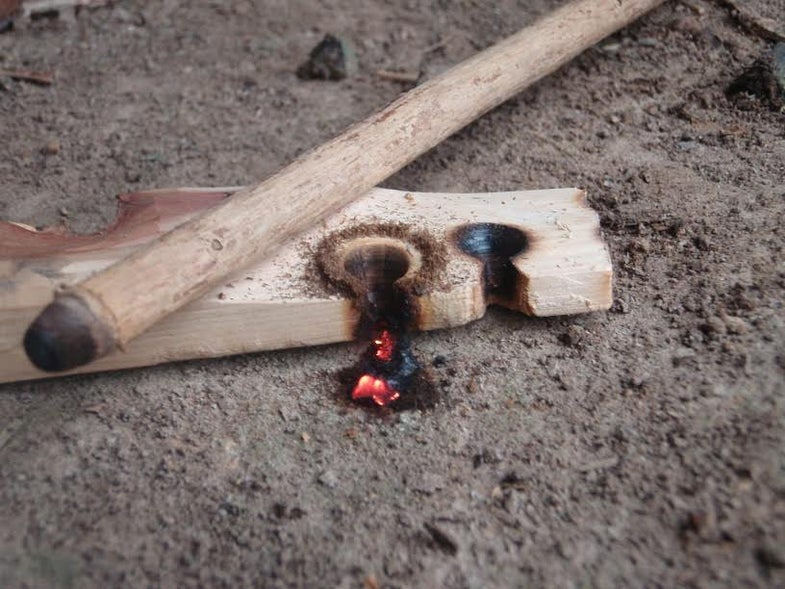 The bow and drill is a tried and true method for starting a low-tech fire. Tim MacWelch
SHARE

Friction fire is one of my favorite skills to practice, experiment with, and demonstrate. I particularly like to show the skill to folks who have never seen it done in person. In fact, some even scoff when I bring out a bow and drill kit, saying that they tried it as a kid and the whole act is impossible. But then, after I hold the new fire up for them to see, they start to wonder what else is possible. Is Bigfoot real? Are space aliens real? They just watched me squeeze a fire out of two pieces of wood! As the fabric of their reality seems to stretch a bit, I sit back, content, and I put down the burning tinder bundle because it’s hotter than the place where crooked politicians go when they die.

So let’s take a step back for a moment, and look at the reason so many people find friction fire to be difficult, or even dismiss it as impossible. Friction fire is so different from anything else that modern people do, for fun or to make a living. And as we are all different, performing this skill can be easier for some people than others. Athleticism, flexibility, tenacity, and a host of other factors can lead someone toward success. Injury, weakness, poor stamina, clumsiness, and many other problems can limit our success. And, all human issues aside, the materials for the friction fire equipment tend to be one of the main places where you will win or lose—before you even start spinning a drill. The wood pieces need to be dead and dry, but not rotten. The drill and board need to be soft woods. And the other parts of the kit need to be fire-friendly as well. The next time you try your hand at fire by friction, try these three tricks and see how they help you.

I love 550 cord. It does many different survival tasks and chores with ease, but there’s one place where it’s not so good: as a bow and drill cord. It’s too slender and too slippery. Try something twice as thick with a grippy texture for your next friction-fire bow string. I use 3/16- to 3/8-inch diameter rope, when I can get it. Or I make something equivalent to that. This diameter of rope is strong enough for the job, and it offers great traction.

Beaches and rivers often have stones with holes scattered about. These are formed by erosion, and give us ready-made handholds. You can also drill a hole in softer stone (like soapstone) to make your own stone handhold. When this top piece of your kit has a hard, smooth hole, the drill spins much more freely, enabling you to focus your friction where it matters most: the bottom of the drill.

Putting a strip of flat bark under the notch in the board, or some similar thin, flat item, is a great way to collect and move the ember you have created. I’ve seen plenty of folks lose their first ember because it formed on the bare ground and they were unable to scoop it up and move it to the bundle. The coal catcher eliminates this trouble, and protects that part of the board from the dampness of the ground.

Are you a fan of friction-fire making? Want to share a trick or tip? Let us know by leaving a comment.