Every good outdoorsperson knows to keep an eye on the horizon, to stay alert to changes in the weather. And... 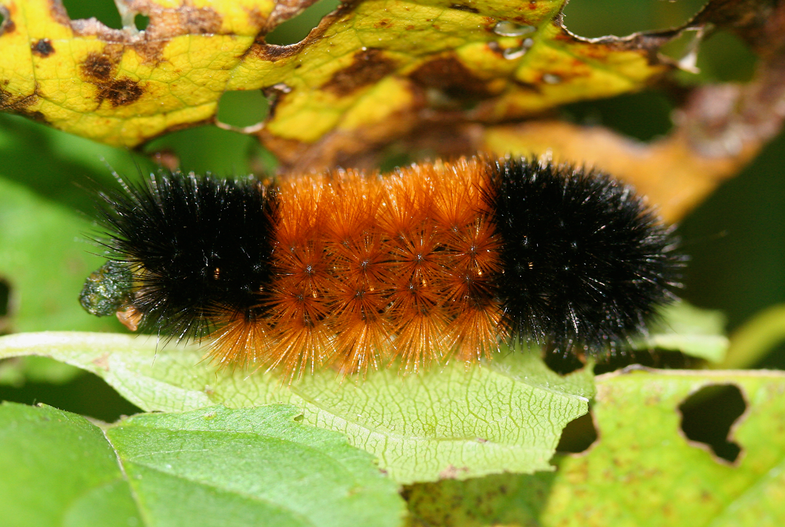 Every good outdoorsperson knows to keep an eye on the horizon, to stay alert to changes in the weather. And when we see the storm clouds approaching, we can be fairly sure that our nice weather is about to take a turn for the worse. But can we predict the weather further out? Can we tell that it’s going to rain before we see the clouds rolling in? Or make plans for a harsh winter before the last autumn leaf has fallen? Our forebears tried to “read the signs,” but can we still do it today? Let’s find out.

1. Acorn Crop
It’s been said that the trees are the guardians of the animals, and harsh winters are preceded by bumper crops of tree nuts, berries, and so forth. I’ve seen acorn bumper crops before mild winters and harsh ones, so I think this one is more about coincidence than a predictable pattern.

2. Wooly Worms Stripes
I’d heard this one since I was a kid. The caterpillar known as a wooly worm can be found in autumn with a variety of black and brown color patterns. I was told that black ones meant lots of snow for winter, brown ones meant little snow, and striped ones meant a mix of both. Sorry, bugs. I just haven’t seen that pan out.

3. Rooster Talk
A few sayings suggest that farm animals hold the keys to weather prediction. One such saying is that a rooster crowing at dusk means that bad weather is on the way. But keep in mind that many loud sounds can set-off a rooster and inspire some loud crowing. Sometimes, barnyard noises are just barnyard noises—they don’t mean a thing.

4. Red Skies
One of the first weather predicting rhymes I learned as a lad was this one: Red skies in morning, sailors take warning. Red skies at night, sailors delight. This short range prediction has a lot to do with the dust in the air, which in turn has to do with the interaction of high and low pressure air fronts. So quite often, red morning skies to indicate a change in the weather or a storm later in the day.

5. Cloud Marshmallows
What does the sky look like when it “looks like snow”? If there is a solid cloud cover, with blobs underneath that look like cotton balls or marshmallows, in my experience snow is right around the corner. Increased humidity often accompanies this cloud pattern, making it feel colder too.

6. Do the Dew
Ever heard this one? When the dew is on the grass, rain will never come to pass. When grass is dry at morning light, look for rain before the night. There’s some pretty sound meteorology behind this one. When dew has the conditions form overnight, it’s because clear skies allowed the earth to cool and water condensed to make dew (or frost in colder times of the year). But on cloudy nights, the clouds keep atmospheric heat in and prevent dew from forming. What does it all mean? Unless you have a very odd weather pattern coming, if the night skies make dew, the following day will be clear.

How do you predict the weather without checking your phone or the TV? Please share your tricks and clues by leaving a comment.