Survival Gear: 5 Emergency Items You Should Carry in Multiples

If you were in the military, or know people who were or are, you’ve probably heard someone utter the axiom... 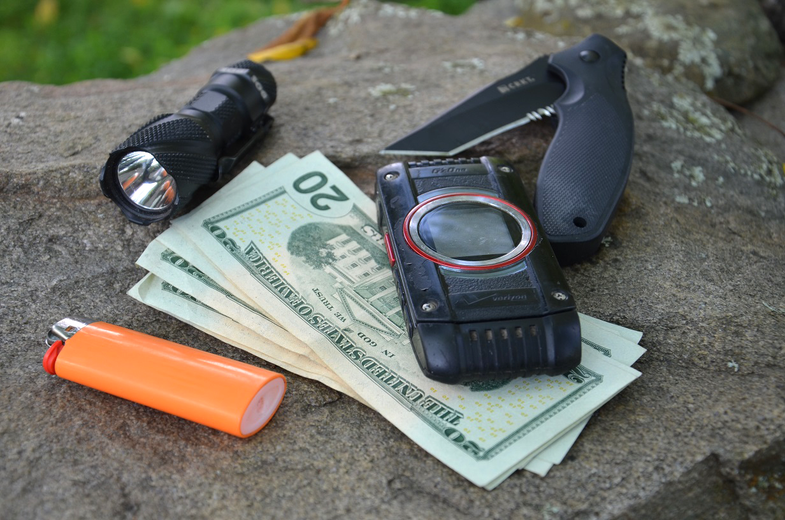 If you were in the military, or know people who were or are, you’ve probably heard someone utter the axiom “Two is one—one is none.” This phrase seems a little murky in the mathematics department, but it is spot-on when it comes to real life emergencies and the frequent effects of Murphy’s Law (you know, when bad stuff happens just because it can). The idea that one is actually “none” refers to your situation if you lose or break the one solitary item you needed, leaving yourself with nothing. By having more than one instance of an important thing, you’ve covered yourself for the eventuality that one item will be lost, damaged, or just stop working.

Simple stuff, but are we invested in our survival enough to actually make it happen? Here are five things you should carry in multiples, just in case you get in a bind.

1. Communications
When things get tough, being able to communicate is a critical part of your game plan. This communication could be signaling for help if you get into trouble in a remote (or not so remote) area. Or communication could mean using a backup cell phone to call for help during a crisis. By only having one mobile phone, no matter how rugged it is, you’re asking for trouble. Next time you upgrade your phone, save the old one and chuck it into your glove box or your bug out bag. You’ll have to remember to recharge the battery once in a while, but it’s worth the trouble. Other handy communication items can be signal whistles and mirrors, flares, and anything else that could get you rescued.

2. Cash
While we could argue that money doesn’t and shouldn’t make the world go round, it still kinda does. You may have a mountain of money in a bank, but it would do you little good in certain scenarios. Keep a few bills folded up and buried in your wallet or purse, and order yourself to leave them there unless it’s an actual emergency. This will take some willpower, but it gives you the currency to pick up some supplies, buy some food, or pay for a ride if there’s ever a problem with electronic payment systems or the electricity is out. Cash is king!

3. Weapon
I hope you never need either, but your every day carry weapon and it’s backup should be ready to go at a moment’s notice. We live in a volatile world and civility is a thin veneer that can be easily shattered in an emergency. Your go-to weapon (whatever that is) should have a backup.

4. Light Source
Batteries go bad. This is just a fact of life. Electrics and light bulbs fail too. A light source could be a life saver in a dark and scary situation. Keep a backup light of some kind, and some extra batteries on hand. Make sure you can find them quickly and easily, even in the dark.

5. Fire Starter
Fire is survival. Plain and simple. It allowed our ancestors to expand across the globe and it protects us today from the cold, bad water, dangerous organisms in food, and so on. I carry three fire sources and heavily favor the ones that produce an open flame (butane lighters). These are cheap, don’t raise any eyebrows if you have to turn out your pockets, and they serve many uses. Matches and ferro rods can act as nice fire starting backups.

Please tell us what you carry in multiples, and why, by leaving us a comment.