Fall has been a time of harvest throughout the ages. It provides us with a natural season of plenty and... 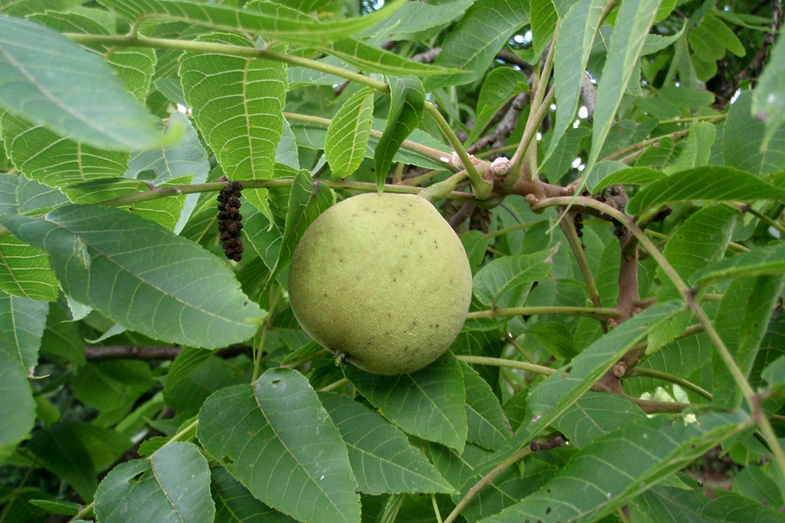 Fall has been a time of harvest throughout the ages. It provides us with a natural season of plenty and a critical chance to stock up before the starving seasons of winter and spring arrive. Fall is also a time to plan ahead for the colds, coughs, flus, and other problems that we know will arise in the coming seasons. There are several potent wild medicinal plants at their peak in autumn that we can harvest, process, and set aside for future maladies. Whether you’re a homesteader, survivalist, or just interested in natural living, here are four of the best autumnally harvested wild plants that yield medicines. And they’re ready to be collected now.

Black walnut (Juglans nigra)
There is a powerful vermifuge (de-wormer) in the green-colored walnut husks, and the best time to harvest this material is when the black walnuts have reached full size, yet still cling to the tree. Pluck the fruits while they are still hard and have no dark spots on them. Wear gloves when harvesting, and especially when processing them, to keep them from staining your hands. Break or cut the husk free from the walnut’s inner shell. Place the husk pieces in a glass jar and pack it to the brim. Add high-proof alcohol (like strong vodka), until you have covered the husks. Let this jar sit in a cool, dark place for 6 weeks. Strain off the liquid, and use it as a tincture to repel worms. Drink six drops in a small glass of water first thing in the morning and another six drops at bedtime for one week. If worms are still present after 10 days, take a two-week break from this treatment and try another one-week course. One capsule of cloves (500 mg per capsule, available at health food stores) taken two times a day, can increase the effectiveness of walnut, as can a few daily drops of tincture of wormwood. Black walnut tincture is also a great substitute for iodine, when used on cuts, scrapes, and scratches. (Pictured above.)

Goldenrod (Solidago spp.)
These beautiful yellow flowers atop 4- to 6-foot-tall stalks are a great source of tinder material after they dry and turn brown. But while they are still fully yellow, they can be collected and dried to be added to an allergy relieving tea. Dry the golden yellow tops for two weeks, then blend equal parts of goldenrod tops, astragalus (milkvetch), nettle root, marshmallow root, and half a part oregano. Take one tablespoon of this blended mixture and add it to one cup of hot water. Steep with a lid on the cup and drink one or several cups per day for allergy relief. This recipe is courtesy of my herbalist friend Rod Morey. You can find more of his remarkable recipes here.

Barberries (Berberis spp.)
The little red berries of barberry contain a compound called berberine. This acts as an immune system booster, helping your body to fight off viral attacks like the common cold and the flu. The bitter taste of the berries isn’t very inviting, but eating a handful each day you’re feeling sick can shorten the illness, much like elderberry and echinacea. Look for small bushes with small, dangling red berries. The two native varieties of the shrubs will have thorns in sets of three, growing all over the twigs. The introduced Japanese species will have single thorns growing around the twigs. All three species can be used medicinally. Check the seeds of the red berries of all species for an additional point of identification. These should contain dark, slender seeds – typically two seeds per berry.

Boneset (Eupatorium perfoliatum)
This strangely leafed plant makes a great tea to help you fight off colds and flus. It is a native species with a long history of use against viral ailments and Dengue fever (aka breakbone fever, potentially the source of its odd name). Use the dried leaves in a tea, one tablespoon of leaves per cup of water, and drink several per day until the illness subsides. This plant was credited with a decreased mortality rate among treated patients during the Spanish Influenza outbreak of the early 1900s.

Do you make wild medicine? Let us know what you use and how you use it by leaving a comment.