Survival Skills: Safely Deal with Trash and Waste if the Grid Goes Down

We tend to ignore the gross stuff. That’s just how humans deal with the things we find repulsive. And because... 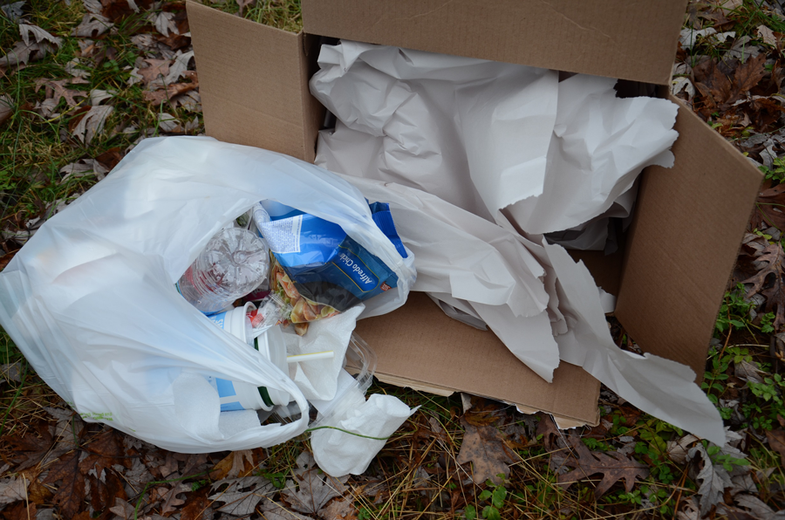 We tend to ignore the gross stuff. That’s just how humans deal with the things we find repulsive. And because of this psychological blind spot, we tend to forget what a luxury it is to have our stinking trash and even stinkier sewage disappear every day. But what happens when the grid goes down and waste removal services cease? Can we safely take on these distasteful chores ourselves? Here are some basic options.

Be Your Own Trash Man
In the country, it’s not uncommon for some households to burn their trash. While this may be an option for some folks in some situations, it’s hardly a remedy for all. Digging a generous hole in the back 40 acres and creating your own dump is another rural option with little carryover to urban or suburban life. So this leaves us with the question of how to perform trash disposal without burning or dumping.

The best route begins with trash separation; that is, looking at exactly what you are throwing away in a grid-down scenario. For starters, divide your refuse into “dry trash” and “wet trash.” Cardboard from food packaging, empty bottles and cans, and anything else that can be re-used or re-purposed should be culled from the dry trash. Store the cardboard and rinsed containers where you can keep them clean, dry, and out of the way. Other dry trash should be compacted into a bin or box until it can be dealt with later. Unless there is a lot of food residue in it, this trash shouldn’t stink and it shouldn’t be very attractive to mice, rats, roaches, and other pests.

Trash with any food residue, and trash that is actually wet (like spoiled food, food scraps, etc.) will draw pests and become a health hazard as it decomposes. This “wet trash” will need to be dealt with in a safe and timely manner. Options include a small backyard burial, burning in a small barrel or pit (if conditions allow and the trash is flammable), or disinfecting and deodorizing the trash and storing it until you have an opportunity to dispose of it properly. This third option involves putting the trash in a sealed bucket with a splash of bleach, a layer of wood ashes, or any other odor controlling substance that is inhospitable to bacteria and fungus. But before you designate something as “trash” during an emergency, ask yourself if there is some other use for the item. Maybe that spoiled frozen food from your downed freezer could be handy as a trap bait. As the saying goes, one man’s trash…

Build A Bucket Bathroom
For those who have on an onsite septic system (the norm in a rural area), all you need is a gallon bucket and any water source and you can keep flushing your toilet until the end of days—or until the water runs out. But for folks on a municipal sewage system, your toilet and other drains might just stop working. This poses a serious health threat for your family or household. If you just start relieving yourself in the yard, there’s a good chance that fecal matter will get tracked back into the house, especially in rainy weather. This can lead to diarrhea, which can turn into dysentery, a fatal condition in a grid-down situation. Even a proper outhouse in the backyard could be a health hazard if flooding occurs.

So what’s the solution? Bucket bathrooms are generally the best option. Keep several 5-gallon buckets on hand, ideally ones with toilet seat lids that are available where disaster supplies are sold. Use one bucket for urine, and a separate bucket for solid waste. The pee bucket is the simple part of the operation. When it’s nearly full, pour the bucket out onto some absorbent ground away from your home and paths of travel. It will stink if it takes you more than a week to fill the bucket, but what you’re smelling is mainly ammonia. Don’t worry too much about the odor, since pee is not as dangerous a health threat as a bucket of feces.

Speaking of that other bucket, you’ll need some type of absorbent material that you can sprinkle on top of the contents after each use, and something to deodorize the bucket. Wood ash serves both needs. Moss or shredded newspaper can work as the absorbent agent and a little sprinkle of bleach or diatomaceous earth will work as the deodorizer. The toilet paper used with this bucket also acts as an absorbent, so you may not need much extra stuff in there. Keep hand sanitizer near the bucket and enforce its use. When it’s nearing full, place a tight lid on the bucket. Mark it as human waste on the outside with a permanent marker, and store it outdoors in a place where it cannot be affected by flooding and it’s out of the reach of animals. Take these biological disasters to the landfill if the grid goes back up, or consider making a catapult to fling them at marauders if it doesn’t. Good luck and keep it clean.