Trout are king in the world of flyfishing. And while you can find fly rods geared toward every type of... 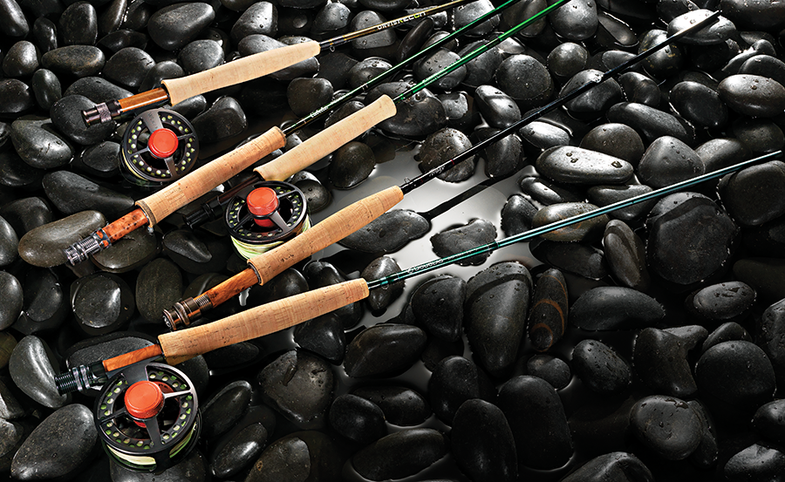 Trout are king in the world of flyfishing. And while you can find fly rods geared toward every type of sport fish that swims and every imaginable fishing technique, freshwater trout rods account for nearly three-quarters of the fly-rod market.

The 9-foot 5-weight is the most popular and workhorse-like configuration—­think of it as flyfishing’s .30/06. As such, it is expected to do it all, from tackling small, snaggy freestone creeks to large, windy Western rivers. That’s a tall order, as it takes a special rod to be able to fish everything from size-22 dries to weighted size-4 streamers.

Fortunately, we can report that each of the rods in this evaluation is up to those challenges. It is also heartening to note that these capable fishing tools are being offered at price points to suit most budgets. To see how they performed in our head-to-head shakedown, read on. 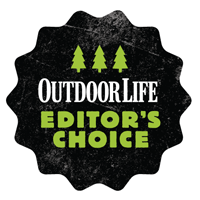 This rod’s name evokes backcountry adventure and exploration with a tactical, or at least tough-guy, edge, and the Recon lives up to that promise. The price might be hard for a casual angler to swallow, but it feels justified based on how well the rod is designed and how it performs.

User-friendly features include alignment dots that make quick work of assembly, especially in low light, and dual rings on the uplocking reel seat to keep the reel firmly in place over a long day of fishing.

The shadow-green blank, black nickel reel seat, and dark wood insert give the rod a stealthy vibe. The quality of the cork was good—not great—but the shape and feel of the handle were as comfortable as you could ask for.

The Recon’s most noticeable attribute is the amount of control it provides. It booms out casts and manipulates line nearly effortlessly. Its accuracy, for targets both near and far, was the most impressive of all the rods in the test. It delivered flies to hard-to-reach seams with pinpoint precision.

As befits a 9-foot 5-weight, the Recon is tremendously versatile. It can definitely hold its own on small brush-choked creeks or broad, windswept rivers. It was able to flick out snag-defying casts with not much line beyond the tiptop, and shoot line into the next zip code when called upon.

The rod’s stout backbone gives it the authority required to strip a heavy streamer through fast water and then handle the kype-jawed monster that latches on. 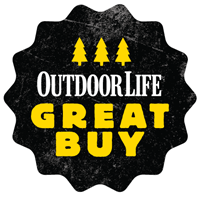 The Douglas brand might be new to the fishing market, but the man behind the company is not: Jim Murphy was responsible for putting Redington rods on the market many years ago, offering very good fly rods at excellent prices with an attractive warranty.

Douglas fly rods are built along this same appealing model. The DXF is the company’s high-end offering at $325. The rods are built on high-modulus blanks and constructed with an excellent taper that provides all-around solid fishing characteristics.

The grip on the DXF was one of the beefiest in the test, but its hand-filling dimensions didn’t detract from the way the versatile rod performed. It aerialized line easily and was able to dredge weighted nymphs out of the water with ease for efficient casting. It performed roll casts very well and was quite accurate. The DXF isn’t a flashy rod, but it hits a real sweet spot when it comes to performance and value.

On the design side, the dual uplocking rings on the reel seat are a nice touch that helped keep the reel from slopping around. The fit on the ferrules was good as well. The rod never came loose while being fished.

It wasn’t quite as responsive as some of the more expensive rods in the field, but it certainly held its own. This journeyman’s tool can take on pretty much any fishing task. Expect to see a generation of young, budget-minded anglers jump on the Douglas bandwagon.

The Accel’s half-wells cork handle is smooth and free of unsightly pores, and it fits perfectly in hand. The attractive blank is super sensitive, transmitting the slightest ticks of a weighted nymph. Given how slender the rod is, it has a surprising amount of backbone. It mended line very well, but it didn’t seem as sharp as a couple of the less-expensive entries. It cast extremely well and was able to deliver everything from small dries to bulky streamers. The Accel did a good job of tossing tight loops and it shot line an impressive distance. A lifetime warranty takes away some of the sting of the price.

Building the Nexus on a blank of 100 percent graphite, as opposed to the more costly Boron III, allowed Winston to offer it at a much lower price than is typical of its rods. This consummate trout rod casts instinctively and is marvelously sensitive. It’s stiff enough to make lightning-fast hooksets and has plenty of backbone to fight surly browns. Controlling loop size and line position was simple, making for excellent presentations. The bad news: The reel seat fell off during testing. The adhesive let go and it came apart. This is easy to fix, but it’s not what you want (or expect) in a high-end rod.

This value-oriented offering performed serviceably during the evaluation. On targets within 35 feet, where the majority of trout fishing occurs, it was deadly accurate. It can swing a streamer, turn over a diminutive PMD, and cast a hopper-­dropper rig. The grip is comfortable, and it balances nicely in hand. However, the Theorem has its limitations. The rod had a tendency to bottom out, and it gave muted feedback. Casting longer distances was a chore, and it lacked the backbone exhibited by the other rods. It also had the least lively feel. For the price, however, it is still an attractive option.

1. G. Loomis Pro 4X Switch
$480 / gloomis.com
Switch rods are designed to be fished with either one or two hands, depending on the fishing situation. They excel on broad rivers, when you’re fishing against steep backdrops, and under windy conditions. They allow the angler to snap out a T-cast when there’s no room for a traditional backcast, and to punch out long overhead casts to hard-to-reach lies. The new Pro 4X Switch from Loomis is a nicely balanced switch rod. Its 10-foot 6-inch length strikes the right compromise. It can be wielded with reasonable comfort with one hand, yet it has the length and leverage to perform Spey casts. In a 5-weight, it can handle trout and lighter steelhead and salmon duties.

2. Redington Vapen Black 590-4B
$350 / redington.com
This is an updated version of the original red-­handled Redington model launched a couple of years ago. The Vapen is notable for the construction of its handle, which is made of polymer instead of traditional cork. To create this unique fly rod grip, Redington turned to Winn Grips, which makes grips for golf clubs. I was prepared to not like the Vapen, and initially I wasn’t crazy about the squishy feel of the grip. But after fishing it, I have to say I took a shine to the concept. I don’t know if the grip amplifies casting power or reduces fatigue, as Redington claims, but I can say that I didn’t feel hampered in any way by the technology.

I’ve taken a real liking to this sturdy tippet holder from Fishpond. It is made of aluminum and has a spring-loaded latch that keeps the crossbar that holds the tippet spools securely in place, yet it is easy to open when necessary. It holds up to seven spools of tippet and has a handy razorblade cutter to slice off segments of tippet as you pull them free. It clips easily onto a jacket, vest, or chest pack, but also stores well inside a pocket. ($19.95; fishpondusa.com)

How We Test
To make the fly rod test an apples-to-apples evaluation, we limited the field to new 9-foot 5-weight rods. In order to make an accurate appraisal of their performance, we rigged them with identical reels, lines, leaders, and flies. When casting with small dries, we used 12-foot 5X leaders; we switched to 9-foot 4X leaders for nymphs; and we fished streamers with 6-foot 2X leaders.

The rods were cast side-by-side under controlled conditions on rivers, streams, and lakes in and around Bozeman, Montana. They were also fished throughout the fall on various waters, including the Gallatin, Madison, and Yellowstone rivers.

Correction: In the print version of this piece [April 2015] we incorrectly stated that the Douglas DXF 5904 was made in the U.S.