How much do you think you know about tracking? 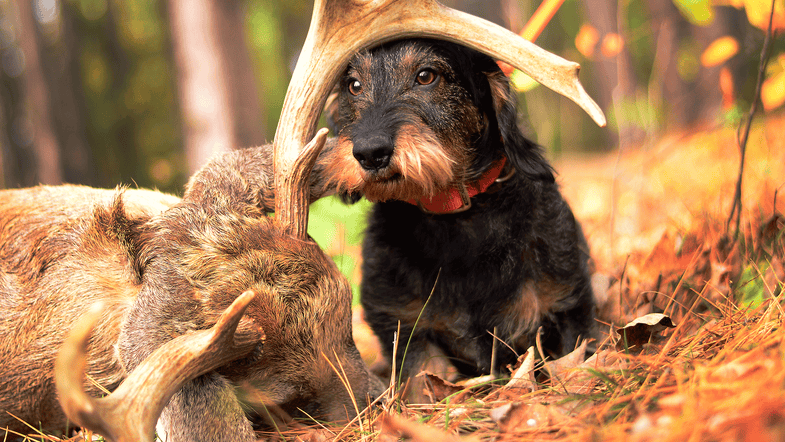 I’ve been tracking wounded deer since the early 70s during that time when my bowhunting mentor “Tracker” Thomas introduced me to the art and science of blood trailing. Over the years, I’ve learned a few things but had to “unlearn” some as well. Much of my “unlearning” came with the help of my tracking dog Radar who taught me more about following wounded deer than I could have ever hoped to learn alone. Radar came to me through John Jeanneney who raises wirehaired dachshunds with his wife, Jolanta. Jeanneney has tracked more than 1,000 deer over almost 50 years, and is unquestionably the most knowledgeable deer tracker in the country. The pair have contributed much to what we know about tracking deer. John, is a former college professor and a scholar and has written two outstanding tracking books: Dead On and Tracking Dogs for Finding Wounded Deer (find them at: www.born-to-track.com).

Unfortunately, wounded deer tracking is as much myth as reality. Here are some of the more popular myths that you can live without, or at least question. Every track is unique in it’s own way and every track demands that you apply every clue you can to solve the mystery and recover the animal. 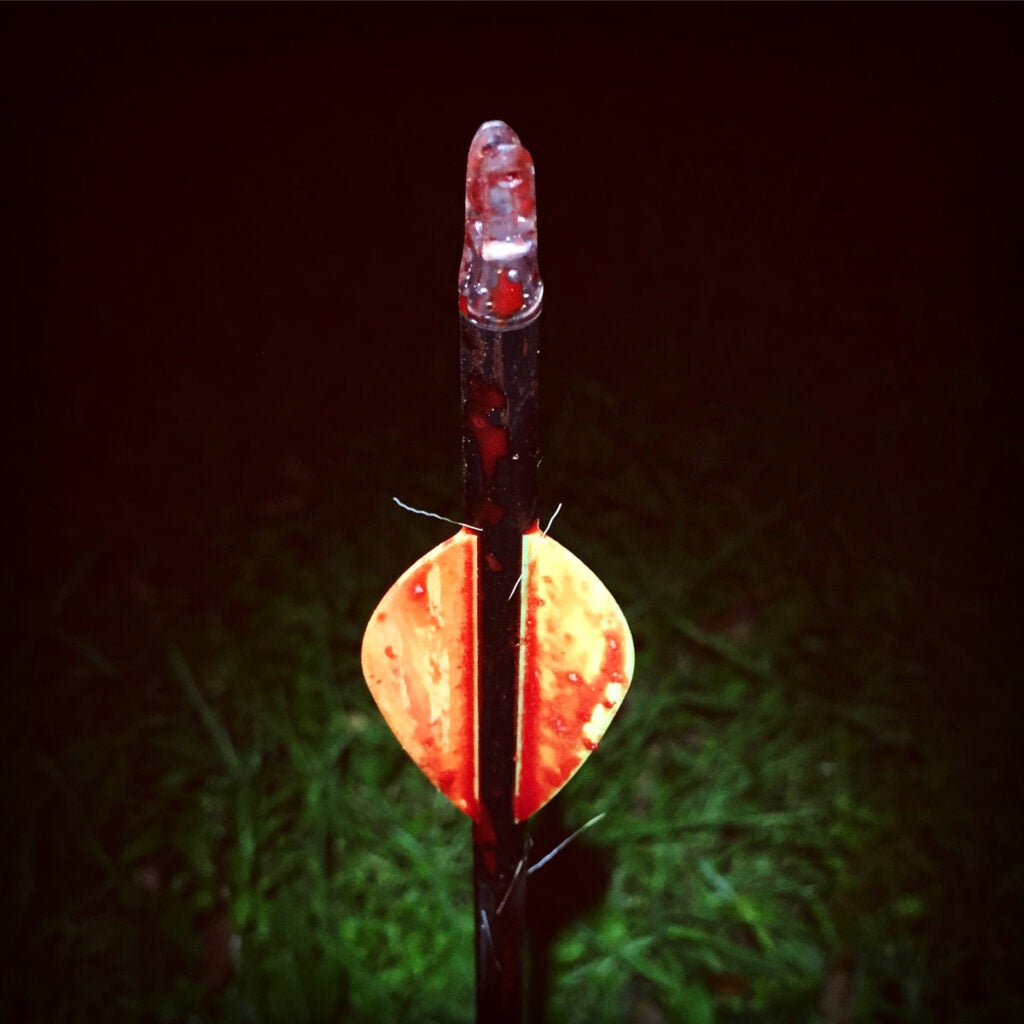 Wait After the Shot

Myth 1: Wait After the Shot

Bowhunters have been trained for 50 years to wait after the shot, but waiting is not always the best approach. For starters, after any shot you need to thoroughly inspect the location where the animal was standing when the shot was taken. You need to do this while it is still fresh in your mind. Too many hunters fail to mark the exact location of the impact site. 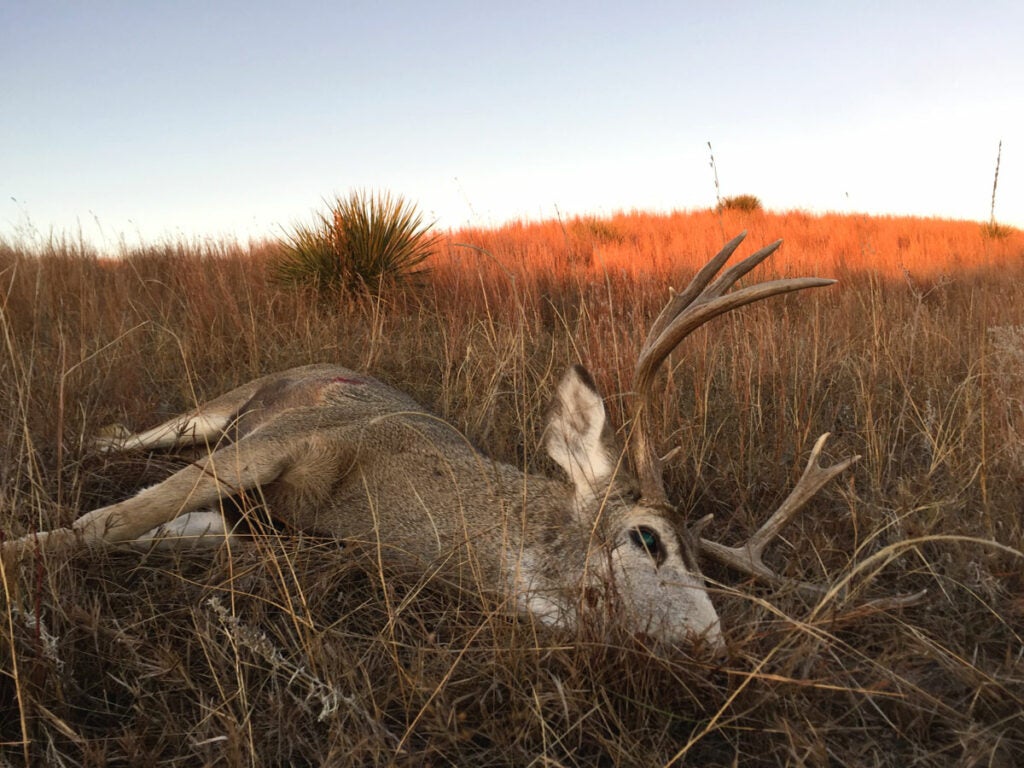 Give Him Time to Stiffen Up

Myth 2: Give Him Time to Stiffen Up

Deer only stiffen up after they die, so forget about the “stiffen up” theory. They lie down because they are very sick or have reached a place where they think they can safely lie down. You don’t necessarily want to bump a wounded deer out of its bed but there are times when it’s a good idea to get on a wounded deer and stay on it. Certain muscle and bone hits produce bleeding which will lead to death if enough blood is lost. Pushing the deer can keep the heart pumping at an elevated level which can stimulate blood loss and work against blood coagulation and healing. The trick is understanding the type of wound you’re dealing with. Keep the deer bleeding if the hit is not inherently fatal — this won’t happen if the deer beds, quiets down, and the blood coagulates. On occasion, pushing a wounded deer is your best option.

Getting on him right away can sometimes allow you to get another shot into him, too. I have observed many animals stagger about in an impaired condition before getting their wits and/or limbs working to allow them to flee and fully escape. Sometimes the backup shot is the one that does the trick. 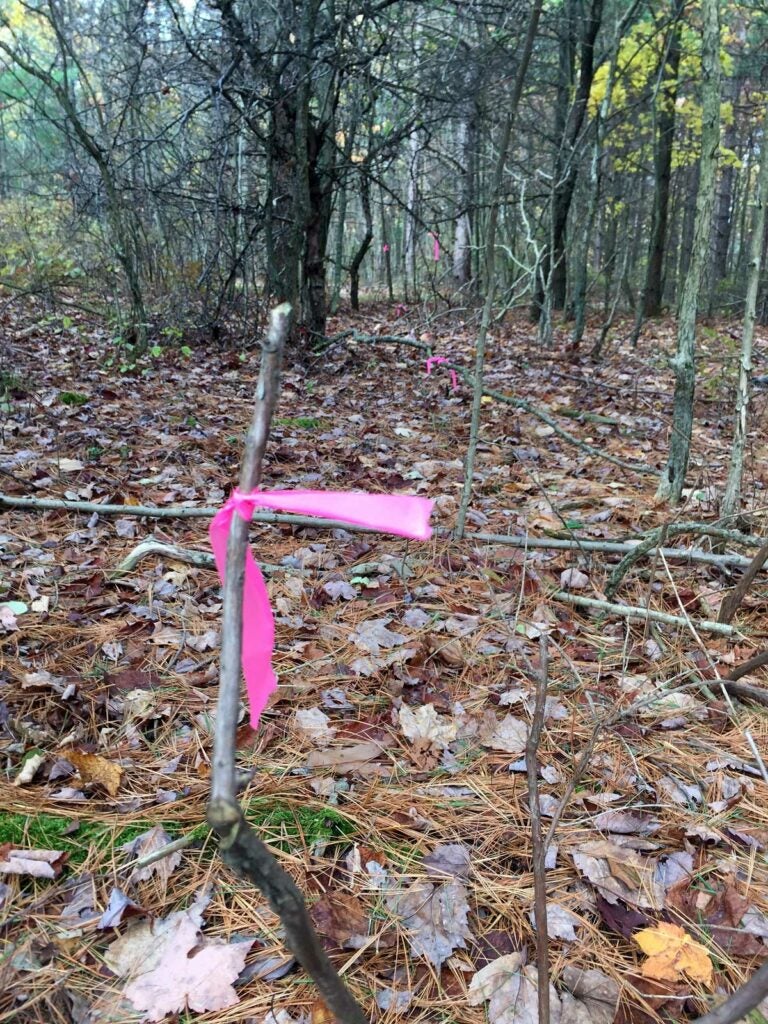 A Gut Shot Deer is a Lost Deer

Myth 3: A Gut Shot Deer is a Lost Deer

Sadly not all of our arrows fly true. Same goes for our bullets. Over one half of a deer’s body mass lies behind the diaphragm. Deer shot “a little back” are not lost deer. They might be temporally lost but almost always die.

“Gut shot” deer typically die 8 to 12 hours after being shot. These are the deer you don’t want to roust from their beds or unnecessarily pressure. When you pick up a green-slimed arrow and it smells like a barn, you don’t have to go home without a deer. You just have to go back to camp and wait the better part of a day before going after it. A gut-shot deer will almost always wind up dead, you just don’t want him to die in the next township. So, in this case, don’t push him. 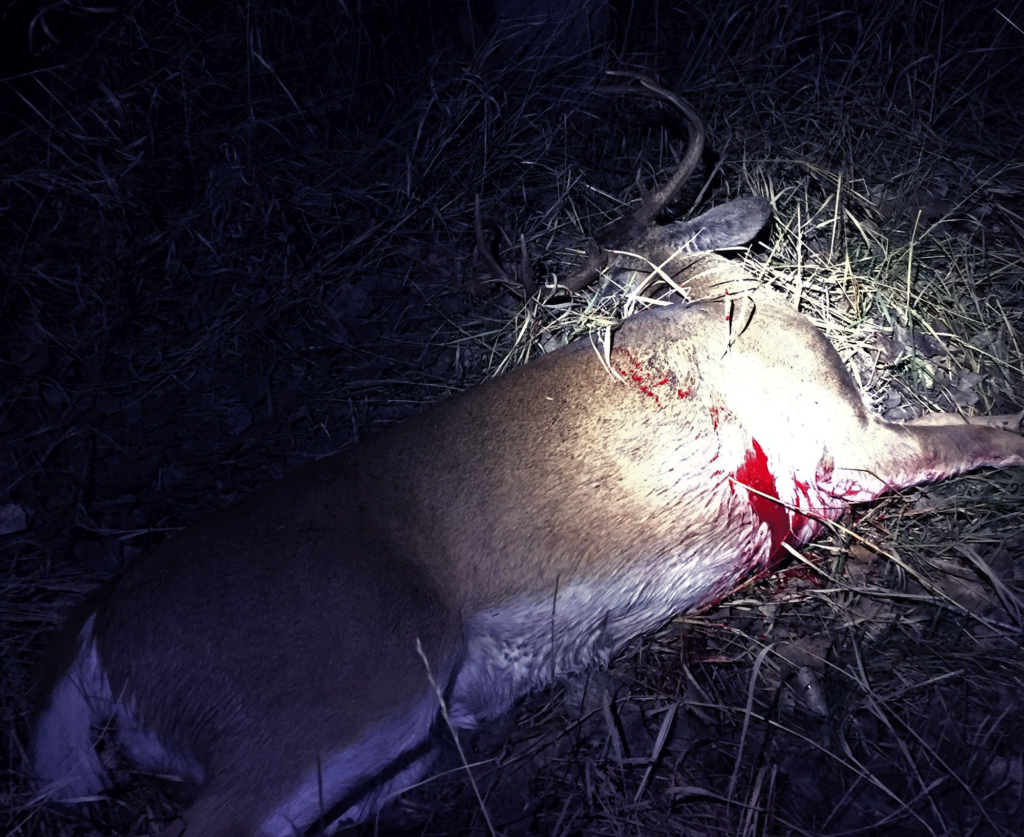 Pick Him Up in the Morning

Myth 4: Pick Him Up in the Morning

I’ve had coyotes beat me to dead deer twice in the last five years. Once I waited until morning to track, and once I went back to camp and had a bowl of chili before heading out to pick up what I was sure was a dead deer.

Another time a bear moved the carcass of a dead deer I left in the woods for the boys to pick up. Thirty years ago, we would often leave a deer until morning (provided it was cold enough), before going after it. But the proliferation of coyotes and bears has changed all that. There are places in the country where it’s almost a footrace between the hunter and the predators to the dead or wounded deer. It’s that bad and that simple, period! If you’re certain you made a good hit, get on the track and get to your deer before the coyotes do. 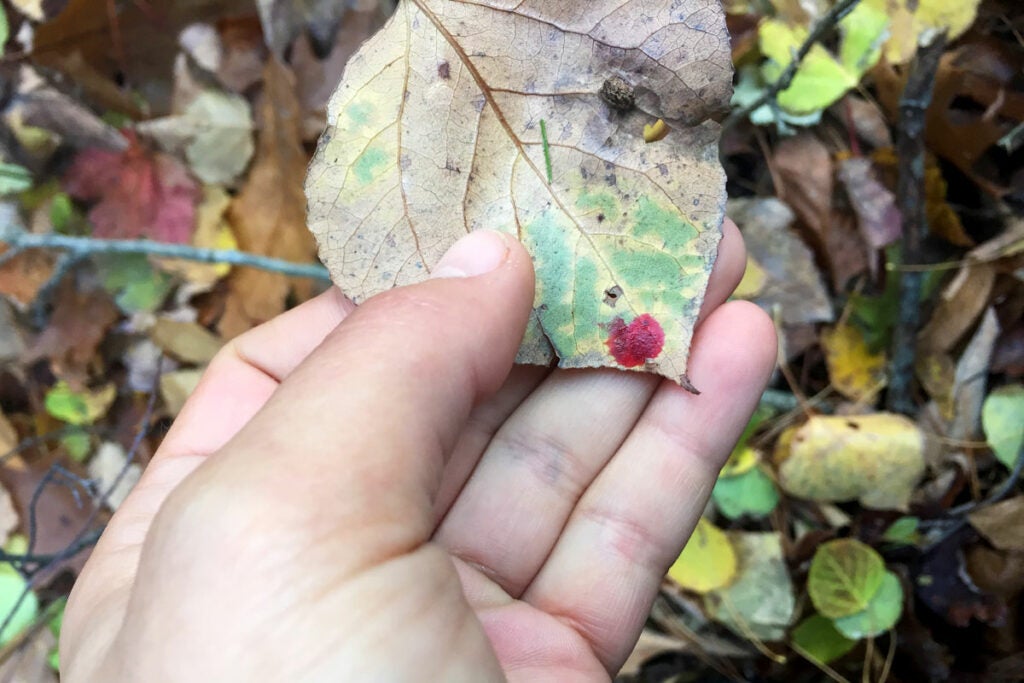 It may or may not have anything to do with water. A deer that routinely beds on a high spot in a swamp may well head for that spot but for safety not for a drink. A wounded deer may cross a river, stream or beaver pond but not because it feels like a swim. A gut-shot deer will most likely (eventually) head for water as fever sets in and it has the urge to drink. I’ve tracked wounded deer for miles who have shown no inclination to head for water. What they will do with some frequency is try to get back to a safe area to bed down. 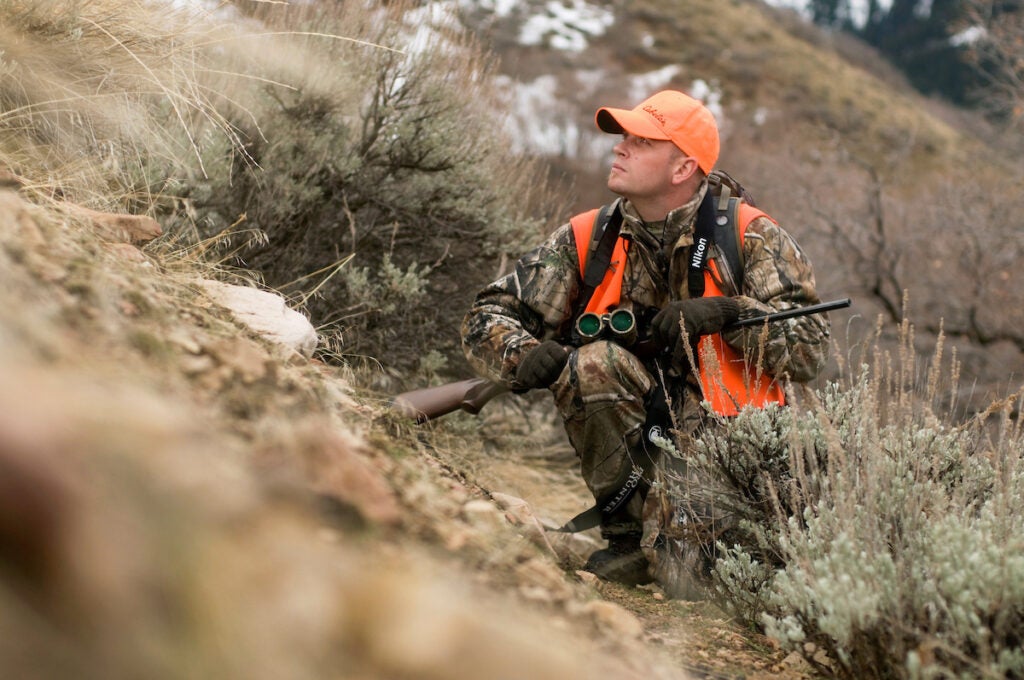 I wish I had a nickel for every wounded deer I have chased up the side of a mountain. They will go uphill and come down the other side if they feel like it. Of course a deer with a wound that impairs mobility will most likely shy away from a steep climb, but don’t let the old myth about wounded deer not going uphill keep you from heading up if the sign is pointing that way. In fact, wounded deer often head uphill if that’s where their security area lies. 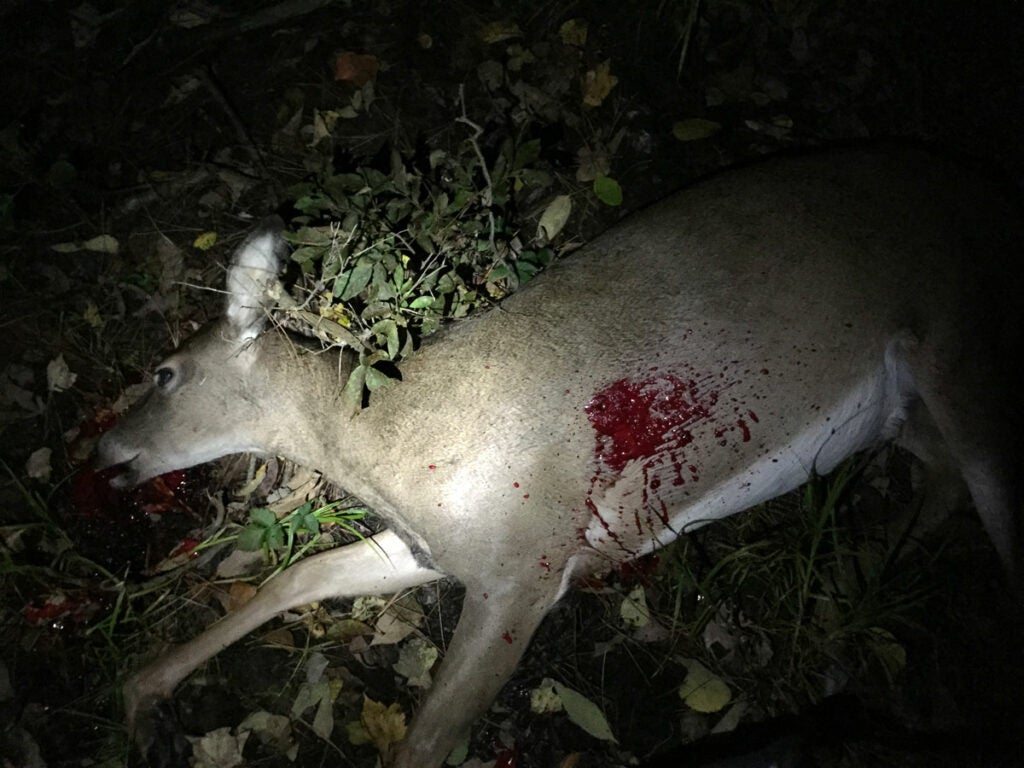 An Arrow in the Lungs Means Dead Deer

Myth 7: An Arrow in the Lungs Means Dead Deer

Oh, if only that were true. Put a well-placed arrow through one or both lungs and you will generally have a dead deer. But, on occasion, hunters have opened deer showing where a broadhead has pierced a lung and the deer has survived to fight another day.

Generally the wound is high on the lung, (almost always on just one lung). I have personally killed two deer who were shot through one lung a season or more earlier. When discussing my findings with folks who know something about how organs work and wound trauma, they theorize that the wounded lung collapsed, stopped working and the wound healed. 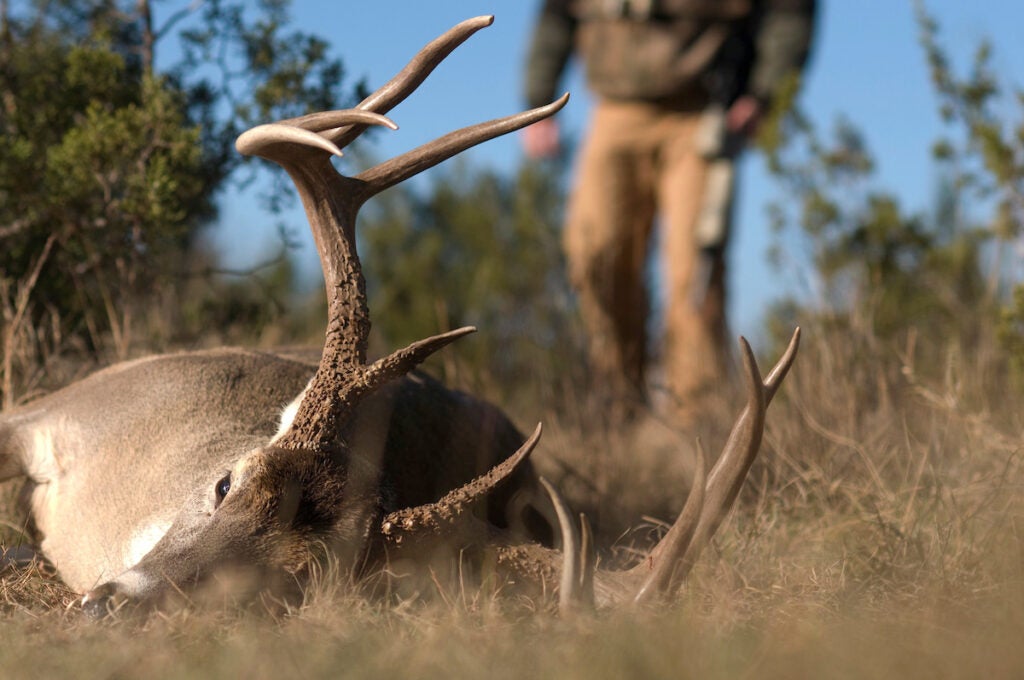 Myth 8: Down is Dead

Sometimes a deer shot with a rifle or shotgun goes down like a pile of bricks. The gun goes off and the deer goes down instantly, the hunter congratulates himself and does a little victory dance or some other foolish thing like pouring a cup of coffee or heading to the truck for lunch.

What the hunter should be doing is keeping the deer “covered” with firearm at the ready for a second shot. Instant “drops” are often the result of nervous system shock which can dissipate with time. The deer regains its equilibrium and is off to the races. Hits near the spine can cause this reaction and occasionally do. Be sure that deer is dead – all the way dead. The same goes for recovering “dead deer” who need to be shot again to prevent them from getting up and getting away. 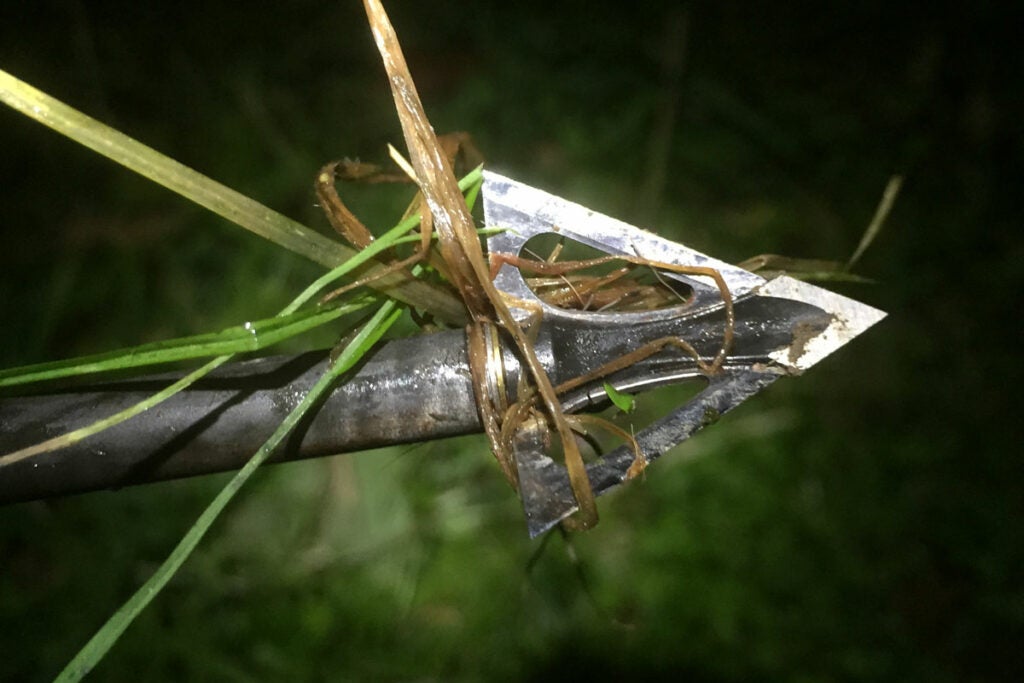 No Blood Means No Deer

Myth 9: No Blood Means No Deer

Occasionally you’ll find a hunter who gives up on a deer because there is no blood. Hunters are obliged to do everything in their power to stay on the trail of a deer that has been shot or shot at.

Sometimes a well-hit deer won’t show blood for 100 yards or even longer. Some deer never show blood or any other sign of being hit, only to pile up a couple hundred yards from the shot. Use any sign you can to follow a deer you have shot at.

All kinds of things can happen to prevent blood from exiting a wound. Anyone who owns a tracking dog can tell all kinds of stories about following deer for extended distances without any blood to show the way. Many hunters have “tracked” dead deer without a drop of blood to guide their way. 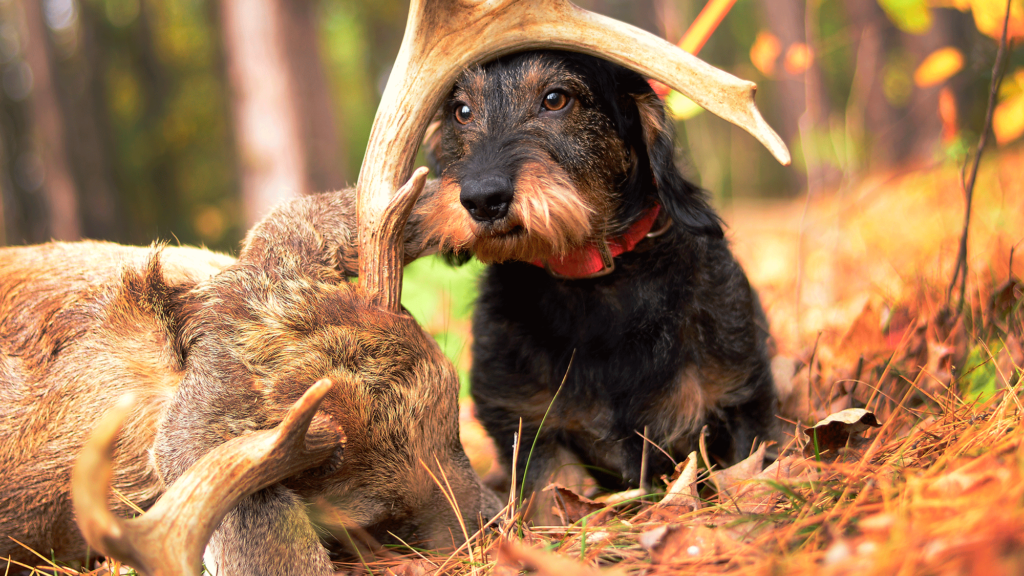 The Dog Will Find Him

Myth 10: The Dog Will Find Him

Not necessarily. Tracking dogs are a wonderful asset but they are not miracle workers. A bad hit is a bad hit and no tracking dog in the world can recover a marginally hit deer.

Even the best dog has no hope of recovering a buck which is in the next county chasing does. There are organizations of volunteers out there that would rather track than hunt. They take calls from hunters who can’t find the deer they shot. Some of these dedicated men and women take 100-plus calls from hunters each year. Even the best of them have a season where about 50 percent of the deer are recovered. A poor hit is a poor hit, and often means a lost deer.

Story Behind the Video:

At 7 a.m. on Thanksgiving, Carmen Bombeke shot at a buck near her home, in Camden, Maine. The deer was walking at about 60 yards, and she saw it kick and run but was unable to get a second shot into it. She texted her husband, Terry, and when he arrived two hours later, she left her stand and went with him to investigate.

They found hair and blood, but there was paunch matter in the blood and the trail was spotty. They decided to back out and call Susanne Hamilton, a state-licensed blood tracker whose wirehaired dachshunds have been used to find deer, bear and moose. After asking a series of questions on the phone, Susanne determined that the odds of finding the deer were good, and she showed up with her 14-year-old dog, Buster, a two-time national-champion field-trialer.

Here Buster gets a Thanksgiving treat: to track “a nice paunch hit.”

For more information about tracking dogs, visit the website of United Blood Trackers, an organization “dedicated to promoting resource conservation through the use of trained tracking dogs in the ethical recovery of big game.” The organization’s Facebook page is filled with great pictures, stories and videos.