Over half a million of the small, silvery fish have already made their way to China Lake 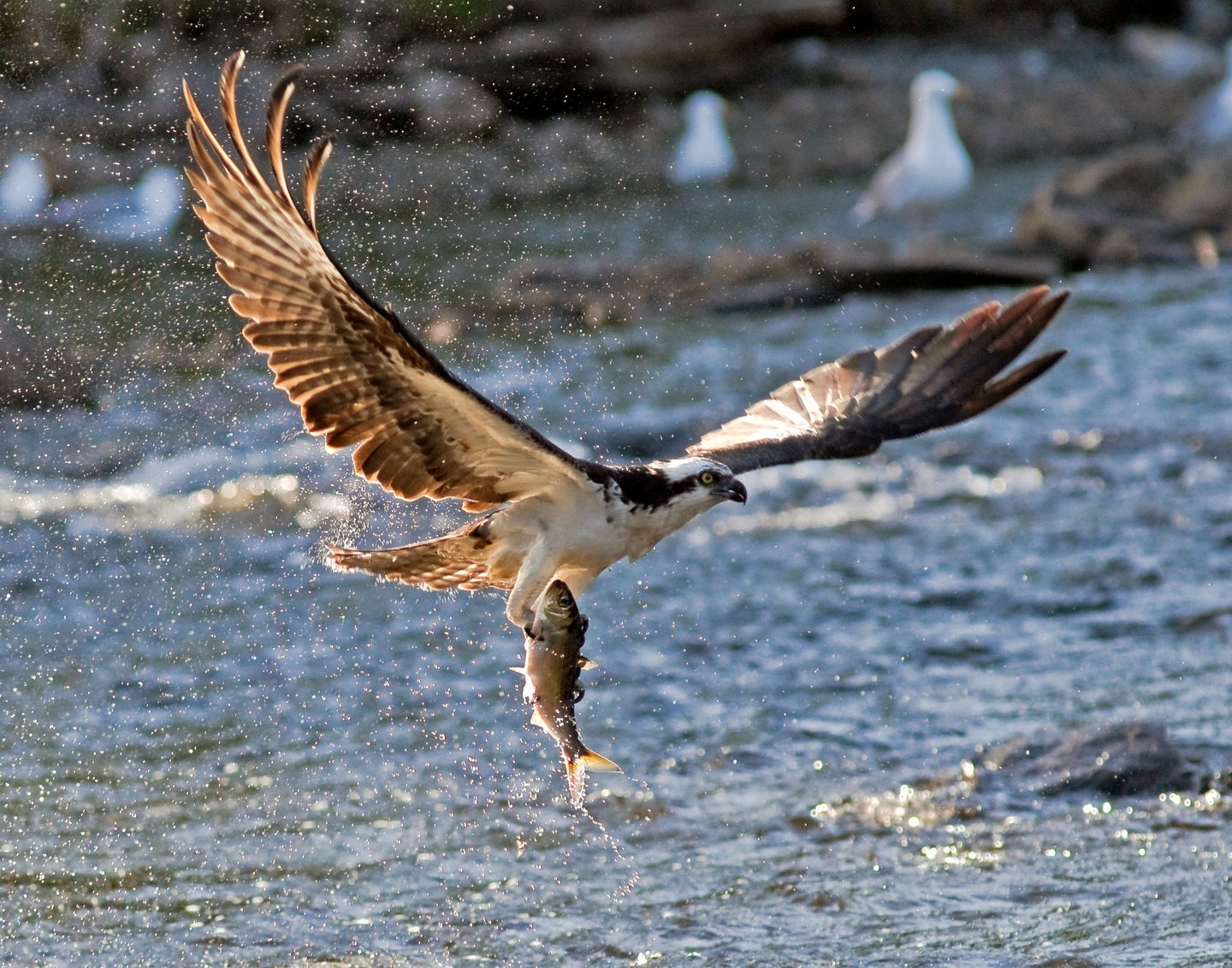 For the first time in over 200 years, a native species of sea-run fish have naturally made their way from the Atlantic Ocean to Maine’s China Lake. Also known as river herring, alewives have been blocked from their native spawning grounds for centuries by a series of outdated dams.

The last time alewives successfully completed their roughly 70-mile migration from the sea to their spawning grounds, the United States was still in the midst of the Revolutionary War.

“This is really kind of a fascinating thing considering how long China Lake hasn’t had these native fish in it,” Marine Department of Marine Resources biologist Nate Gray told the local news.

Dam removal projects have been the key in restoring connectivity on the Sebasticook and Kennebec River Systems that drain China Lake. The removal of the Edwards Dam in 1999 and the Fort Halifax Dam in 2008 opened up the mainstem Sebasticook and Kennebec Rivers. That left a series of six smaller dams located on the outlet stream that links China Lake to these streams. And over the past five years, the China Lake Alewives Restoration Initiative, led by the nonprofit Maine Rivers, has either taken out these dams or built fishways around them.

Last year, the community-led conservation initiative finished work on the final barrier between China Lake and the ocean, constructing a fish ladder that allows fish populations to move around the uppermost outlet dam and into China Lake.

“This is great,” said Raymond Breton, who spoke with Maine Public about the two dams he owns on the outlet stream that are now open to fish passage. “You know, over half a million have gone through so far, and it’s only been like a month, if that. But there’s plenty more in the brook that are coming up.”

The MDMR considers China Lake a critical habitat. The freshwater lake is an important spawning and feeding ground for alewives, which are often referred to by fishermen as the “Purina Chow of the Sea.”

They are an important food source for popular sportfish like smallmouth and striped bass, as well as commercially harvested species like cod, which are known to follow alewives into coastal ecosystems as they make their annual spawning run. (In recent years, researchers have linked the disappearance of cod stocks along the coast of Maine to decreases in river herring populations, according to the Natural Resources Council of Maine.) The small, silvery fish also feed ospreys, eagles, otters, and other native species inhabiting the Kennebec watershed.

“It’s just a huge, huge, huge keystone species in the Gulf of Maine and beyond, and to be able to bring back a run of this size is truly remarkable,” said Gray, who expects that at least a million fish will return to the lake this season.