The new legislation seeks to ban all types of hunting contests, including for invasive species, on federally-managed public lands 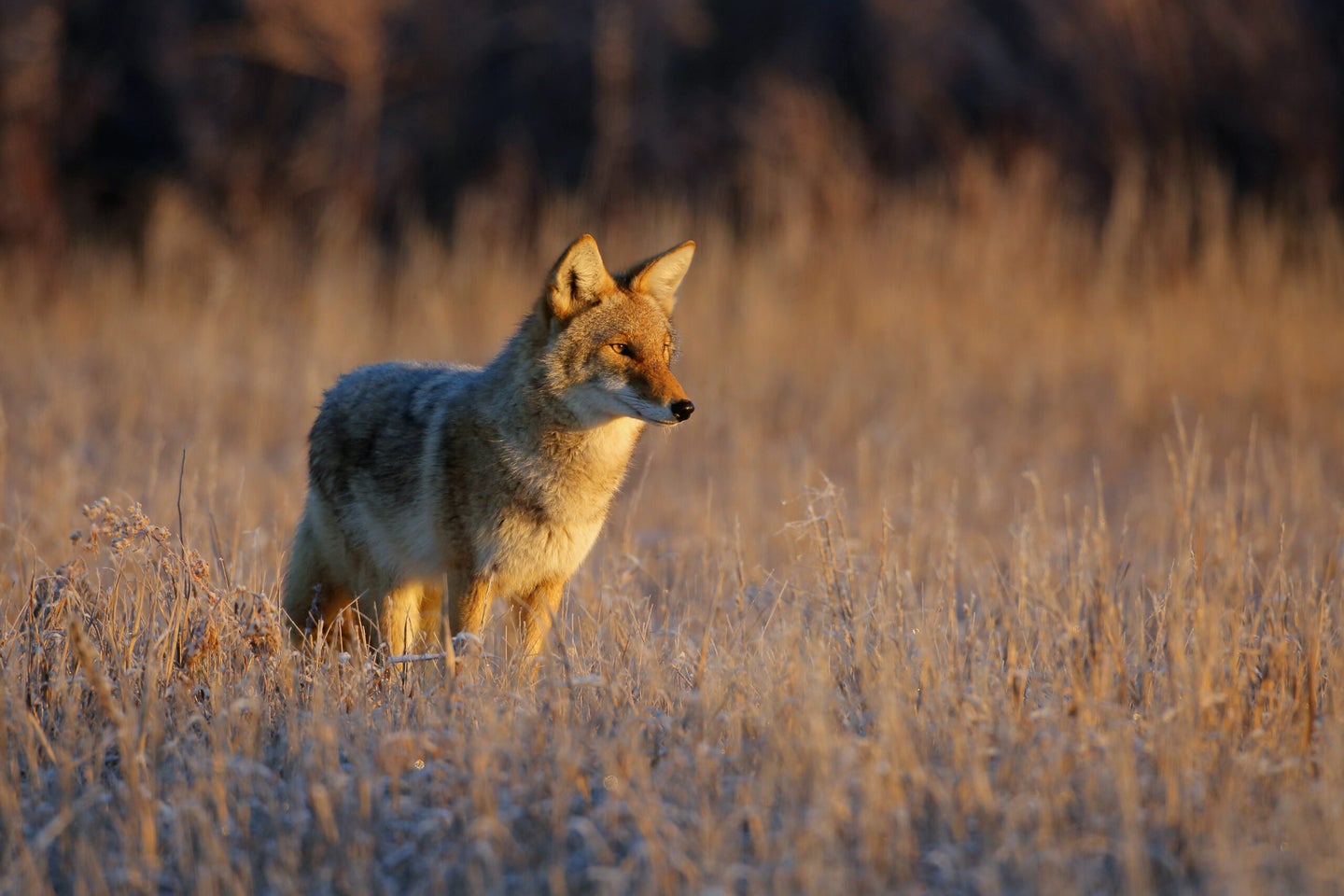 Coyotes are one of the main species hunted during the type of contests that would be banned. Peter Eades / USFWS
SHARE

Congress has introduced legislation that aims to prohibit hunting contests on America’s public lands. The Prohibit Wildlife Killing Contests Act of 2022 would require federal land managers like the Bureau of Land Management and the U.S. Forest Service to enact regulations banning these contests within the next year. The bill is sponsored by Representative Steve Cohen (D-TN), with 15 other Democratic members of Congress serving as cosponsors.

Hunting contests—in which competitors try to kill the most or largest animals in a specific timeframe—have historically proven controversial over the years. Arizona, California, Colorado, Maryland, Massachusetts, New Mexico, Vermont, and Washington have already banned these contests on state lands within their borders, and several other states—including New York and Pennsylvania—have introduced similar legislation at one point or another.

“America’s wildlife all play a special role in the natural ecosystem, and killing them for what some deem ‘sport’ is both cruel and unnecessary,” Rep. Cohen said in a statement introducing the legislation. “These contests serve no legitimate wildlife-management purpose and ending them is the right thing to do.”

Several animal-rights organizations are backing the proposed legislation. This includes groups like the Animal Legal Defense Fund and the Center for Biological Diversity, which have been outspoken adversaries of these contests in the past. The CBD, whose senior policy specialist referred to these contests as “ruthless kill fests,” is also involved in a number of other anti-hunting campaigns, including a lawsuit with the U.S. Fish and Wildlife Service that aims to block hunting and fishing opportunities on National Wildlife Refuges.

Hunting contests have also sparked controversy within the hunting and wildlife management communities, including among some who worry about the negative effect these contests have on the public’s perception of hunting.

“We don’t like anything that smacks of commercialization with money or prizes. Anything that doesn’t honor the animals grates on us and seems inherently wrong,” said Eric Nuse, former executive director of the International Hunter Education Association, in a past interview with Yale Environment 360. “These contests [also] create very poor PR for hunters.”

Meanwhile, hunters and organizations who support hunting contests argue that they help control predator populations and provide crucial funding for wildlife conservation. Some have brought up the fact that many of them target invasive species like nutria, a non-native critter that’s destroying vital wetland habitat on federal lands in places like Louisiana. In fact, the state is already using year-round commercialization of the critter—a bounty for every submitted tail—as a management tool. Contests focusing on such destructive species can help limit the amount of harm they do to ecosystems, while raising public awareness among wildlife managers. There is also the cultural aspect of the contests, which some argue is essential to the broader hunting and fishing community.

“The majority of these contests are sponsored by gun clubs, firehouses, and small-town community centers as fundraisers to support a specific need,” Pennsylvania hunter Carl M. Johnson wrote in a recent op-ed for the Courier Times about calls to ban hunting contests in the state.

The Prohibit Wildlife Killing Contests Act of 2022 was just introduced yesterday, so it still has plenty of hurdles to clear as it works its way through the legislative system. The Act has already been referred to the House Committees on Natural Resources and Agriculture.