The aerial wolf reduction program will continue for the next five years, and officials plan to take roughly 200 to 300 wolves annually 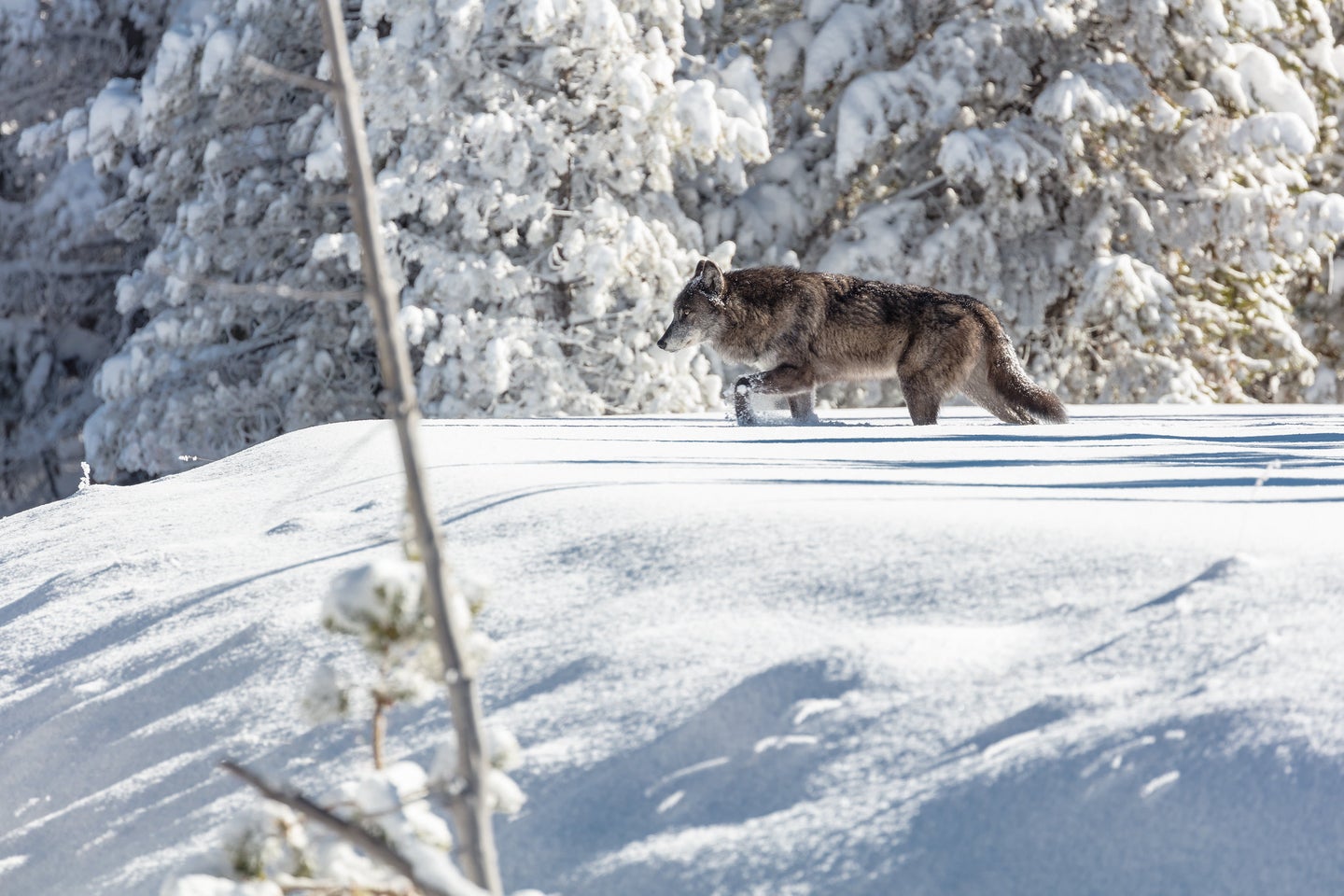 The British Columbia government has decided to extend its wolf cull program for the next five years, reports the Prince George Citizen. The extension of the aerial wolf reduction program is meant to help struggling mountain caribou populations in the province, which face the combined threats of habitat loss and increasing predation by gray wolves.

Several of the province’s mountain caribou herds are at risk of extinction, according to B.C.’s Ministry of Forests, Lands, Natural Resource Operations and Rural Development. Ninety-eight percent of the world’s mountain caribou live in B.C., just 1,500 animals making up 15 herds there. Predator control is just one strategy the government is using to recover these iconic herds, and the cull program will work in concert with a variety of habitat restoration projects that are currently underway in B.C.’s forests.

The Ministry confirmed the five-year continuation of the aerial wolf reduction program on Jan. 27. The decision was made despite opposition from environmental groups and some members of the public, who say the predator reduction strategy makes wolves the scapegoats and ignores the bigger threats that habitat loss and resource extraction pose on B.C.’s caribou populations.

The Ministry, however, has maintained that its decision to continue culling wolves using helicopters is based on the best available science, and “is the most effective and humane method to sufficiently reduce population density across broad, remote landscapes.” Ministry officials say the program is a short-term solution, since habitat restoration depends on forest growth, which takes time. They say the province’s caribou herds don’t have that much time and will be at risk of extirpation unless predator numbers are reduced.

“Our government’s approach to predator reduction is based on science and sound wildlife management principles,” a ministry spokesperson wrote in an email to CBC News. “The decision to carry out wolf culls is not taken lightly, but science and past results show that this recovery action is an effective way to decrease predator pressure on B.C.’s threatened caribou herds.”

Read Next: After Hunters Legally Take 23 Wolves That Ranged Outside Yellowstone, Montana to Close Region When 6 More Wolves Are Taken

The B.C. government started its aerial wolf reduction program in 2015. A total of 1,429 wolves have been removed from the landscape since then, and the government continues to stand by its claim that the program is an effective tool for halting or reversing caribou population declines in the short-term.

“Herds that were declining at a rate of nearly 15% annually stabilized immediately and their populations began to increase in response to wolf reduction,” the government says, citing a 2019 study that looked at the effects of the wolf cull program on B.C.’s South Peace herd. “As of 2021, the population of South Peace caribou herds have increased by 81% since the initiation of wolf reduction.”

According to a government fact sheet, wolf populations in the province are “stable to increasing.” Their estimated population is approximately 8,500, and the government says that its decision to cull 200 to 300 wolves annually over the next five years will not threaten the long-term viability of B.C.’s gray wolves.