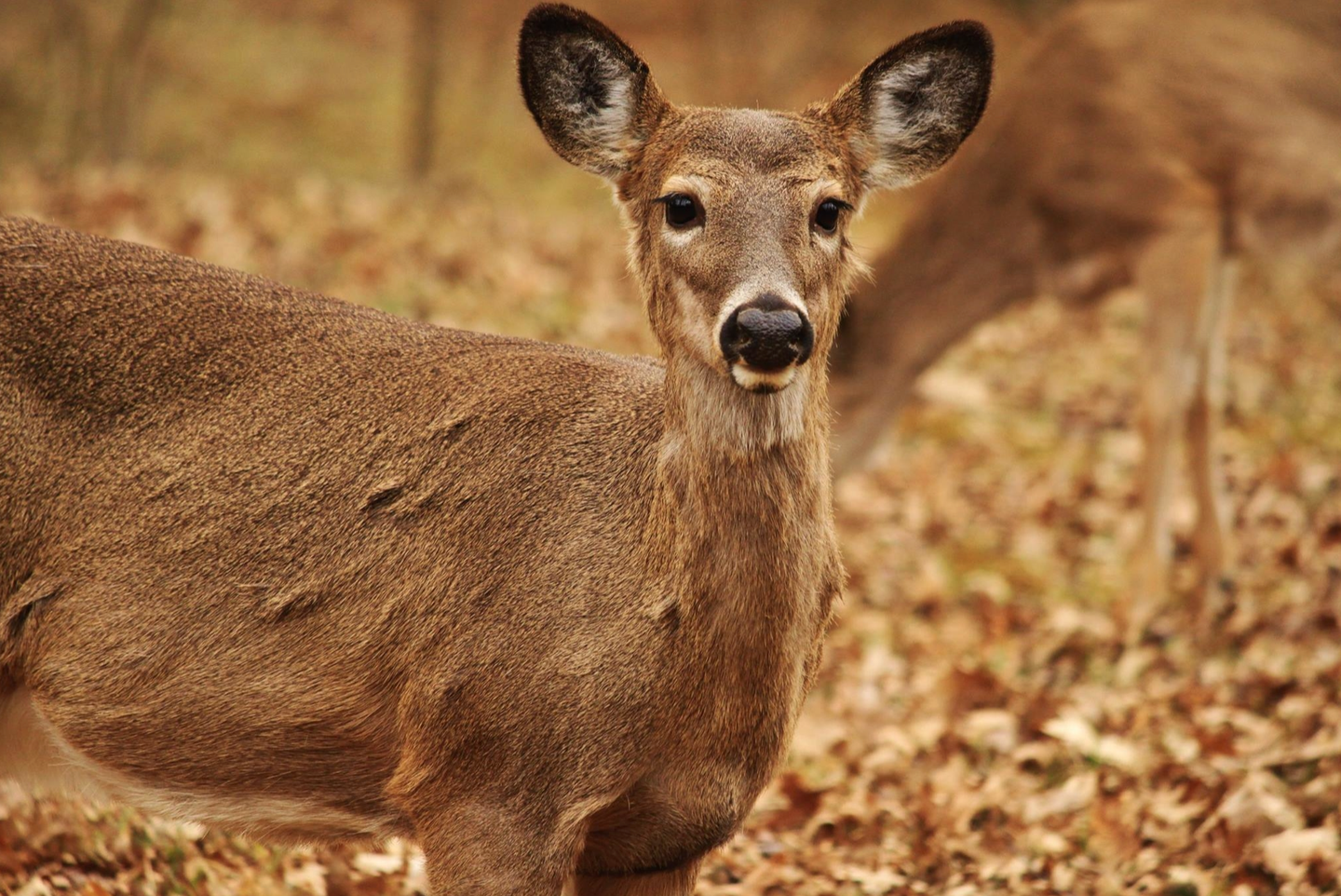 Deer can contract CWD and spread it for years without showing any outward signs of illness. D. Machado / NPS
SHARE

I love an edgy headline as much as the next editor, but there’s a clear line between writing something punchy and publishing something that’s incorrect. It seems that mainstream news outlets big and small are determined to publish incorrect information about Chronic Wasting Disease by referring to it as the ‘Zombie Deer Disease.’

Go ahead, just Google ‘zombie deer disease’ and you’ll find stories by every outlet from the San-Antonio Express News to Newsweek to the Associated Press, with headlines declaring that zombie deer are spreading across America, or that the zombie deer disease will soon be transmitted to humans.

This inaccurate terminology is troubling for two reasons. First, it’s incorrect. Wild deer infected with CWD are not zombies and most are not even zombie-like (it is a sad sign of the times that I needed to even write that sentence). Second, and more importantly, there is already so much misinformation and so many conspiracy theories about CWD out there in the hunting community. The last thing we need is for major media outlets, which many folks are already skeptical of (and that’s being kind), reaffirming CWD non-believers by running insane headlines that no one with knowledge of the subject will take seriously. This kind of hyperbole is dumbing down the entire conversation at the very moment we need to be having a real, national discussion about how to better manage captive deer and wild whitetails during the CWD age.

For example, the Daily Beast ran this headline in 2019: Brain-Eating Zombie Deer Disease Will Likely Spread to Humans. Any hunter from a CWD-infected area knows that this headline is total bullshit. And if that hunter already thought CWD might be a hoax, this kind of exaggerated news story only confirms their beliefs. If we never get past the point of arguing about how big of a threat CWD actually is to deer hunting, we’ll never move on to discussing possible solutions—like which herd harvest strategies work for limiting the spread (and which don’t) or petitioning for federal funding to advance CWD testing.

I’m not the only editor who wants to kill the “zombie deer” misnomer. Lindsay Thomas is the Chief Communications Officer for the National Deer Association and the editor of their quarterly magazine which has covered CWD carefully and thoughtfully for years, and he had this to say about it:

“I know the news media is just trying to get more clicks from a mainstream audience that may not otherwise care about wildlife diseases, but they are doing real damage both to the public’s understanding of this issue and to the hunting community’s efforts to unite against this threat.

Deer that are dying of CWD don’t have a single thing in common with the popularized image of zombies. In the late stages of the syndrome, you’re talking about an animal that can barely stand much less get aggressive. But deer in the wild, outside of captive laboratory observation, rarely reach that stage. Research shows CWD-infected deer start suffering higher mortality rates from predators, vehicles, and other diseases long before they start showing outward signs of CWD itself. So, even a hunting media outlet that shows a photo of a skin-and-bones deer as an example of a ‘CWD deer’ is misleading its readers.

Deer can be infected with and spread CWD to other deer for one to two years before they begin to show visible signs of infection. So, the vast majority of CWD-infected deer that the public and hunters encounter will look completely healthy and appear to behave normally.”

It’s worth noting that the term “zombie deer” is almost always used in quotation marks in major media stories. However, I have not been able to find the original source of this term, meaning the scientist or research paper that called a CWD-infected deer a “zombie deer.” So, who are these news outlets actually quoting? For example, The Independent wrote this as its lede in a 2019 story: “Scientists have warned that ‘zombie deer’ are spreading across America and there is nothing that can be done to stop them.”

I was not able to find a single credible scientist quoted as saying that directly, and I bet that you won’t be able to either. So, who did start calling CWD-infected deer “zombie deer”? These days it seems like every news story about CWD references zombies. But going back, I found a surge of stories referencing “zombie deer” in early spring 2019 when Michael Osterholm, director of the Center for Infectious Disease Research and Policy at the University of Minnesota, testified before state lawmakers about the possibility of the disease one day spreading to humans.

However, a few weeks before those stories broke, Livescience.com published a story titled “Could ‘Zombie Deer’ Disease Spread to Humans?” on January 23, 2018. That story links to a Livescience.com opinion piece from 2013 which reads “state wildlife managers are deeply concerned that these zombie deer will infect free-roaming deer…”

This op-ed was written by Wayne Pacelle, the former President and CEO of the Humane Society of the United States, one of the most powerful anti-hunting organizations in the country. Pacelle eventually resigned from the HSUS amid sexual harassment allegations, but when this opinion piece was published in 2013, he was still the face of the organization.

I can’t find an article earlier than this from a major new source that references “zombie deer.” Patrick Durkin, who has been diligently reporting on CWD for 20 years, doesn’t recall seeing the term being used in chronic wasting disease stories before 2019. So, it’s very possible that the term “zombie deer” was at least partly popularized by disgraced anti-hunting zealot Wayne Pacelle.

My point? There are no serious researchers, scientists, or wildlife managers calling CWD-infected deer “zombies.” I know that hunters who have read about CWD for more than a decade, and who are probably dealing with it in their own deer woods, aren’t falling for the zombie hype either. As the editor of Outdoor Life, I also know that hunters are pretty good at speaking their mind in comments sections. It just might be time to send a few comments over to the folks publishing these zombie stories.