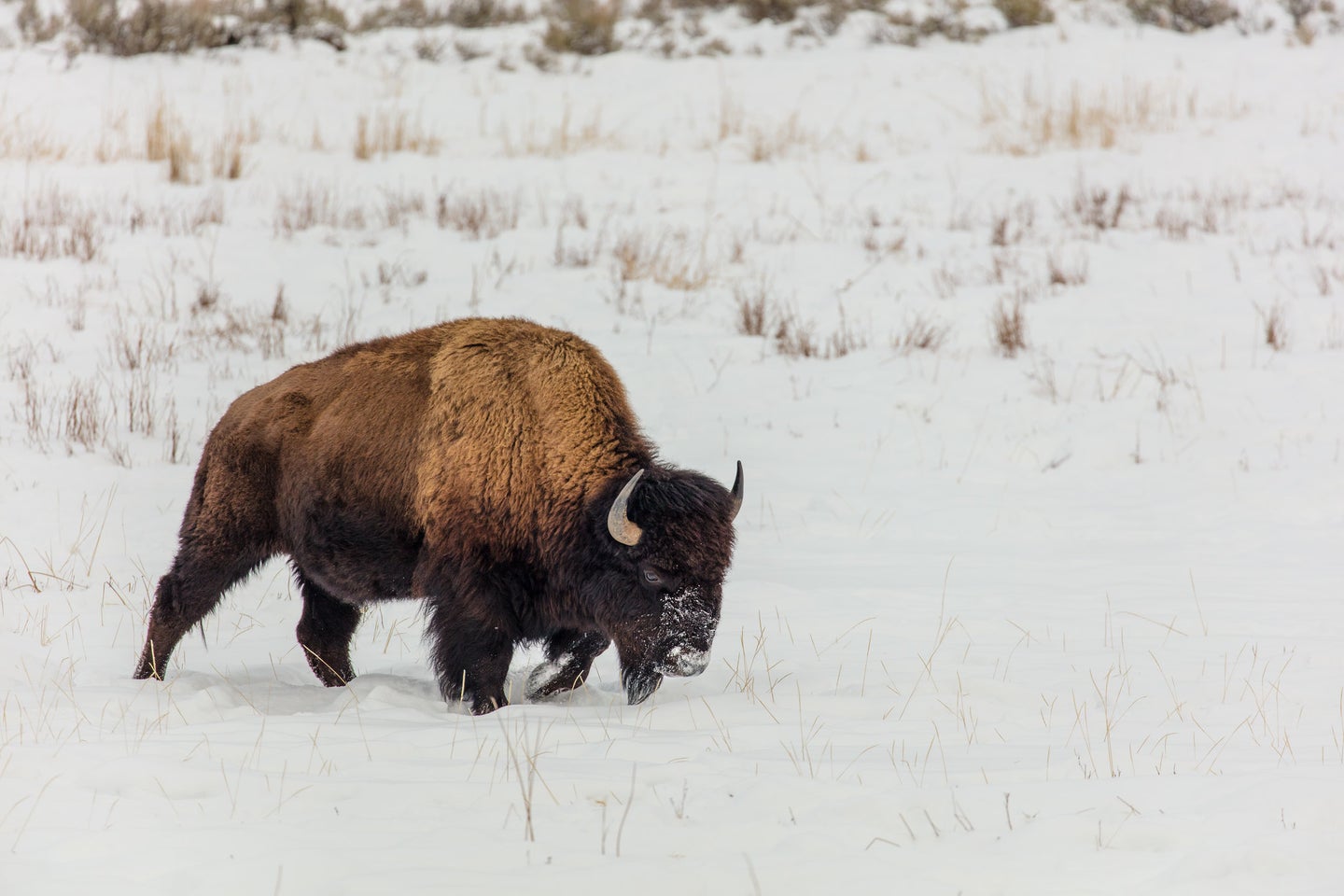 According to Park Service estimates, there are between 4,680 and 5,450 bison currently living in Yellowstone National Park. Jacob W. Frank / NPS
SHARE

Wildlife officials have agreed to reduce the Yellowstone bison herd by 600 to 900 animals this winter. They say these reductions are necessary to keep the overall population healthy, and to prevent the animals from spreading brucellosis to livestock outside of the park.

In order to accomplish this, the Montana Department of Fish, Wildlife and Parks will manage a limited and closely regulated hunting season for bison on public lands outside of the park. Other bison will be rounded up and quarantined at the National Park Service’s Stephens Creek Capture Facility. From there, they will either be transferred to Indian reservations or sent to slaughterhouses.

These management decisions are made by a collaboration of eight groups, including five federal and state agencies, and three American Indian tribes. Together, these groups update the Interagency Bison Management Plan on an annual basis.

The bison’s recovery in Yellowstone National Park throughout the 20th century has been a key success story in American wildlife conservation. The herd has grown from a near-extinct two dozen in 1902 to somewhere between 4,680 and 5,450 today. This growth is continuing at a steady pace, and the NPS estimates that Yellowstone’s bison population currently increases by 10 to 17 percent annually.

As the National Park Service explains on its website, the agency succeeded in bringing the species back from the brink of extinction, “and now [we] face the challenge of helping to manage a healthy, rapidly growing population of bison that sometimes roams beyond our borders onto private land and land managed by other agencies.”

This complex set of challenges led to the creation of the first Interagency Bison Management Plan in 2000. That plan is updated updated every year in an effort to maintain a healthy, sustainable herd, and to prevent the animals from spreading brucellosis to area livestock.

Looking at how the IBMP has been enacted in recent years, a total of 834 bison—approximately 17 percent of the population—were removed during the winter of 2019-2020. Approximately 284 of these bison were harvested by hunters in Montana, while roughly 548 of them were captured and held at the Stephens Creek Facility, where they were quarantined and tested for brucellosis. (It’s unclear how many of these bison tested positive for the disease, but Park Service data shows that, on average, roughly 60 percent of all bison in the park test positive for brucellosis on any given year.) 442 of these bison were then sent to slaughter, and 105 were transferred to the Fort Peck Indian Reservation in northeastern Montana as part of the agency’s Bison Conservation Transfer Program.

The IBMP recommended a reduction of 500 to 700 bison last winter. A comparatively low number of animals strayed outside the park’s boundaries during those months, however, and hunters in Montana only harvested 170 animals. This relatively low harvest by Montana hunters demonstrated that the agency cannot rely on hunting alone to manage Yellowstone’s bison population. Part of the problem is that there is only one small zone on the north side of the park that is open to hunting, and this causes hunters to congregate heavily in specific areas—which, in turn, forces the bison back inside of the park boundaries, where hunting is prohibited by federal law. These concentrated hunts have also generated some controversy in the nearby town of Gardiner, Montana.

Montana Fish, Wildlife and Parks did not respond to requests for comment, and it remains to be seen how big a role hunters will play in the sustainable reduction of Yellowstone’s bison herd this winter.