Public or Private Land, Rural or Suburban, I Don’t Care Where I Kill Wild Game. Neither Should You 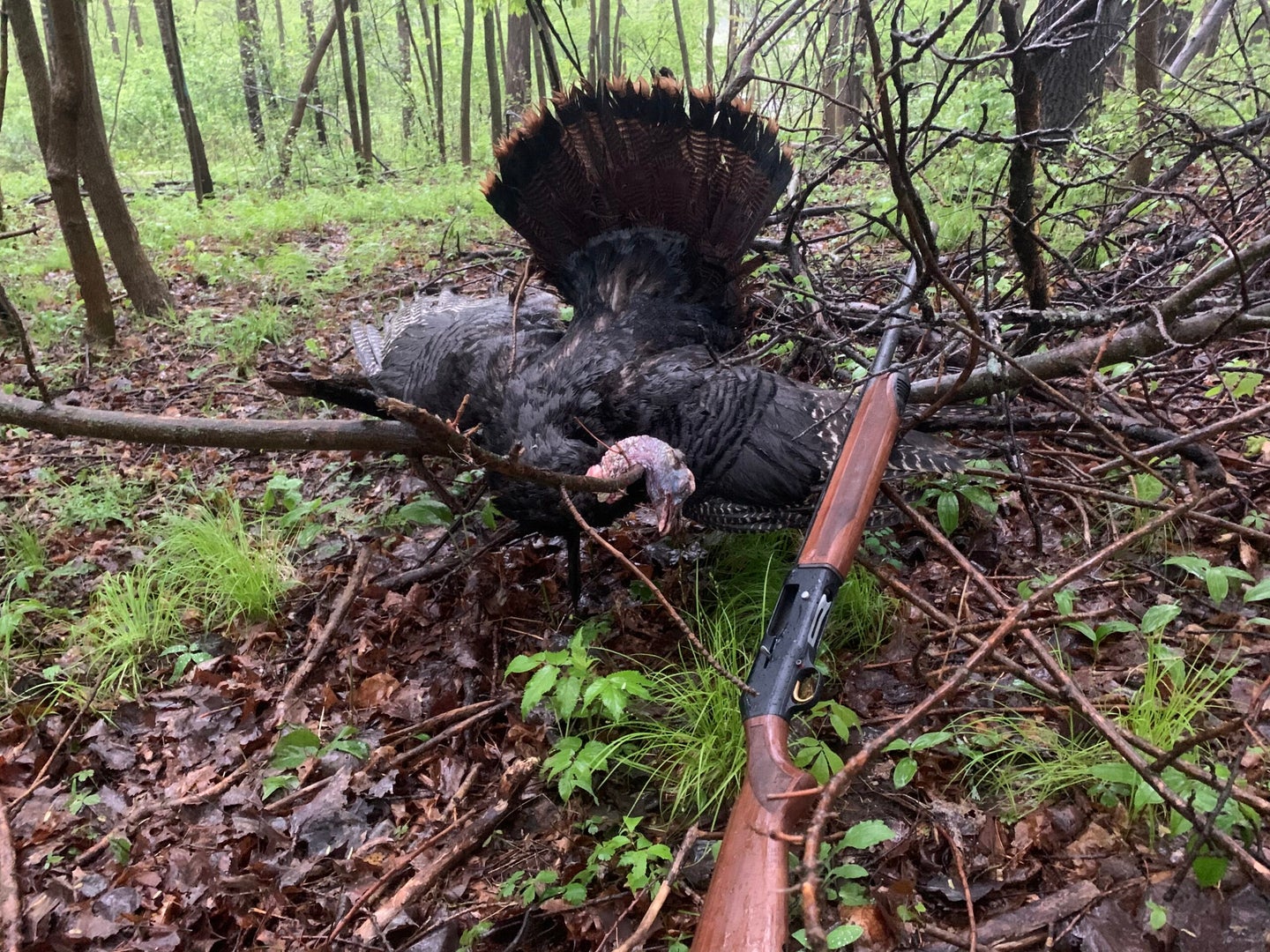 I turned 40 this month, and I’ve finally learned that it really doesn’t matter where I kill wild game or how challenging it was. As long as I do it legally and ethically, a successful hunt is a successful hunt.

This spring, I spent a few days in Wisconsin chasing turkeys on private land with fellow Outdoor Life editors Alex Robinson and Natalie Krebs. My Illinois season at the homestead was a bust. In three days, I didn’t hear a single gobble. I did see five coyotes, a lone hen turkey, and exactly one million ticks. So, I was happy to join my friends in late May for a final chance at a longbeard.

We were rained out the first morning but headed to a dairy farm later that afternoon. It closely resembled my hunts in Illinois: no gobbles, plenty of ticks. It began to rain again around 6 p.m., so we pulled stakes, hopped in the truck, and went to look at another field for the next day. There was a tom on one of the field edges, so I rolled down the window and gave a few yelps from a box call just to finally hear a gobble. Instead, he perked his head up, looked our way, and dashed out of sight. The turkey gods still refused to smile upon me.

Sometimes as hunters, we start to think nothing is going to go our way. Trailers get flat tires, boat motors break down, the ducks don’t fly, deer ghost us. I was beginning to get that icy feeling that no matter what I did, this spring was going to end with a turkey vest full of tags.

But then, just a few minutes from camp, Krebs, who was riding shotgun in the truck, spotted a strutter with five hens in a field right next to the road. There were a few houses close by and we pulled up onX and started searching for the property owner’s house. With 30 minutes of shooting light left, we easily found the landowner and knocked on his door, and I stuttered through a nervous permission request.

The man had to think about it for a minute, but he gave us access. Had I been alone, I honestly think he would have said no. But since Krebs was standing right next to me, he probably thought we were a couple who hunts together, which usually makes you seem more trustworthy. The landowner figures if your date can stand you, you must not be a total degenerate loser, and that you will respect their property.

By the time we got the go-ahead, the turkeys were in a timber lot between the guy’s yard and the ag field where we spotted them. I whipped my Chevy out of the driveway and onto the side of the road, grabbed my shotgun, and slipped into the trees. At this point in the season, I was in need of some success. And if putting a stalk on a tom and his hens next to a ranch house in dairy country was what it took, I was more than ready.

There were several thin pine trees between me and the birds, so I tried to move from one to the next stealthily, but did a poor job of keeping out of sight. I was far enough from the road when the tom poked his head out from behind a tree momentarily. But it was getting dark in the timber, and I couldn’t exactly see where the hens were. I hesitated, the birds eased away, and I never saw the tom again.

Dejected, sweating, and riddled with mosquito bites, I returned to Krebs, who was leaning against a pine and looking at me like I had just blown a tap-in putt to win The Masters. After watching the video she took, I realized the hens weren’t an issue. I could have easily killed the tom.

That night of sleep was a damn restless one. I woke up just about every hour, wondering if I could redeem my screw up. I chapped myself for freezing up when that gobbler was dead to rights at 25 yards. One thing was clear to me though, and it helped me form a plan for the morning: Those turkeys saw me, but they weren’t scared of me. It seemed as if they were used to people, sure—but not hunters.

I went back to that same 5-acre lot early the next morning to try to ambush the tom. Around 5:30 a.m. a turkey gobbled across the road. I was set up in the woods behind the house, sitting next to the same deer trail the turkeys had used the day before to enter the pines. The tom gobbled again, and I decided to move the jake decoy into the field behind me, which I had permission for, so it would be more visible.

Occasionally, I would hear the gobbler respond to my hen yelps. But it was raining on and off, and he went silent for a while. Then, at about 6 a.m. I saw a tom 250 yards away in the field. It started to pour again, and he walked into a hedgerow, out of sight.

I yelped a few more times, but never heard another gobble. Ten minutes later, two hens popped out right in front of me with that tom following behind. He came into my half-strutter decoy looking for a fight, and I filled his face with a load of Apex TSS at 15 yards in the middle of a Midwestern monsoon. Typically, I don’t get too pumped up when I kill wild game, but I did when I shot that longbeard in a rain storm. I guess I needed to punch a tag more than I knew.

Read Next: How Hard Does Hunting Have to Be?

Killing that turkey also made me realize that any kill is a good one, so long as it’s fair chase. Had I shot that first tom the day before, I would have felt just fine about it. Sure, those private-land birds were used to not being bothered by hunters, and free to come and go as they pleased. But so are some of the biggest big-timber whitetails who live deep in public forests. Such a deer and my turkey are two case studies in game that doesn’t get hunted hard, if ever. To me, one of these hunts isn’t more legitimate than the other. Sure, it might take more physical effort to kill a hard-to-reach public-land animal. But that effort doesn’t diminish the value of the other hunt. I still had to secure access to a stranger’s land, then get very strategic on a tiny parcel in a relatively busy area. A car could have whizzed by and spooked the turkeys. Someone could have fired up a mower and done the same. There are often more variables that can affect the outcome of your hunt in populated places.

Also consider that suburban areas—similar to the place I killed that gobbler—are often overrun by wild game. So it makes sense that more hunters should try hunting the fringes of urban settings. A lot of us already do—those hunts just aren’t as celebrated as a public-land trip out West for big game. But your odds of success can be just as high, if not better, when hunting unpressured legal spots on the outskirts of town or a big city.

Read Next: It’s Likely Going to Be Another Crowded, Pressured Turkey Season. So Quit Whining About It and Find Some New Places to Hunt

Too often, I think hunters get hung up on conventional hunts, when it sometimes takes an unconventional—and potentially easier—location to be successful. We sit in the same deer stands and duck blinds year after year when, in reality, we might be better served finding a small patch of private woods behind a stranger’s house where unsuspecting wild game doesn’t get much hunting pressure.

After all these years of hunting I’ve learned that walking farther doesn’t always mean more dead critters. It’s knowing where to walk that makes a difference. It’s just as important to take advantage of the chip-shot opportunities that present themselves as it is to put in the sweat-equity for a kill. And I promise: When you’re sitting down at the dinner table, you won’t be able to taste the difference between a back-breaking hunt and one that fell in your lap.