"Not on my watch son" 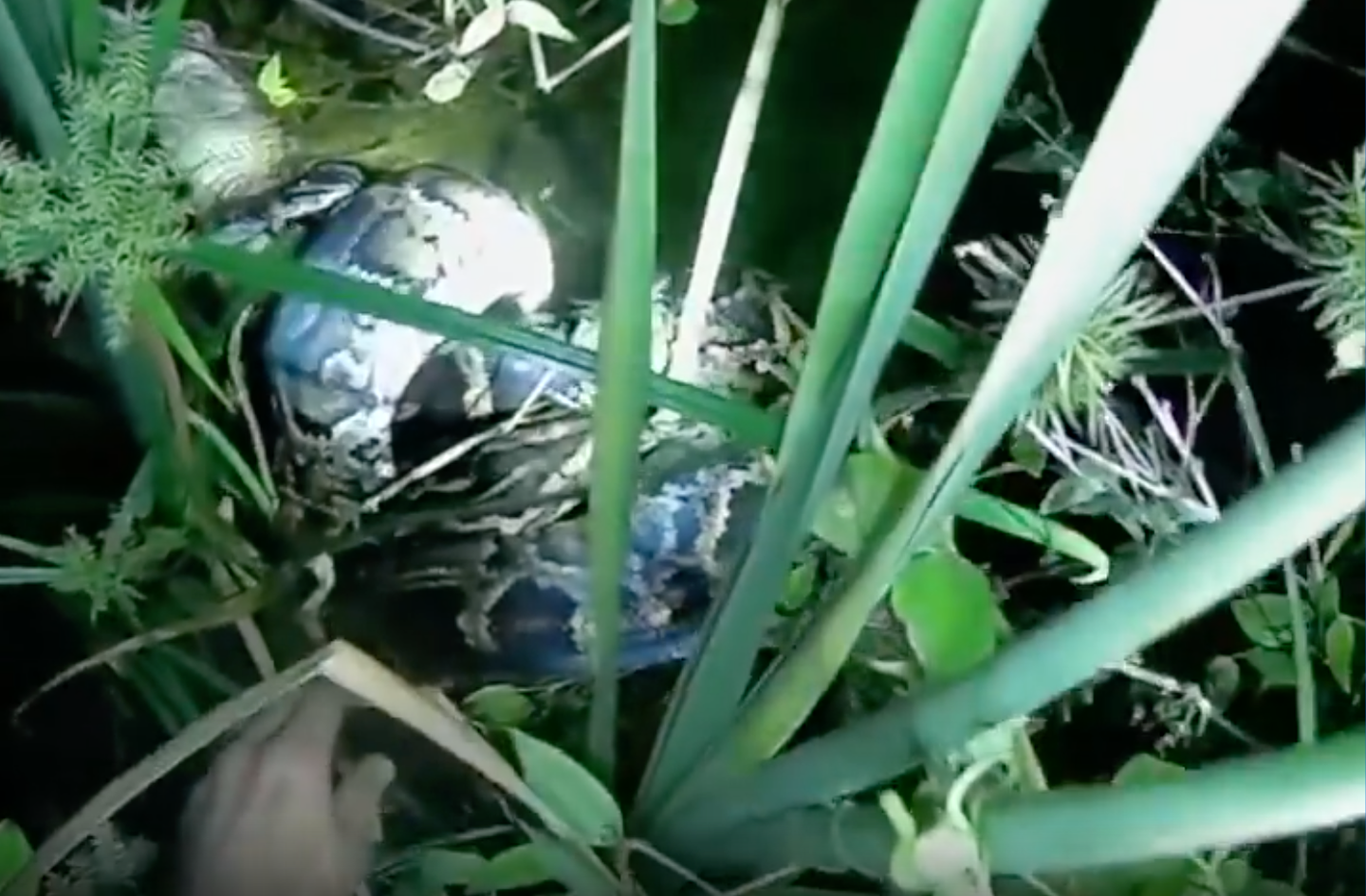 Burmese pythons are wreaking havoc on the native species in the Everglades in Florida. Mike Kimmel / Instagram
SHARE

Trapper Mike Kimmel saved a four-foot-long alligator from a python in the Everglades in Martin County, Florida and you can watch it all go down on his Instagram page.

“Here’s the smallest of three gators (4ft) I’ve rescued from being python food … proud to say all three gators survived to see another day in the swamp. Not on my watch son.”

Pythons are an invasive species in the Everglades ecosystem, and the snakes compete with native wildlife for food, and, as this video shows, pythons eat native species like alligators. The state of Florida pays licensed trappers to catch and euthanize them.

The most severe declines in native species occurred in the southernmost parts of Everglades National Park, according to the United States Geologic Survey. This area is remote and wildlife officials believe pythons have been there the longest.

In that area of the Everglades, a study reported populations of raccoons dropped by 99.3 percent, opossums by 98.9 percent, and bobcats by 87.5 percent since 1997. Also, during this time cottontail rabbits, marsh rabbits, and foxes effectively disappeared. All of these animals frequent the water’s edge for food, which is where pythons hunt for prey.

With such severe declines in the populations of native species, trappers like Kimmel are greatly needed in the state.

Florida even hosts a Python Bowl where both professional and amateur trappers compete to catch the most pythons. Kimmel won the Python Bowl in 2020. after catching eight Burmese Pythons. Later that year he found a python nest with 22 eggs in it.

He regularly posts videos to his Instagram and YouTube pages to showcase his work in the swamps of the Everglades.

Burmese pythons aren’t the only invasive reptiles in the state of Florida. The state has the world’s largest number of established non-indigenous reptile and amphibian species, according to the USGS.

There are 43 lizard species alone that are non-native to Florida. The USGS also lists three frog species, four turtle species, one crocodilian species, and five snake species. With Florida being a major transportation hub and its favorable climate, these animals can thrive in the Everglades.