This native sharpshooter is spotlighting and culling non-native axis deer, then selling that venison to the public. Here's why it's a win-win for everyone 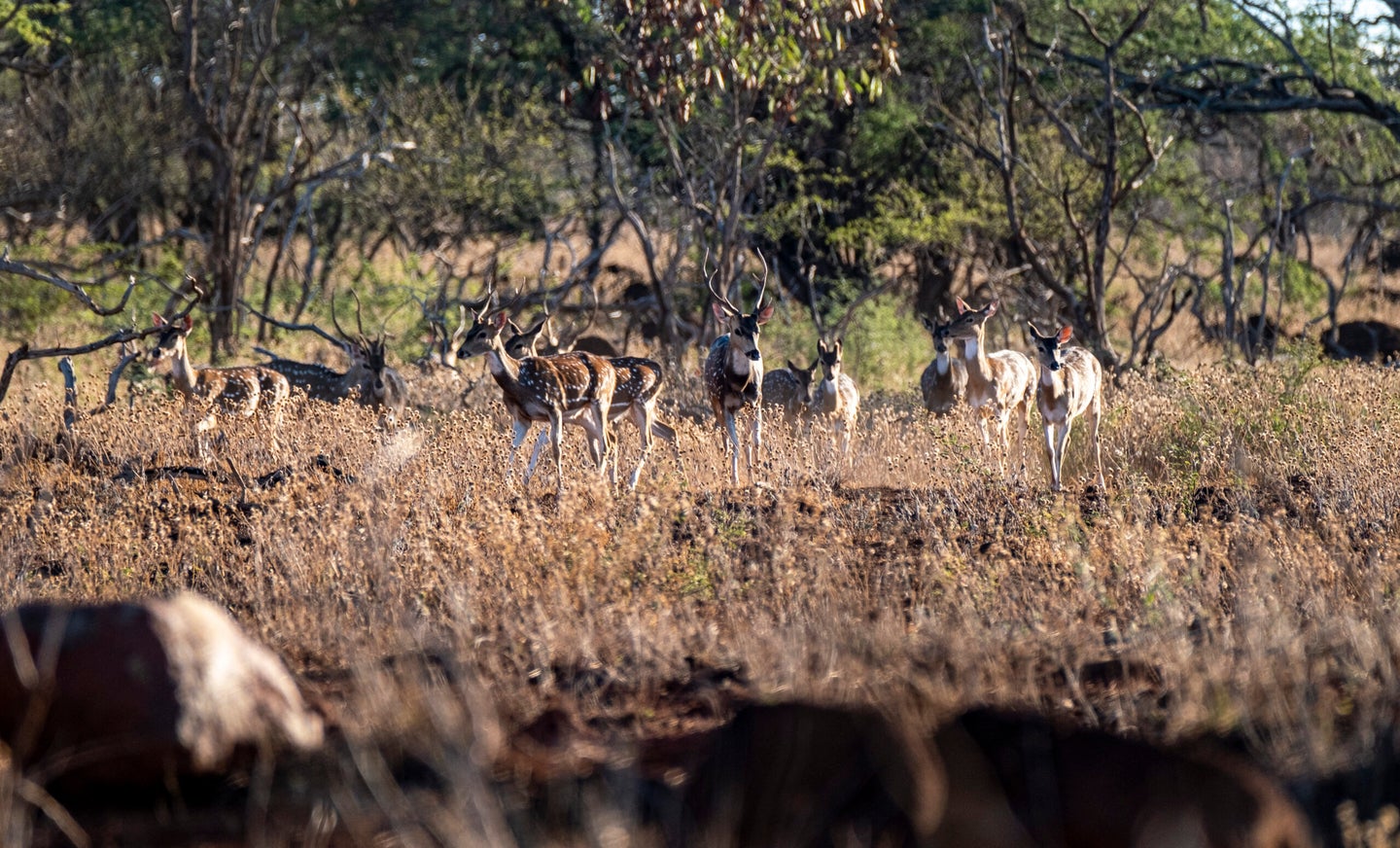 Desmund Manaba was born and raised on Molokai, Hawaii’s fifth largest island and the home to a staggering population of axis deer. Now 57, he started hunting the non-native animals when he was eight, and has been watching their numbers explode ever since. Axis deer are destructive to the island’s terrain, vegetation, crops, and ranches. But where the animals are causing indisputable problems, Manaba has also found opportunity.

Axis meat is lean, nutritious, and delicious. Locals rely on subsistence hunting, and the deer are a critical resource on a sparsely populated island with a substantial unemployment rate. But there’s no risk that culling these deer could jeopardize the important cultural and subsistence role axis deer play on Molokai. Manaba thinks of his business, Molokai Wildlife Management, as a high-end conservation company. His highly regulated market hunting operation creates jobs, helps landowners, protects the island’s ecosystem, and produces food for locals and for public consumption. And it’s all made possible by a resource that desperately needs management.

Trailblazing a Land of Red Tape

In 2007, Manaba became the first Hawaiian to receive a permit from the USDA that allowed him to cull axis deer and sell them for public consumption. Not only did he receive that first permit, but he also pioneered the process itself. It’s one that more closely resembles hunting—shooting deer in their natural range—than most USDA-approved operations that slaughter livestock in an inspected facility.

Initially, USDA officials asked Manaba to fill a truck with axis deer and bring it to the processing plant for slaughter. Even though Manaba warned them it wouldn’t work—“they’re wild animals, they’re going to be banging around inside the container and they’re going to kill themselves”—officials insisted. Manaba rounded up a dozen deer and loaded them into a shipping container. As predicted, it didn’t go well.

Next, officials asked Manaba to corral deer and shoot them while they were in the pen. After several more attempts to process wild axis like livestock, the USDA threw in the towel and asked Manaba what he suggested.

“What I suggest we do is harvest these deer in the most natural state,” Manaba recalls telling the official. “They’re nocturnal. They feed at night. So you get a spotlight, you drive around, you spotlight the animal. And as they’re feeding you, take them out with a humane shot in the head. He said, ‘Well, let’s go and try that.’”

When Manaba was allowed to start spotlighting and shooting axis deer in their natural range, he had to prove he could make lethal headshots per USDA slaughter regulations. A shot in the neck or vitals, lethal though it may be, would disqualify him from receiving a permit to harvest and sell axis meat.

His accuracy surprised the USDA officials.

“I started off shooting about seven deer in the head. And then I marketed that deer,” Manaba says. “And then I shot 10. Then I shot 12, then I shot 14, then I went all out to 34. And then I got a call from USDA’s Washington D.C. office. The guy says, ‘We just wanted to congratulate you for opening up a new industry in Hawaii.’ I said, ‘Wow, thank you. We’re working so hard on it.’ He says, ‘No, we understand. We just wanted to congratulate you because we never thought you could do it. And you have showed us up, time and time again.’ I said, ‘Oh, I’m here to stay, bruh. I’m not going nowhere.’ He said, ‘Yeah we kind of know. So now we have to figure out how to get inspectors to you.’”

More than a decade later, Manaba has reached the limits of his current operation and is expanding by building and opening his own USDA-certified processing plant.

The only bottleneck in Manaba’s current operation is the rate at which he’s able to turn free-range axis deer into venison that the federal government considers fit for public consumption. Capacity is limited at the commercial livestock processing plant Manaba uses, so he’s been building his own USDA-certified plant. Once completed, he says he can shoot and process as many deer as his own facility can handle, rather than stick to the current rate of about 20 deer per nighttime cull, four times a month.

Read Next: In the Future, We’ll Cull Feral Critters or Lose Our Native Ones

Manaba has been in business since 2007, during which he estimates he’s killed 17,000 axis deer across his operations. That includes conservation hunts, outfitted hunts, informal meat hunts, and the USDA-sanctioned night hunts that currently take place four times a month.

“It’s like culling wild game, but doing it in a way that’s sustainable for everyone,” Manaba says. “It’s a win situation for the environment, it’s a win situation for the USDA to get involved because it creates a lot of jobs. For the island itself, of course, it’s a totally sustainable conservation plan. The owner of the property and the workers involved [result in] new jobs, and it’s helping in every way possible.”