SUV Bursts into Flames After Striking a Deer on Minnesota Highway

The driver and her dog were miraculously unharmed 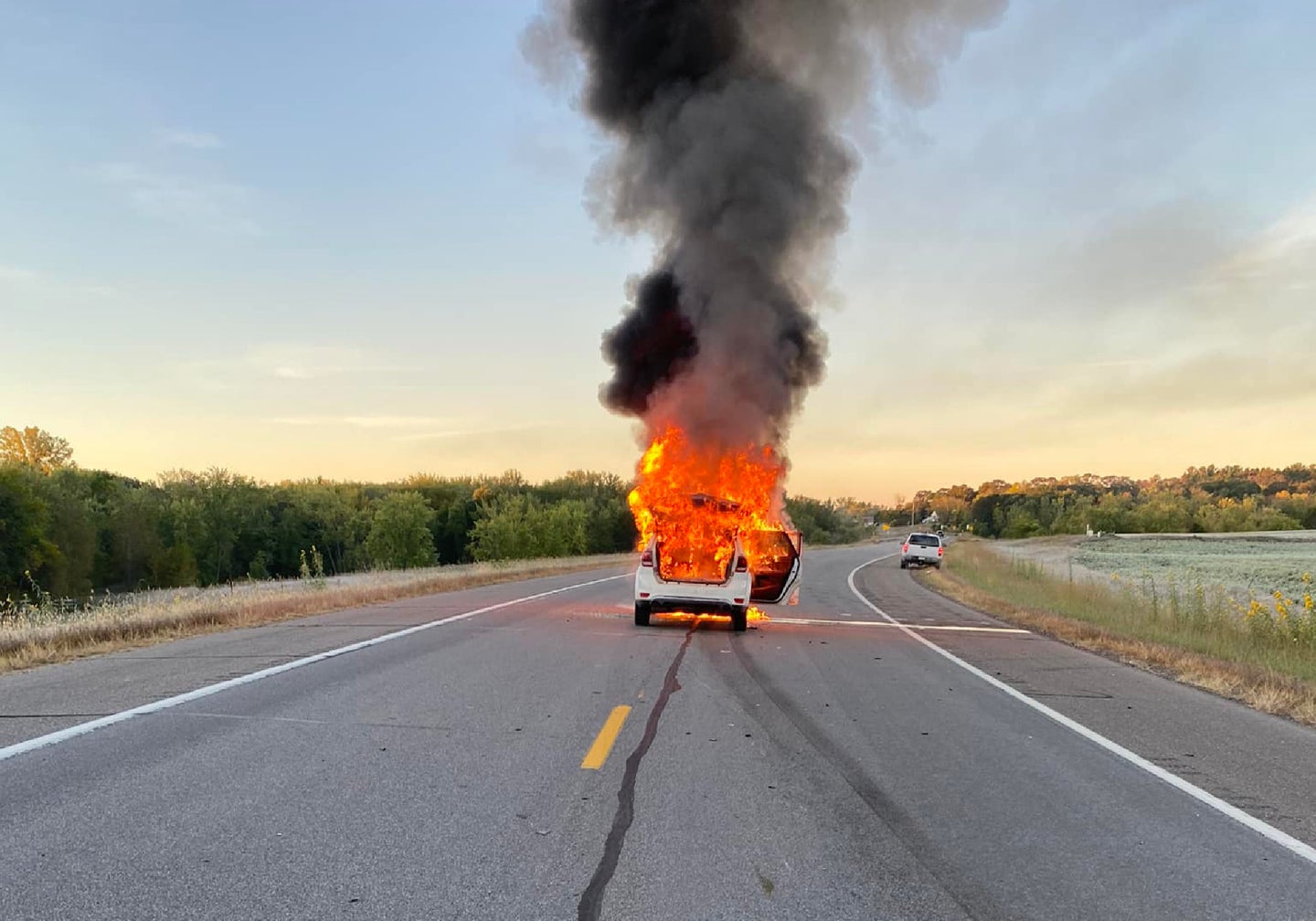 The collision occurred early in the morning, when deer are usually on the move. Isanti County Sheriff's Office / Facebook
SHARE

A woman and her dog were the two lucky survivors of a deer-vehicle collision that ended in a dramatic way on Wednesday, Sept. 28. The collision took place on Highway 47 just north of Minneapolis at around 7:30 a.m. CST.

After hitting the buck, the woman, who self-identified as Pam Vandersteen on an Isanti County Sheriff’s Office Facebook post, exited the Dodge Journey with her pup Paisley. A “kind gentleman” helped her remove her belongings from the vehicle just minutes before it burst into a bright orange blaze. When responding officers from the Isanti County Sheriff’s Office arrived, Paisley was able to perch up in a squad car while the scene unfolded.

The buck did not survive the encounter. Responding officers immediately shut down the road and tended to the fire.

According to the Minnesota Department of Public Safety’s Office of Traffic Safety, there were 6,218 deer collisions from 2016 to 2020 in the North Star State, 18 of which resulted in deaths and 124 in serious injury. Of those deaths and injuries, motorcyclists accounted for 18 and 109, respectively.

Read Next: Hunter Wounds Buck, Then Recovers It Hours Later After It’s Hit By a Car

“Deer do unpredictable things — they stop in the middle of the road when crossing; cross and quickly re-cross back; and move toward an approaching vehicle,” MDPS says. “Blow horn to urge deer to leave the road. Stop if the deer stays on the road, don’t try to go around it.”

This occurred less than a week after a deer leapt over a moving vehicle in Michigan. That footage was caught on the dashcam of a Michigan State Police cruiser. Deer start to get antsy around this time of year and do most of their major movement in the early morning and around dusk.