After it was processed, all of the donated venison was distributed to local food banks and pantries across the state 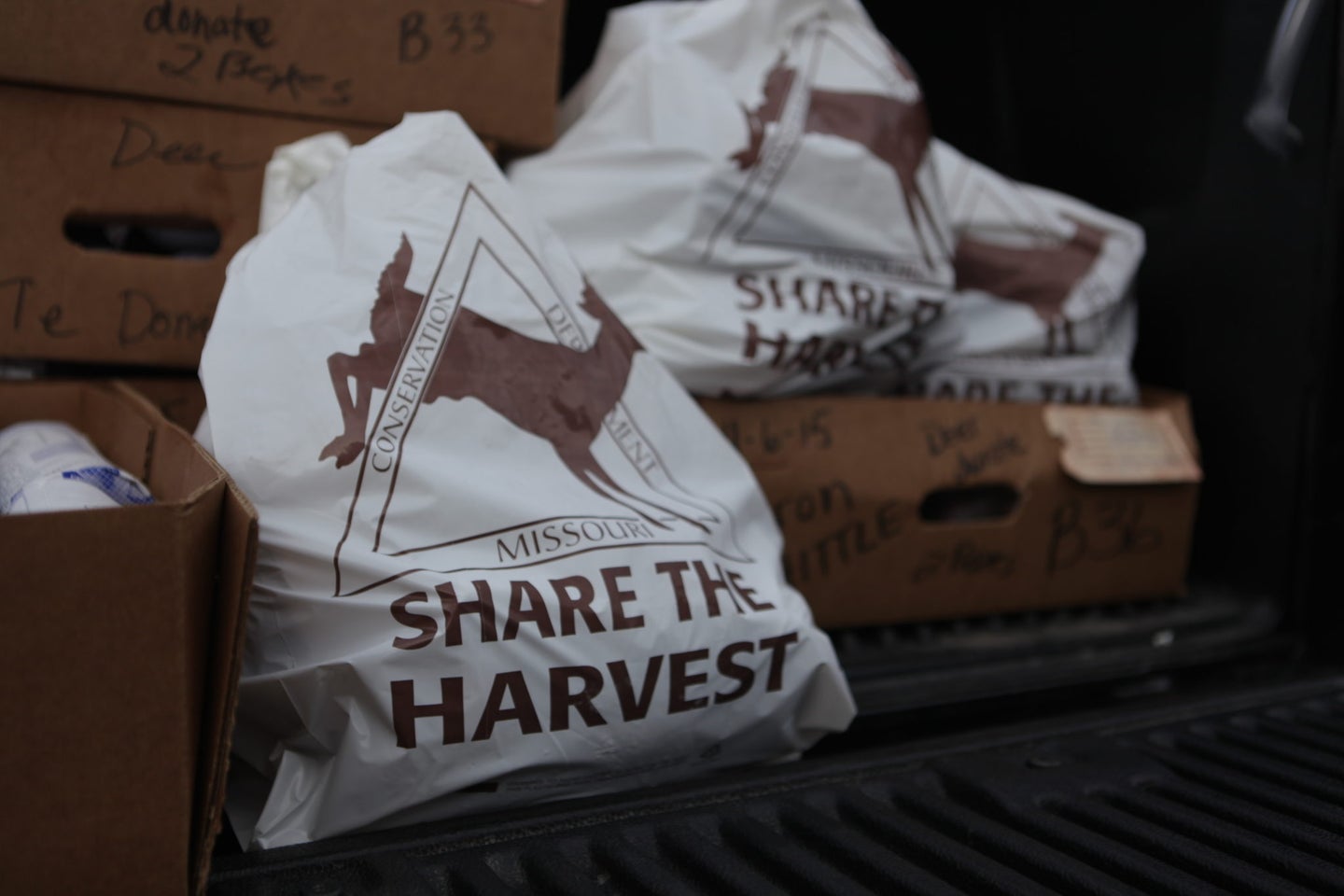 America’s hunters seldom receive praise for helping their fellow citizens, but they should. And Missouri’s “Share the Harvest” program is a case in point. Hunters donated 242,774 pounds of venison through the program during the 2021-22 deer season. That’s roughly 121 tons of healthy protein that helped feed thousands of residents in the Show Me State, according to a press release from the Missouri Department of Conservation.

Now celebrating its 30th year, Share the Harvest is coordinated by the MDC and the Conservation Federation of Missouri, and it’s a joint effort by a number of Missourians. Local processors grind the meat into ready-to-use packages, and corporate sponsors like Bass Pro Shops, Shelter Insurance, and the Gateway Chapter of Safari Club International help cover these processing costs. The deer meat is then distributed to local food banks and pantries that help feed hungry residents across the state.

Since its founding in 1992, the program has provided approximately 4.3 million pounds of venison to those who need it. Of course, none of this would have been possible without the hunters themselves, who donated 5,053 whole deer just last season.

“Hunters started Share the Harvest 30 years ago because they saw a need in their communities and hunters remain the driving force behind this popular program that helps feed our fellow Missourians who are in need,” said MDC Director Sara Parker Pauley. “We sincerely thank the thousands of deer hunters who support Share the Harvest, along with the many participating meat processors and sponsors who help make it possible.”

CFM executive director Tyler Schwartz called the 30-year anniversary “an amazing milestone.” And he said that because the donated venison stays in the local communities where it was harvested, “it truly is helping out neighbors in need.”