Federal permits for limited shooting of black vultures begins in Arkansas, other states already allow it to save cows, sheep, goats and other livestock 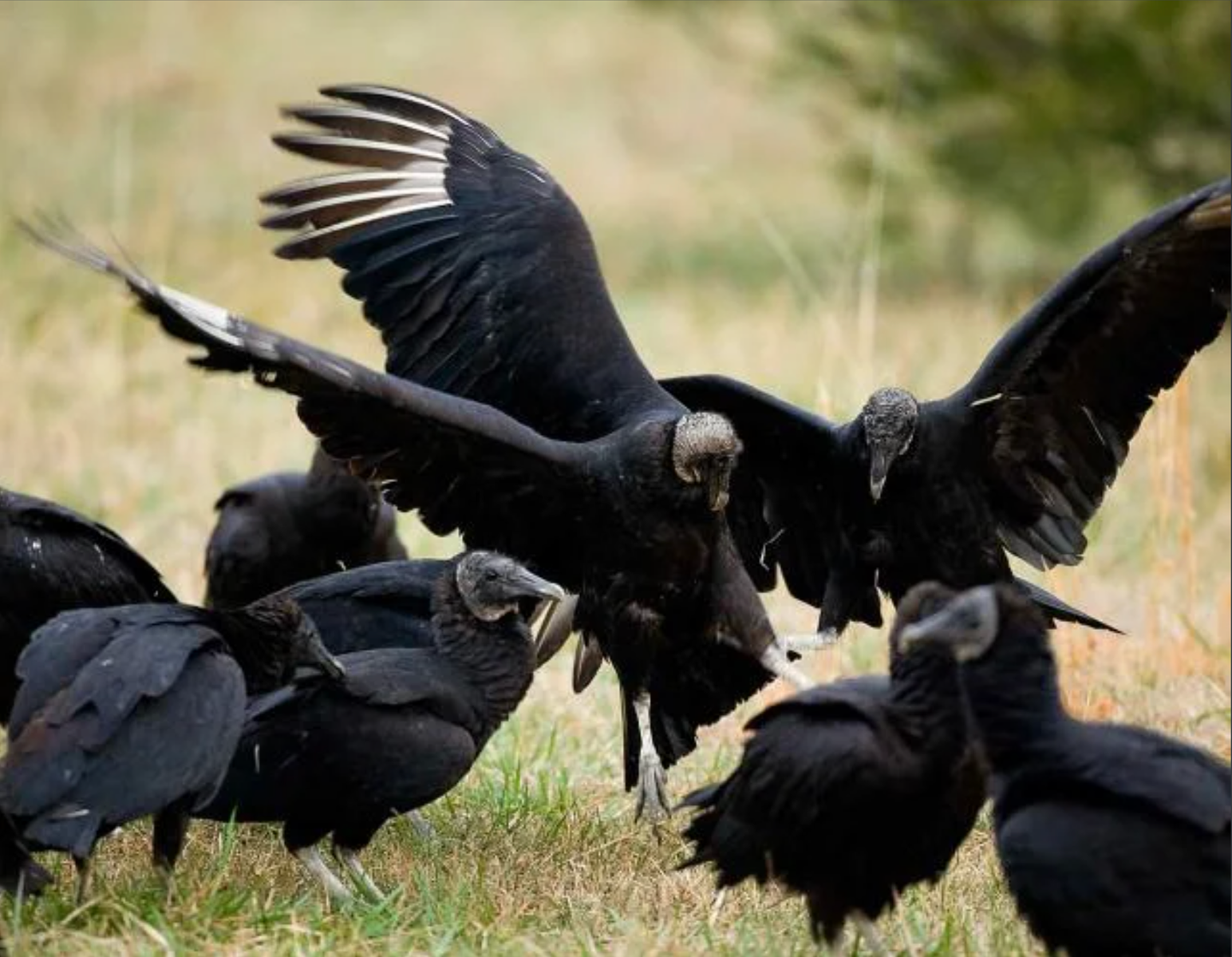 For years, cattlemen across the central and southern U.S. have been losing calves and smaller livestock like sheep and goats to predatory attacks by black vultures. But because the large birds are protected by federal law, ranchers have been largely unable to shoot the birds to protect livestock. But that’s changed in Arkansas, where the Arkansas Farm Bureau Federation has recently secured 100 depredation permits, reports the Arkansas Democrat-Gazette.

The black vulture reduction pilot program started in Kentucky and Tennessee, and now includes Arkansas, Mississippi, Missouri, Oklahoma, and Texas, too. The vulture removal program allows ranchers with confirmed vulture problems to get a depredation permit within just a few days. Prior to the program, obtaining such a federal permit took months, while the birds continued to target livestock.

There is no data on how many farm animals are killed by black vultures, which are also known for causing general property damage. But Arkansas cattlemen say calf depredation has grown significantly in recent years.

“I’ve lost calves every 2022 for the last five years,” Matt Carter of Batesville told the Arkansas Democrat-Gazette, noting that he lost seven calves in 2015, and has even seen the big bids perch on a cow’s rump and attack a calf as its born. “They aren’t afraid of you. I’ve ridden into flocks of them on a four-wheeler to scare them off, and they didn’t scatter until I got there.”

Up to 100 depredation permits are available for Arkansas livestock owners for culling black vultures, with each permit allowing the removal of three birds. Permits require slain birds to be left afield as a warning to other vultures to vacate the area.

“In most roost situations, whether in trees or on a structure, birds can be dispersed quickly and efficiently by proper installation of a vulture carcass or effigy,” USDA-APHIS-Wildlife Services advises in a vulture damage management guide. Research shows that correct installation almost always results in roost abandonment in 3 to 5 days. “An effigy can be either a taxidermic preparation or an artificial device designed and constructed to look like a dead vulture. Regardless of the type, proper installation is crucial. Display the carcass or effigy from a high, prominent location so that birds using the roost notice it.”

Black vultures hunt in family groups and are wary of places where one of their kind has been killed and the body remains, according to John Bailey of the Arkansas Farm Bureau Federation. Only black vultures prey on living animals and pose problems for livestock. The more common and slightly larger red-headed turkey vulture exclusively eats carrion.

The range of black vultures has expanded in recent years, and their numbers have also increased, say experts. Black vultures are now seen year-round as far north as Maryland, Pennsylvania, and Ohio. Historically the birds range was much farther south, along the Gulf Coast States, Mexico, and Central America.

The bird’s extended range and population expansion coincides with a boom in deer population, according to authorities. Deer mortality has also increased the food supply for vultures, says Joel Neal, an Arkansas biologist and member of the state Audubon Society.