Researchers Are Putting 90 Microphones Across Alabama to Study Turkey Declines 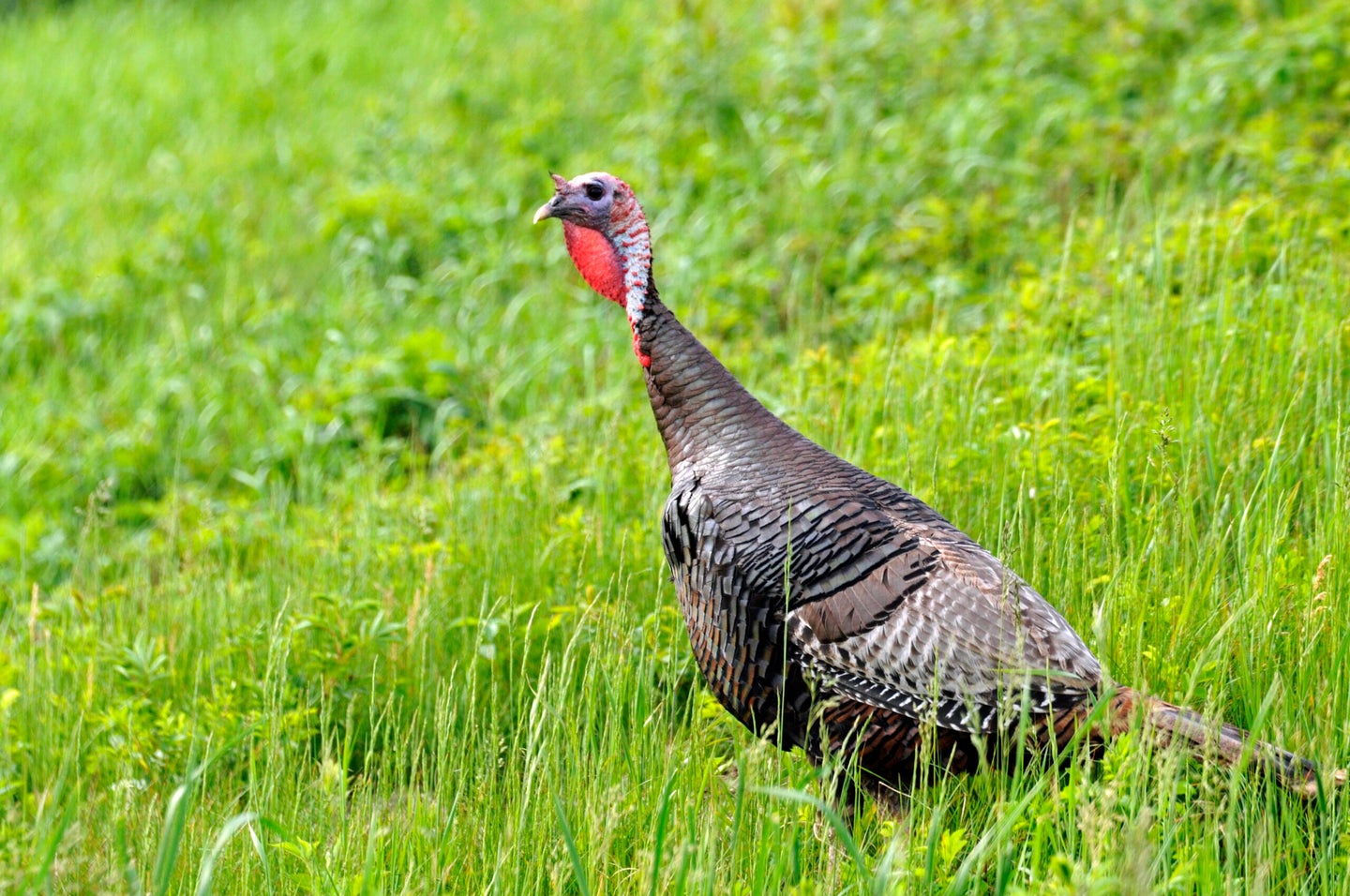 The new study aims to gain a better understanding of why turkey populations are declining in Alabama and throughout the southeastern United States. Matt Poole / USFWS
SHARE

Wild turkeys are hurting in the South, and researchers at Auburn University are seeking to gain a better understanding of why. Dr. Will Gulsby, an associate professor of wildlife management at the University’s School of Forestry and Wildlife Sciences, will lead the research team, which plans to gather data from public and private lands located throughout the state of Alabama. The research is being funded by the Alabama Wildlife Federation and Turkeys for Tomorrow, a Mississippi-based nonprofit that launched earlier this year.

With the help of autonomous recording devices and artificial intelligence, Gulsby and his team will try to determine the timing of gobbling in certain areas, paying close attention to how it’s influenced by hunting pressure.

“We’ll have a recording unit, or microphone, 30 feet up in a tree to record all the turkey gobbles in the area,” Gulsby explained in an interview with the Opelika-Auburn Times.

He says the team will have around 90 of these devices scattered across the state, which will give them a rough idea of where turkeys are more abundant. They can then begin to compare and contrast these areas, looking closely at the characteristics of each property and how they might affect the birds’ reproductive activities. The researchers will also use these recordings to try to determine the proportion of male turkeys in a given area that are capable of fertilizing clutches of eggs.

Meanwhile, the team will be capturing and fitting hens with GPS units that will monitor when and where they nest, the success and failure rates of each nest, and the survival rates of young turkeys after they hatch. Altogether, the comprehensive study could provide a number of valuable insights into the problems facing wild turkeys in the southeastern United States.

“Having more information on aspects of turkey reproduction allows us to better structure hunting regulations to match the species’ biology, ensuring sustainable populations in the future,” Gulsby said in a news release from Auburn University.

Gulsby says that he hopes to start publishing results from the study within the next three or four years. And for turkey hunters in Alabama and neighboring Georgia, this information can’t come soon enough, as wildlife agencies in these states have already restructured their hunting regulations for 2022 in response to declining bird populations.

The Alabama Conservation Advisory Board voted in March to push back the opening day of next year’s spring turkey season to March 25. The state will also decrease the yearly bag limit from five to four gobblers, and will prohibit the use of decoys during the first 10 days of the spring season. The Georgia Department of Natural Resources has taken a similar tack by pushing back the start date of its 2022 spring turkey season—by a week on private lands, and by a full two weeks on public lands—and by lowering the bag limit from three gobblers to two.