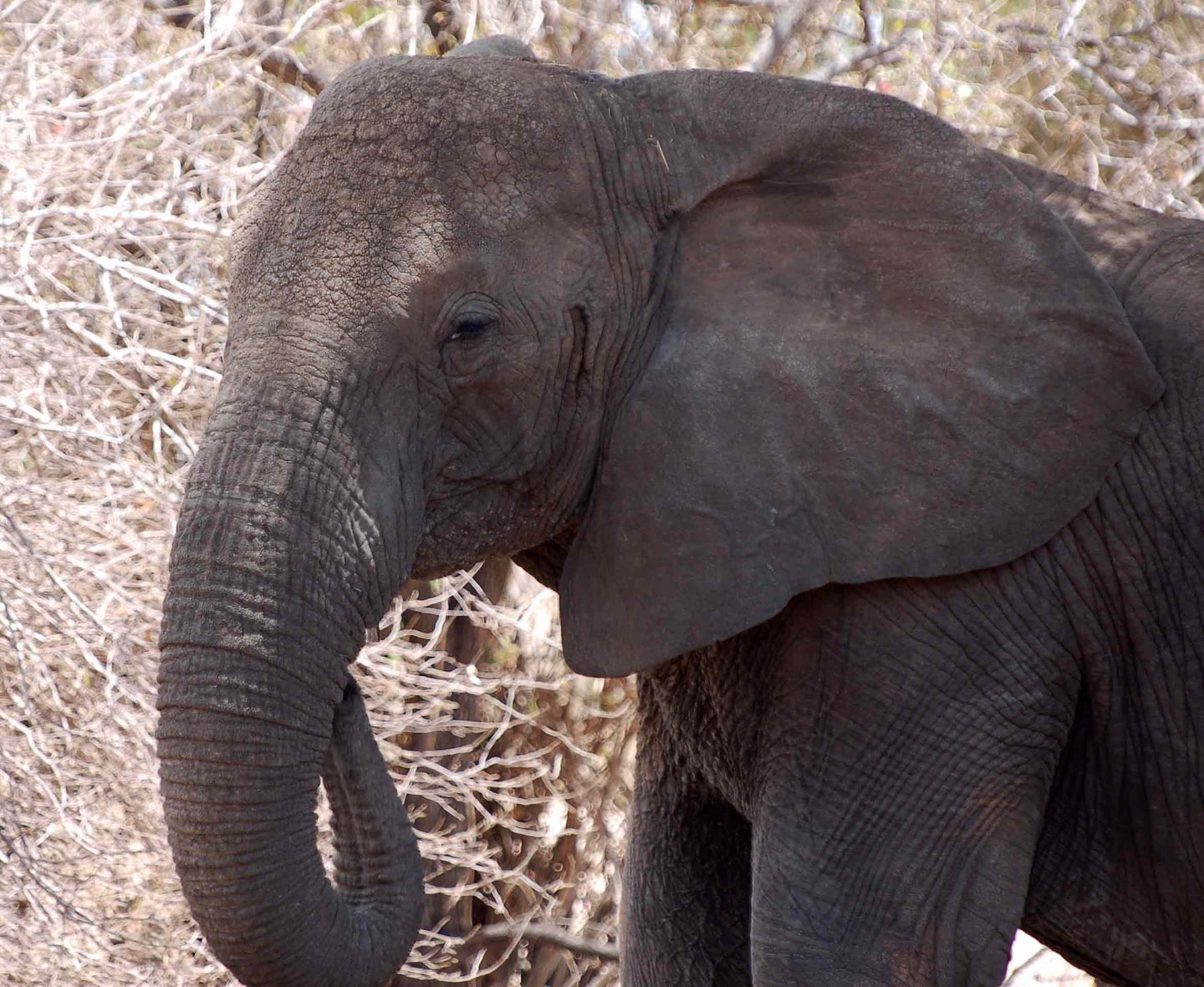 As the poaching of wild African elephants continues, some scientists believe the animals could be evolving rapidly in order to get rid of the one thing the poachers are after: their tusks. Paul Shaffner / Flickr
SHARE

You’ve seen the photo before: a massive pile of elephant carcasses left to rot under the African sun with just their tusks removed. It’s a frequent and troubling reminder that the poaching of wild elephants for their tusks is still a major problem in African countries like Mozambique and Botswana. But according to a new study published in Science, it seems like natural selection could be stepping in—and at a puzzlingly fast rate. The study shows that some female African elephants could be evolving rapidly—over a handful of generations—to lose their tusks as a result of intense pressure from poachers.

The study, published on Oct. 22, takes a closer look at elephant populations in Mozambique’s Gorongosa National Park from 1977 to 1992, when poaching was at an all-time high due to a civil war that reduced large herbivore populations by more than 90 percent. Analysis of these populations revealed that the rapid decline of Gorongosa elephant populations “was accompanied by a nearly threefold increase in the frequency of tuskless females,” that were born during the same period. (The study focused exclusively on females because there is still no record of a tuskless male elephant in Gorongosa.)

The study suggests that the intensive harvesting of elephants for their tusks resulted in a strong natural selection process that favored tusklessness. In other words, because tuskless females were not being targeted by poachers, more of them were able to breed successfully and pass along the tuskless gene to their offspring. Tuskless females were at least five times more likely to survive during the civil war than the tusked females. Over time the proportion of female elephants without tusks rose from 18.5 percent in the 1970s to 51 percent.

In order to further evaluate this evolutionary response, which is happening at an extraordinary rate, researchers then looked at the female elephants that were born in Gorongosa after the war, from 1995 to 2004. They found that the overall percentage of tuskless females remained significantly higher than it did before 1977.

“These results indicate a heritable genetic basis for tusklessness and an evolutionary response to poaching-induced selection in Gorongosa,” the study concludes.

“The fact that it occurred so rapidly is rare indeed, and is a direct function of the strength of [natural] selection,” study author Ryan Long said in an interview. “In other words, it happened so quickly because tuskless females had a much higher probability of surviving the war, and thus a much greater potential for passing their genes onto the next generation.”

To clarify, the study does not imply or assert that African elephants will all be tuskless within a few generations. Their tusks, which are essentially overgrown teeth, serve a variety of important purposes, including digging, eating, lifting objects, and self-defense. These tusks are the result of slow but steady evolutionary processes that have been at work for approximately 56 million years.

As many as 35,000 elephants are killed illegally on the continent each year, according to the African Wildlife Foundation. The vast majority of these illegal killings are to feed the worldwide demand for ivory products. This demand has existed for thousands of years (records show elephant ivory being exported from Africa as far back as the 14th century) and it doesn’t seem to be going away anytime soon. China has traditionally been the biggest market for elephant tusks, and although demand there has dropped noticeably since the country banned the commercial trading of ivory in 2017, the global ivory trade is still worth about $23 billion annually. (The United States implemented a near-total ban on commercial ivory products back in 2016, and the E.U. is currently considering an ivory ban.)

Of course, the sheer size of the African landmass has made enforcement there difficult at best. When countries like Kenya and Tanzania step up their anti-poaching and smuggling patrols, poachers simply move their operations to another region of the continent. And while new technology such as drones and thermal imaging has made poaching activity harder to conceal, there aren’t enough gadgets in the world to stop poaching in its tracks. So what will happen to these elephants as government regulations, task forces, and other human-led attempts at conserving the species continue to be thwarted? Elephants may naturally be developing their own solution.

And before you brush off this discovery as evolutionary hooey, consider for a moment the recent findings of herpetologists in South Dakota, who have been discovering an increasing number of rattlesnakes without rattles. The simple fact is, whether we like it or not, natural selection is continuously re-shaping life on Earth. The irony now is that losing these tusks might be a better form of self-defense for elephants than the defensive purposes they originally evolved to handle in the first place.