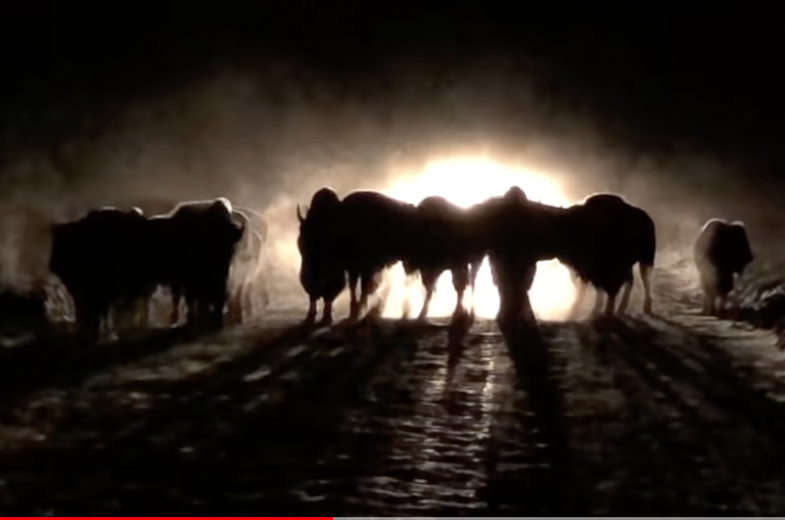 It’s been a challenging winter for wildlife here in Interior Alaska. A freak rain storm in late December created an icy crust layer in the snow, and more snow on top of it made traveling even more difficult for animals like moose, caribou, and bison. Moose have been sticking to the trails, attacking people and dogs in neighborhoods, and even trampling mushers’ dog teams. Just like humans, animals are sticking to the roads, trails, and other areas that make for easier walking.

You can see that phenomenon in action in this video from Delta Junction, Alaska, where a herd of bison is refusing—or unable—to leave the roadway due to the deep drifts on the side of the road. A surreal nighttime video posted to YouTube shows the herd nervously moving back and forth, their breath visible in the headlights of an oncoming car.

Eventually, the bison get fed up and rather than walk around the car, they surge right over the top of it. You’ll see flashing lights as the herd runs through the headlamps, but you can hear the bison running over the top of the small car and trampling it in the process. It appears that no one (or no bison) was injured, but I bet it was a cold ride home that night.