Why Do States Have Such Different (and Obscure) Hunting Regulations? It’s Partly Because We Can’t Agree on What’s Ethical 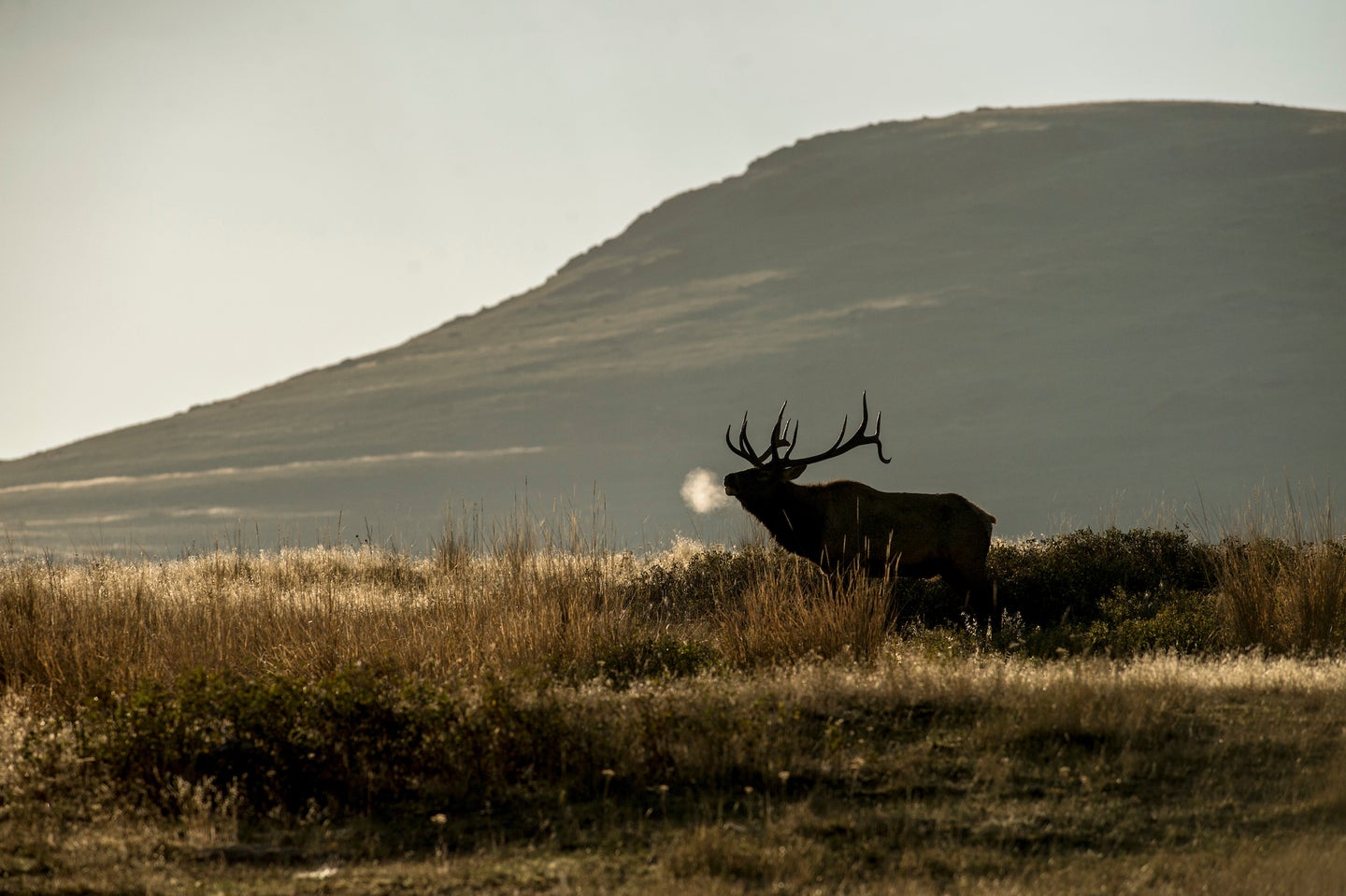 Some hunting regulations are made to prevent bad situations from happening—like shooting elk at long range across a canyon. John Hafner
SHARE

If you’ve hunted in more than one state you know that regulations change when you cross a border, and sometimes those changes seem pretty illogical. Often, regulation discrepancies are based on ethical judgements which are rooted in actual issues in the field. Take Idaho, for example. In the early ‘80s, a warden found a nonresident hunter using a modified rifle chambered in .50 BMG mounted to a tripod to shoot bull elk from a ridge. A friend called the shots using binoculars. It would have taken two days of hard hiking to reach those dead elk, at which point the meat was spoiled. News of this trickled out, and not long after, the Idaho Fish and Game Commission came up with a new regulation: No hunting big game with a rifle weighing more than 16 pounds.

Tony Boudreau, Idaho’s wildlife bureau chief, admits that the 16-pound rule sounds arbitrary to outsiders, but it’s based on a real experience that the state wants to prevent from happening again.

That’s just one example in a nearly endless list of state-by-state rules and regulations governing hunting that may make sense to the creators of the laws, but can be mind-scrambling to hunters sorting through them.

The Outdoor Life Podcast: Why Do We Have Such Strange Hunting Laws?

Editor’s note: You can listen to this episode of the Outdoor Life Podcast on Spotify, Apple Podcast, or wherever else you get your podcasts. This episode contains explicit language.

“It’s a reflection of the conditions in which you hunt,” Boudreau says, “and it’s up to the personal preference and the philosophy of the state that you’re talking about.”

In a sport that should be fairly black and white—life and death—hunting has a surprising amount of gray area.

“Laws can only go so far to prescribe ethical behavior, and some laws are based in biology and some in ethics… and others are commonly held beliefs that become regulation,” says Wyoming Game and Fish Director Brian Nesvik.

Sometimes the laws change because public opinions and values change. For the past century, it was illegal to chase bears in Montana with dogs. The state legislature changed that law this year.

“In Montana, a person may take game birds, hunt mountain lions and hunt bobcats with the aid of a dog or dogs,” Montana Republican Rep. Paul Fielder told the Helena Independent Record. “This bill simply adds black bears to the list of animals that may be hunted with a dog.”

Hunting black bears with hounds is also legal in Idaho, though not in Wyoming. It’s come up before in Wyoming, Nesvik says, but no one ultimately wanted to change the regulation.

These three states all have strong hunting cultures and healthy bear populations, but they can’t agree on the ethics of hunting bears with dogs. And just wait, it gets weirder: Idaho and Wyoming hunters can shoot black bears over bait, however, that’s illegal in Montana.

Advocates for using hounds to hunt bears in Montana, and those who support using bait for bears in Wyoming, say the practice allows hunters to be more careful with their bear identification before shooting. Those in states where it’s not allowed argue hounds or baiting aren’t fair and also aren’t necessary for animal ID.

Read Next: This Ultra-Runner is Trying to Persistence-Hunt a Pronghorn

Most of the time, regulations and hunters’ ethics depend upon the species. For example, it’s legal and accepted across the country to chase birds with dogs, it’s even considered more ethical because dogs retrieve wounded birds that might otherwise be lost. Studies from the 1930s found that about one in four waterfowl that are shot by hunters are not recovered. However, this line of thinking doesn’t work for big game hunting. Imagine for a moment that you wound a pronghorn and then sent a dog to tackle the animal and hold it until it could be dispatched by the hunter. Few, if any, hunters or nonhunters would find that acceptable.  On the flip side, more states are allowing tracking dogs to help blood trail and recover big game, which is viewed by most in the hunting community as ethical and responsible.

Some laws are more dependent on landscape. Using dogs to chase big game like elk, moose, or deer in many western mountain states is not only illegal but also considered unethical.

Travel to a state with trees so thick they’re almost impassable to humans, like portions of the southeast, and you’ll find it’s legal. Similarly, you can legally bait deer with piles of apples or grain in areas of Michigan and Wisconsin, but don’t even think about it in nearby Illinois or Minnesota.

“Look at the evolution of the loss of trapping in western states,” Boudreau says, mentioning New Mexico’s recent ban. “It evolves over time. As society changes, those values change.”

For Nesvik, hunting regulations depend on what makes sense biologically and scientifically. He also considers what the nonhunting public will tolerate.

“We have laws on the books that have nothing to do with biology,” he says, like requiring shotguns be plugged at three rounds even though most duck limits are six. “Because at the end of the day, it’s important for me as the director of the agency to make sure that hunting remains an acceptable norm. We have to be able to maintain hunting as a management tool.”

Move past what is legal or illegal, and hunters begin talking about concepts like fair chase and clean kill. It’s important to understand that those two ideas are similar but not the same.

Aldo Leopold, the legendary conservationist and philosopher, wrote: “A peculiar virtue in wildlife ethics is that the hunter ordinarily has no gallery to applaud or disapprove of his conduct. Whatever his acts, they are dictated by his own conscience rather than by a mob of onlookers. It is difficult to exaggerate the importance of this fact.”

But how to determine what is the right thing?

“Trying to put a value on the continuum of fair chase versus a clean kill is pretty difficult,” Boudreau says. “I think those are part of the instinctive nature of people who hunt and their own personal values and how they grew up and who taught them.”

The Boone and Crockett Club, which runs a magazine called Fair Chase, weighed in a few years ago on the baiting issue. Their conclusion?

The organization lists six principles of fair chase, from obeying all laws and regulations to respecting local customs to behaving “in a way that will bring no dishonor to either the hunter, the hunted, or the environment.”

Long-range shooting is a good example. Hunter education classes teach us to shoot only as far as we know we are lethal. For Nesvik, that’s 400 yards. For his son, it’s 300 yards. Both men refuse to shoot any longer, though likely most hunters have stories of being tempted to take a shot they knew was farther than they should.

Then there’s very long range. In Wyoming, he says, “most people feel if you shoot an animal at 1,000 yards, whether you kill it dead or not, it’s unethical because you’re using technology to such a level the animal has no chance to see you or flee.”

Other people argue the opposite, maintaining that the animal still dies in a quick and humane way. The debate is also growing among archery hunters.

That’s where fair chase becomes evaluated by each hunter’s values and ethics. Ultimately, Nesvik says: “Everybody has a different view on what should be right.” And with that, you get the quagmire of hunting regulations that we have today.

CORRECTION: The original version of this story included a quote often misattributed to conservationist Aldo Leopold. It has been replaced.