My son, his grandpa, and I cast live shrimp into the Indian River, hoping a snook or sea trout might... 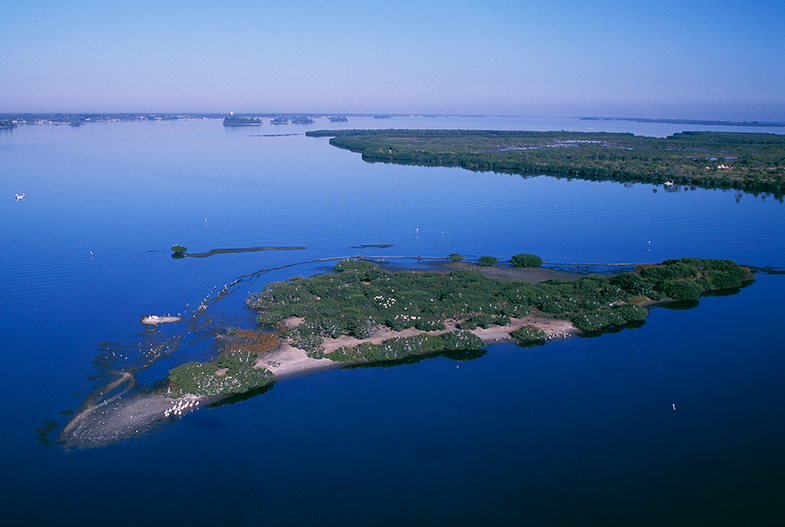 My son, his grandpa, and I cast live shrimp into the Indian River, hoping a snook or sea trout might take the bait under the florid, Florida sunset.

Brown pelicans, simultaneously ungainly and impossibly graceful, coasted past with wingtips skimming the surface. Egrets and ibises probing the mangroves were so perfectly white they reminded me of the snow still covering the mountains back home in Montana.

You might think it always looked this peaceful. But you would be dead wrong. In fact, the Indian River Lagoon is the bloody birthplace of an amazing American conservation success story. A success story that is still hard-fought today.

Here’s the back story: Back around 1900, feathers in hats were all the rage in women’s fashion. Market hunters wiped out egret and pelican rookeries in Florida to feed the demand. Conservationists like Theodore Roosevelt feared those elegant species might soon follow the passenger pigeon, which was careening toward extinction.

Theodore Roosevelt had a tool at ready: The Antiquities Act. That law gives the President authority to protect special, federally managed natural resources as national monuments (the law does not apply to private or state land). Roosevelt used the law to protect Pelican Island, a 5-acre rookery in the Indian River Lagoon.

Although tiny, Pelican Island was something brand new: A national wildlife refuge. Since there was no US Fish & Wildlife Service yet, the Audubon Society hired game wardens to patrol the islands against poachers. It was dangerous duty: Two wardens were murdered in the early years.

But those killings triggered a national backlash against the plume-hat fad and sealed public support for national wildlife refuges.

In the century to come, the network of national wildlife refuges spread nationwide, protecting critical habitat for a wide variety of migratory waterfowl and other species. Sportsmen funded that network via the Duck Stamp, established in 1934. Today, there are more than 550 wildlife refuges, conserving 150 million acres of habitat in the US, managed under the Department of the Interior. Most are open to hunting and fishing and they all trace their history to Pelican Island.

But like those old-school market hunters, there are some enemies of conservation still lurking in the swamp. Anti-public land radicals, like Nevada’s Bundy family, which in 2016 took over the Malheur National Wildlife Refuge in Oregon and claimed the refuge was illegitimate (like Pelican Island, Malheur was founded by Theodore Roosevelt and later supplemented by the Duck Stamp).

Meanwhile, Congressmen like the powerful head of the House Natural Resource Committee, Rob Bishop, R-Utah, are trying to skin the Antiquities Act. They are also trying to convince President Trump to reduce the boundaries of the Bear’s Ears National Monument in Utah, which President Obama conserved under the law.

To get their way, these politicians will need the Trump Administration’s help to undermine or overthrow the Antiquities Act and the National Wildlife Refuge System. Both Trump and Secretary of Interior Ryan Zinke have spoken glowingly about Theodore Roosevelt’s conservation work. Keep watch to see if their actions reflect that legacy or undermine it.