If You Know When to Use Big Baits for Muskie, You Can Land a Giant

Muskie are damn tough to catch, but you can improve your chances if you know which big baits work best 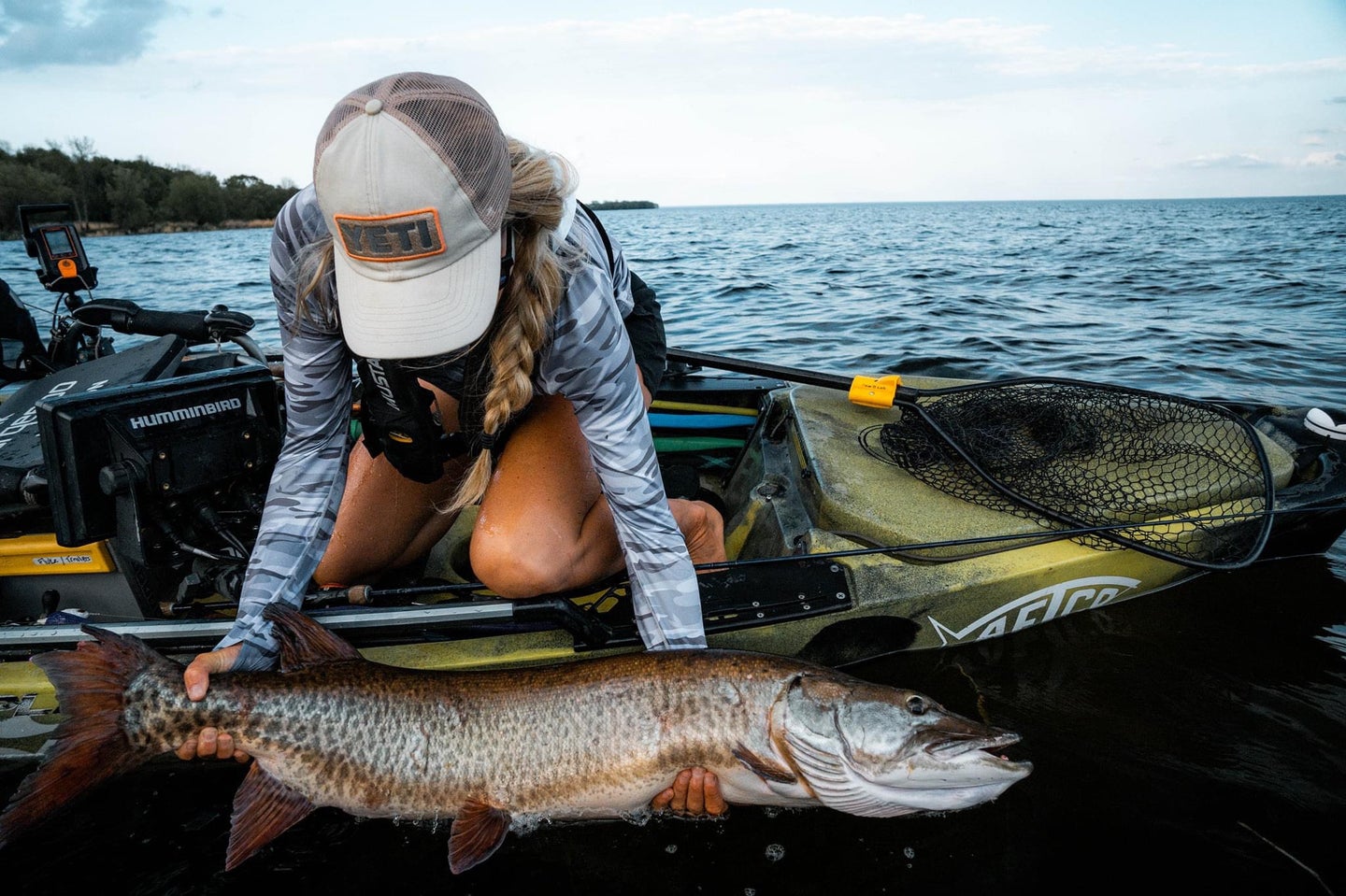 Muskie are known as the fish of 10,000 casts for a reason. Kristine Fischer
SHARE

Muskie are one of the most challenging freshwater fish to catch. Since they are such an elusive species, anglers have generated an endless stream of theories and tactics on the best ways to land more of them. One of the most common is to go with small baits in the spring and big baits in the fall.

I’m a believer in this (most of the time), because typically the main forage for muskie is smaller fish in the spring. And muskie are known to eat fewer but larger meals to expend less energy in the fall, when their metabolism slows.

But anglers who live by this philosophy limit their chances of boating a big-ass muskie. Because big baits can be more successful in certain situations—even in early spring. Here’s a look at some of the best big muskie baits you should have in your arsenal this year. But first, let’s talk about bait choice.

There Are No Rules Behind Muskie Baits

Picking the right muskie bait is not easy. These are finicky fish that are tough as hell to catch. When you’re after them, be sure to take note of the weather and water conditions and habitat and what the muskie are biting on in those scenarios. This will teach you more about muskies and improve your chances of landing one.

Also, you need to locate the fish and grab their attention, first and foremost. And sometimes big baits, like Double 10s—giant in-line spinners—will entice a fish to follow in the early spring, when a smaller bucktail won’t. But if the fish won’t commit to the bait, you should try downsizing. It works the other way, too. Sometimes a muskie will trail a small bait, but only eat a bigger one. You just have to be extremely patient and adapt to what the muskie want. It can be frustrating, but that’s why these predators are known as the fish of 10,000 casts.

Now let’s get into the big baits that have worked for me in the past.

The Medussa is one of my all-time favorite year-round baits on any body of water. This bait comes in a variety of sizes, ranging from the 9-inch 3.5-ounce mini to a 17-inch 15.2-ounce monster. This big bait also comes in a large variety of colors, making it ideal for anglers in all regions. It features a triple tail that moves a lot of water when you rip it. The Medussa is one of the easiest large rubbers to work, as you can troll or cast it. The bait can be swept, you can swim it, or rip it off the bottom. It is one of my go-to large rubbers, and is a great option if the fish aren’t biting on blades or hard-bodied baits.

The Double Cowgirl is 10 inches long, weighs 2.8 ounces and features two No. 10 magnum blades. This proven in-line spinner moves a serious amount of water and the large flashabou skirt gives this bait a large, life-like profile. It’s been one of the more popular in-line spinners for muskie anglers because of its unique vibration and durability. Throwing blades will almost always get you the most follows, and then it’s up to you on whether or not you go bigger—Musky Mayhem makes a magnum with No. 13 blades—or downsize to get the fish to eat.

You can’t talk predator fishing without giving a big topwater option, and the Joe Bucher Top Raider is one of the most popular muskie topwater baits there is. Bucher has been around the block, and his bait offerings are reflected by his dedication to muskie fishing. The Top Raider is a single rotating lure with a metal cupped tail that creates a very loud plopping sound that muskies can’t resist. The rear treble is semi-fixed with shrink wrap, so it sticks straight out and doesn’t compromise the sound of the bait when retrieved. You can vary the speed of this bait, and let the fish tell you what they want.