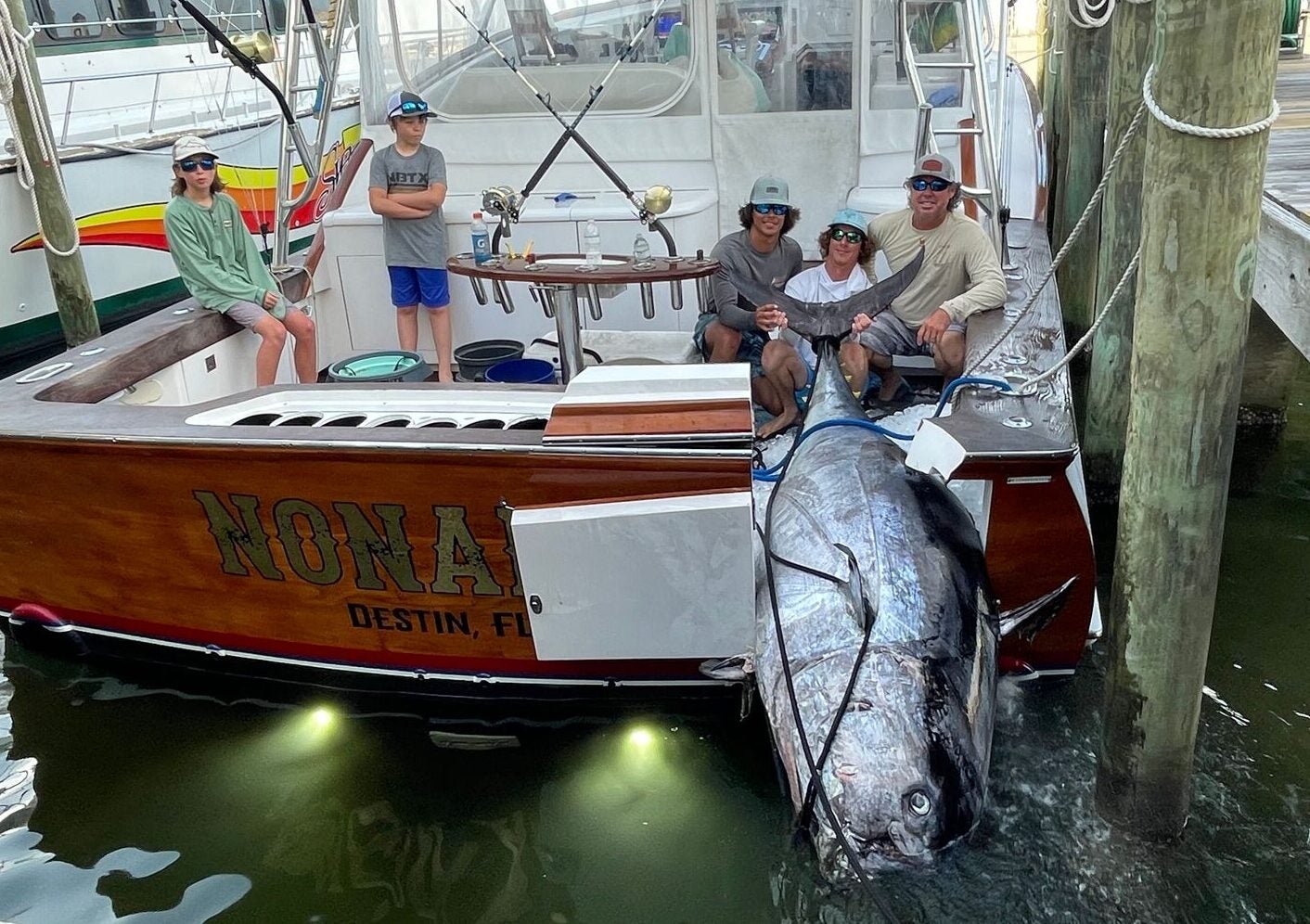 Bluefin tuna are some of the biggest, baddest fish in the sea, and the 832-pound behemoth that was brought into the HarborWalk Marina in Destin, Florida, last weekend could be the biggest bluefin ever recorded in the state’s history, the Miami Herald reports.

A team of three anglers that included Capt. Jake Matney, Devin Sarver, and Jett Tolbert caught the tuna while fishing from the No Name on April 16. Matney’s family was on board as well, according to the Herald, and when the crew hooked into the bluefin, they had already traveled 160 miles since leaving port in Destin the previous day to chase marlin. After a battle that lasted nearly five hours, the team brought the massive fish to the boat. On Sunday, they brought the tuna into the marina to be weighed and photographed.

Although the Florida Fish and Wildlife Conservation Commission has not yet certified the No Name’s catch at 832 pounds, it will likely replace the current state-record bluefin tuna, which weighed 826.5 pounds and was caught by Capt. Joey Birbeck along with mates Dennis Bennett and Josh Goodson. That record-setting bluefin was also caught off the coast of Destin.

Sarver, who had the privilege of doing battle with the giant tuna, is a young but dedicated lifelong fisherman. He shared several photos to Facebook, along with a post expressing his enthusiasm for catching such an incredible fish.

“Words cannot express how greatful [sic] I am!” Sarver writes. “This is what dreams are made of! I’ve never had so much respect for a fish, and to catch him in the Gulf of Mexico is a feat of its own! This bluefin tuna was as bad as they come.”

Devin’s mother April Sarver also shared a video to social media that shows the No Name approaching the dock on April 17. In the video, the tuna is hanging off the stern of the boat and making the 50-foot sportfishing yacht look a lot smaller than it actually is. Hauling the fish off the boat with a rope and pulling it up to be weighed is a feat in and of itself—one that requires five full-grown men to pull on the rope with all their body weight. Which only makes sense, considering the bluefin tipped the scales at more than four times the weight of an average American male.