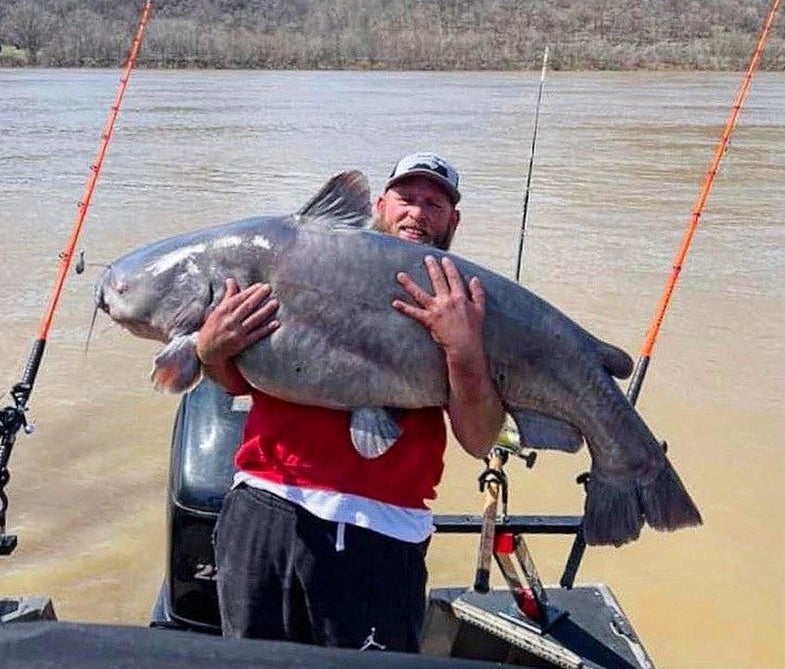 It’s probably safe to assume that Michael Robinson and Terry Raymer will never go to work on March 15 again. The two men from Louisville, Kentucky, have fished on that same date four years in a row now. And according to Kentucky Afield, which shared photos of their recent catch on Facebook, every year they’ve managed to put a catfish weighing more than 80 pounds in the boat. The 94-pound blue cat they landed earlier this week outweighs all those fish, and it just might cement an annual tradition.

The two dedicated catfishermen were on the Ohio River this Tuesday when they hooked the behemoth, and with Raymer’s help, Robinson was able to reel in the fish. After boating the catfish, they realized they didn’t have a big enough scale, so they borrowed one that was rated to 660 pounds from another angler nearby.

Weighing the fish while it was still in the net, the scale registered 97.2 pounds—and subtracting the weight of the three-pound net put the blue cat right around 94 pounds. That’s just 11 pounds shy of the state record, which was also caught in the Ohio River back in 2018.

After they recorded the blue cat’s weight and took a few photos, Robinson and Raymer released it back into the river. And who knows? They might not see the fish ever again, but chances are they’ll be back in the same area next March 15 to continue their streak.