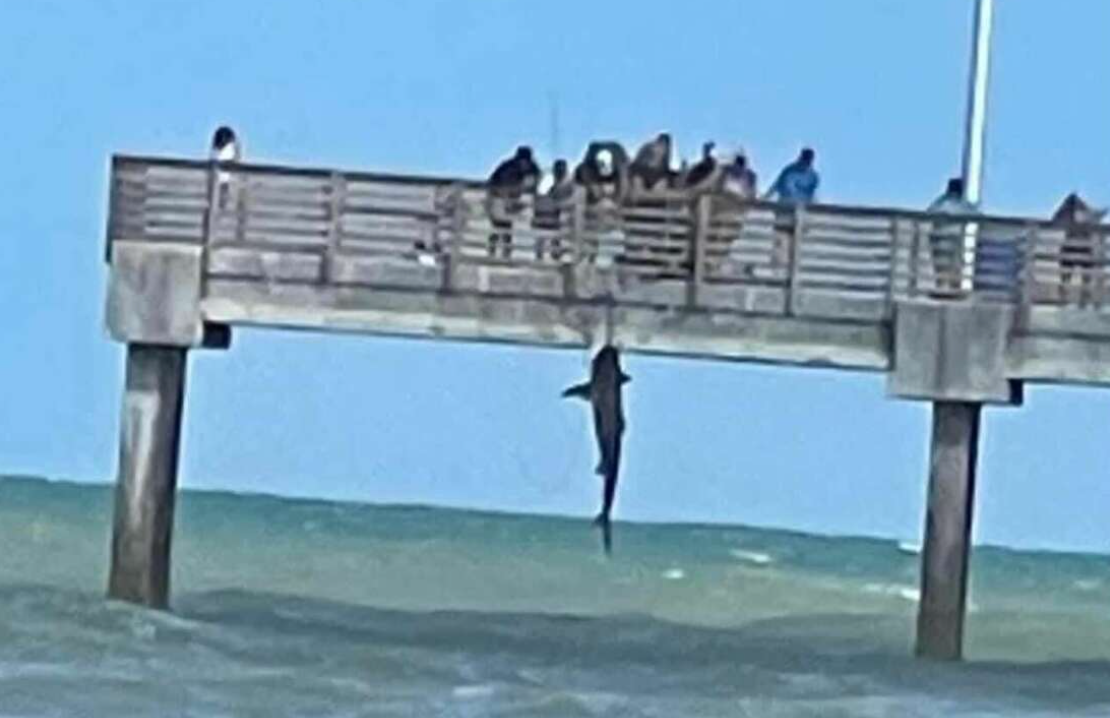 A crowd of anglers haul a large shark up to the Port Aransas Fishing Pier. Christopher Smith
SHARE

Christopher Smith took a photo on July 6 that will become the stuff of local legend along the southeast Texas coast. Smith captured a shot of a large shark dangling from the Keepers Port Aransas Fishing Pier (located east of Corpus Christi), with anglers and bystanders above looking down in awe.

Smith told to the San Antonio Express-News that he wondered how the anglers could safely release such a huge shark, which he thought was a bull or tiger shark. However, the shark was eventually hauled up onto the pier and the meat was divvied up among those who helped catch it.

“That was the craziest thing I’ve ever seen on a fishing pier,” Smith wrote in a YouTube post. “”I could not believe my eyes.”

People on social media have questioned the validity of Smith’s photo. But he told the newspaper it’s real, and he was there in person.

Texas anglers are allowed to keep one shark per person per day, according to the Coastal Fisheries Division of the Texas Parks and Wildlife Department. Shark meat is superb on the dinner table, but they must be cleaned properly to diminish the ammonia-like flavor of the fish. Also, shark skin is extremely tough, requiring large, sharp knives for filleting. Cleaned and cared-for correctly, though, sharks are excellent table fare, especially blacktips and spinners.

Dozens of shark species prowl Texas near-shore waters, including the common blacktip and spinner sharks, which are caught frequently by near-shore and pier anglers. While the sight of hauling a large shark onto a pier is rare, catching sharks around Port Aransas is very common. Earlier this year, an angler made headlines when he landed a 9.5-foot tiger shark on Port Aransas beach after using a drone to set his bait. That shark was released.