The Whitetail Institute's VP on 30 years of food plots, deer hunting, and stewardship 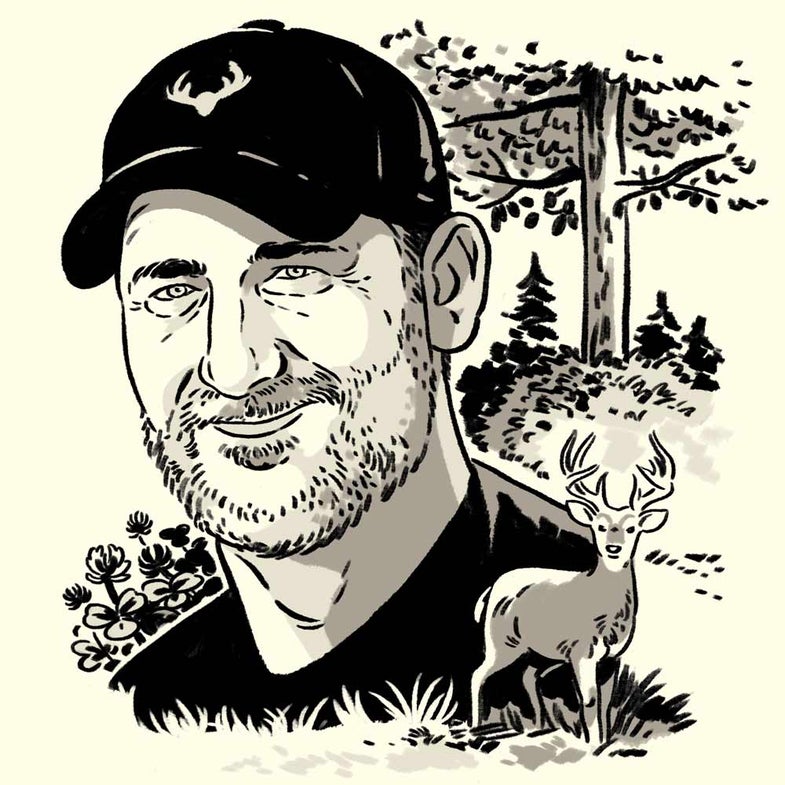 Steve Scott is the vice president and co-owner of the Whitetail Institute, the first commercially successful food-plot company. It was started by his father (and founder of BASS), Ray Scott. Steve has seen big changes in deer hunting in the past 30 years, and he believes most of them—but not all—have been good. But he also thinks the best days are still to come.

What was the first food plot you ever saw?

When I was a kid in southern Alabama, we had green fields—wheat and rye—and then there was a guy at the co-op who threw some clover seed in the truck and told my dad to try it. Dad began noticing that deer would walk past the other stuff to get to the clover, and he wanted to know why. The guy who had developed the clover seed was at Auburn University, and so Dad hired him. He believed that if he was seeing this, others could too. We heard the word “fad” a lot. It took a lot of years and investment before we saw a profit.

Over the past 30 years, what changes in deer hunting are most notable?

A guy today is five times more likely to kill a buck that qualifies for the record book than he was 30 years ago. Is that all because of the Whitetail Institute? Of course not. But we’ll take some of the credit. People are becoming land stewards. It’s not just about food plots, but also cover, timber improvement, and an appreciation for all the wildlife that benefits from it. When it comes to conservation, hunters are putting their money where their mouth is.

Are we in the good old days right now?

I think the good old days of deer hunting have passed—but I think the better days are ahead of us. We had a peak in the ’90s and early 2000s, and then we went into a lull where we lost some hunter numbers, deer populations plummeted in some areas, and many people became discouraged. The reality is, I think, people were spoiled on seeing 20 or 30 deer in an afternoon. Now there are days when they see only two or three deer—or maybe none. But that’s often all you should see when the carrying capacity of a property is correct.

Is the big-deer craze to blame for loss of hunting access?

Partly. It sped it up. But I think more than that, it’s economics. The guy who used to let you hunt his 800-acre farm: Can you blame him when someone offers him $25,000 for hunting rights?

What’s the worst thing to happen in deer hunting over the past 30 years?

For a while, we were in danger of putting an emphasis on antlers over fun. Fortunately, it seems that pendulum is swinging back, and more hunters are realizing what’s actually important.

What do you miss about deer hunting 30 years ago?

The camaraderie of camp. When I was a kid, the food, the jokes, and the card games were all a part of it. The way we hunt deer now is much more serious and solitary than it used to be.

Trail cameras have obviously changed the way we hunt deer. Is there anything not to like about them?

Only that they can take away that “Christmas morning” feel.

It can. You’ve gotta hunt your neighborhood. If you’re waiting for a 200-incher in southern Alabama, you’ll be there a while. In many places, the best deer in the neighborhood might be a 150-incher, and you need to be thrilled if you even get to see it.

Read Next: Whitetail Deer Management Over the Years

Working with your neighbors can be a challenge for some land managers. What advice do you have?

When you make the commitment to do what we’re doing but your neighbor hasn’t, you can’t beat him over the head with a sledgehammer and expect results. The worst thing you can do is look at a buck he shot and say, “He needed another year.” Well, if he’s dead in a pickup, he’s not getting a year older. If a fellow hunter is excited enough to drop the tailgate and show off their buck, whoop it up with them. Be happy with others’ success, and not jealous or demeaning. That alone makes working together easier in the long run.