This new watch from Casio is bombproof, no matter where your adventures take you 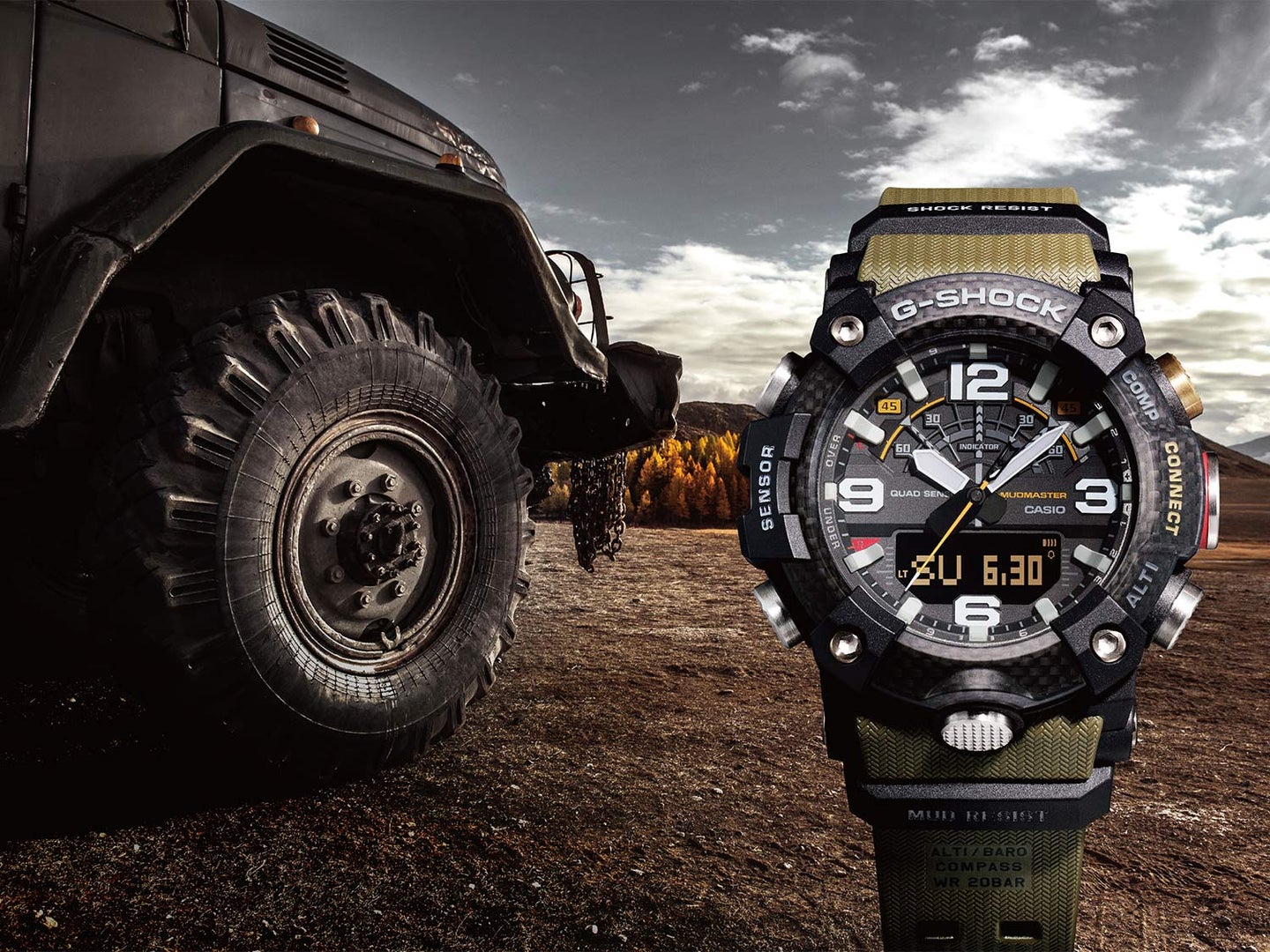 Hunters and anglers expect their gear to stand up to hard use. And what’s true for a rifle, four-wheel-drive truck, or a duck decoy is also true for a watch. It must be able to endure a dunking when releasing a rainbow trout in a cold, fast-running mountain stream, resist shock and dust while belly-crawling over a sagebrush flat for antelope, and perform flawlessly when setting a course on a late-season backcountry elk hunt in a snowstorm.

That’s a tall order, but Casio’s G-SHOCK MUDMASTER GG-B100 watch has been built to meet the challenge of these extreme environments. The key to the G-SHOCK’s incredible performance is its Carbon Core Guard structure. This shock-resistant carbon core guard protects the watch’s vitals to assure proper function regardless of terrain or weather conditions. Using carbon for the watch’s core saves weight and adds strength, as it has a tensile strength ten times that of iron and yet weighs far less. The carbon case also allowed Casio designers to develop a new structure of shock-resistant button. Doing so also let them remove button guards from the exterior, which helps streamline the G-SHOCK’s look. In addition, the watch contains a filter that prevents the intrusion of dirt, vastly improving the watch’s performance in muddy environments.

Then, drawing inspiration from the petrol tanks seen on offroad vehicles that traverse tough trails, Casio designers created a special dual-layered case that provides enhanced protection from mud, dust, and moisture. This case features an airtight stainless-steel panel back as well as a shock-resistant fine-resin fiberglass back.

Other features that will appeal to adventurous outdoorsmen include a digital compass, altimeter, barometer, thermometer, step counter, sunrise/sunset time display, world time, and LED illuminated dial. The G-SHOCK will also link via Bluetooth to a smartphone for enhanced functionality.

The Mission Log function tracks the altitude measured by the watch and the course obtained from the smartphone’s GPS and automatically records both to an app. The Calorimeter measures altitude and step count to calculate the calories consumed on a long stalk.