Giving Thanks (Again) for Dad’s Rifle

Loyal readers may recall that for the last several seasons I’ve hunted with various rifles bequeathed to me by my... 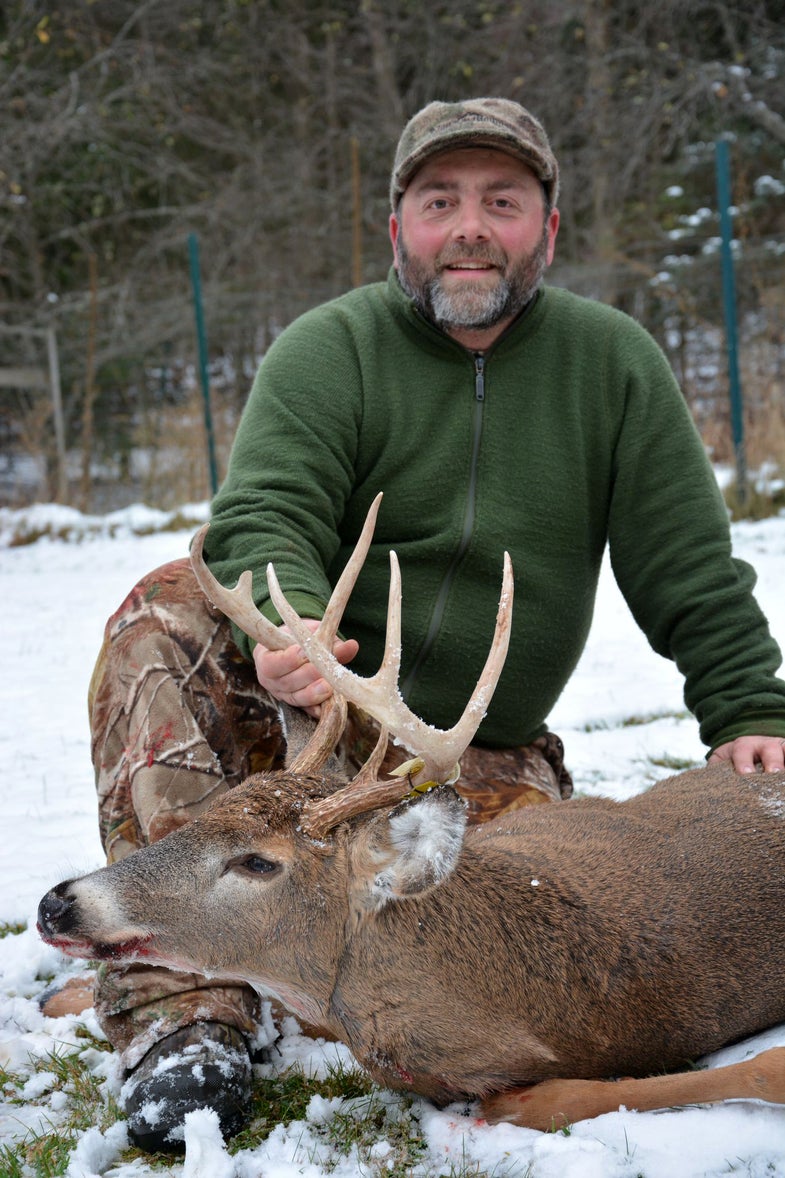 Loyal readers may recall that for the last several seasons I’ve hunted with various rifles bequeathed to me by my late father, like his Savage 99 and the .25/.20. To my mind, there’s no better connection with the man who taught me about deer hunting, the outdoors, and guns than to take a walk with a tool of wood and metal that he cherished.

As a writer, I never know who might find or appreciate my words, but after this Thanksgiving weekend, I’d like to share with you the story of a friend of mine who read my story, and then participated in a memorial to his own late father.

Here’s a verbatim email I received from Jon LaCorte, and the story of hunting with his late father’s rifle:

A few months ago I had stumbled upon the article you wrote about hunting with your dad’s gun, and I had to share this story with you.

I had been using my Dad’s Remington 7400 in .308 the last 2 years since he passed for the rifle season in New York without any success. I was considering going back to one of my own rifles this year and was just going to chalk it up to the fact that it was just not meant to be. Then I ran across your blog and was compelled to continue to use his rifle.

Well, this past Saturday I carried that trusty rifle into the cold November woods of upstate New York with the hopes that I would have an opportunity at a legal buck (The past three years we have been under a 3-point-per-antler restriction). It was 20 degrees with little wind and a nice fresh snow cover. I had sat in this same stand on opening day for the past two years and seen numerous bucks, but none that would meet the antler restriction. As I climbed the steep mountain to my stand, I was flooded with memories of hunting with my dad and all the great times we shared as I made the trek in the predawn darkness. I glanced down at the rifle and looked up at the star-filled sky and said a little prayer in the hopes that today would be the day.

The day was eventful, with the sighting of a couple small bucks and several does. As the day started to draw to a close, I looked at the setting sun and was discouraged, but I kept telling myself over and over that things can change in an instant and I needed to stay alert. The rut was just kicking in and a hot doe could draw a buck past my stand at any moment.

Shortly after that, I heard the sound of a running deer and turning to look over my right shoulder to see a doe bounding across the plateau of the mountain, she stopped and turned to look back from where she had come. I knew a buck had to be chasing her so I stood and turned in the direction she came. A few seconds later I see a body running through the thick cover coming from the same direction as the doe but I could not make out that it was a buck until it was already in one of my shooting lanes. I saw immediately that it was a racked buck, but had to be sure that it had at least 3 points on one side before I could shoot.

I shouldered the rifle and started to track it in the scope and saw immediately that it had 3 points on the closest main beam. I grunted to try to stop him and he kept going, grunted a second time louder and he still kept going, he was about to clear the top of the ridge headed for the doe and I grunted even louder and he stopped with a couple of trees blocking his vitals but giving me a tight window to shoot through with a clear shot at the base of his neck at about 70 yards. Since it happened so quickly, as the deer was on my off side, I was forced to shoot offhand. It seemed like I went into autopilot as the gun felt almost like an extension of my body and before I even knew it the rifle barked and the buck folded in its tracks. As I came out of recoil, I got back on the fallen buck just to make sure he was down for good. I lowered the rifle and looked over the scope at this majestic buck lying in the snow and I looked down at the rifle in my hands and almost could not believe what had just happened. It all unfolded in a matter of a couple of seconds after 10 hours in the stand that day.* _ 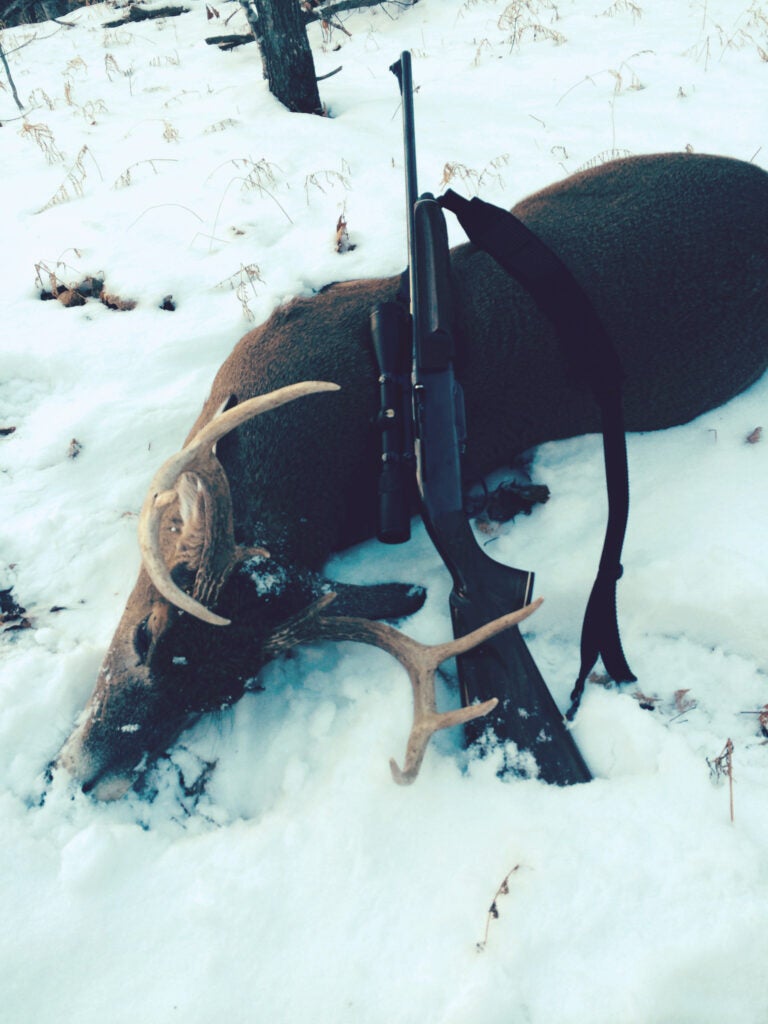 The author’s buck and his dad’s rifle

*I climbed down from the stand and walked over and knelt beside the buck, placed my hand on its shoulder, took my hat off, bowed my head and thanked the good lord for giving me the opportunity to harvest this animal. I field dressed the buck and started the drag down the mountain as the light began to fade. When I got to the bottom of the mountain where my buddy was going to pick me up with the quad, it was already dark. I sat down next to the buck, with the rifle by my side and looked up at the clear, star filled sky and said “Thanks, Dad.” I sat there weeping for quite a while and was overcome with emotion. I have been blessed to have hunted quite a few places across the country and kill bigger bucks, but I don’t think any of them have meant as much as this buck will.

I just wanted to say thank you. It was the blog that you wrote that helped me “stay the course.”*