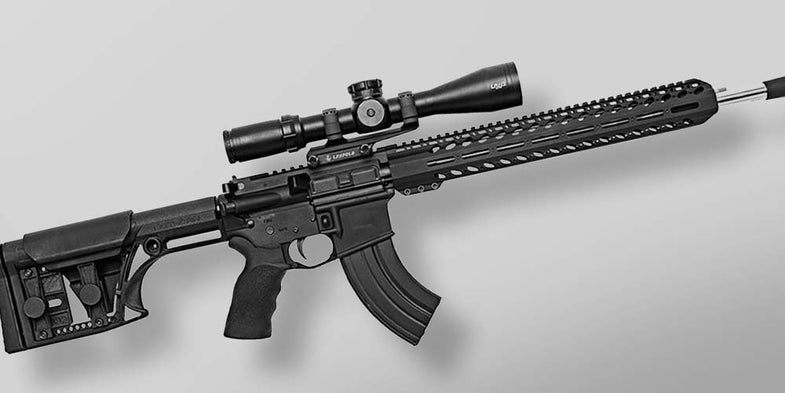 President Donald Trump is not the only Republican strongly signaling support, to varying degrees, for varying degrees of gun control legislation in the wake of the Valentine’s Day Parkland school shooting in Florida.

According to the Washington Post, Sen. Pat Toomey, Pa., will soon introduce legislation to expand background checks. It will be similar to a proposal he and Democratic Sen. Joe Manchin of West Virginia put forward in 2013 as the Manchin-Toomey Compromise Background Check Bill. Under that failed proposal, background checks would be required for online purchases and sales from unlicensed gun-show dealers.

Meanwhile, Arizona Republican Sen. Jeff Flake announced on Feb. 28 that he will work with California Democrat Sen. Dianne Feinstein on the gun control maven’s proposed bill to raise the minimum age of purchase for AR-15s from 18 to 21.

On Feb. 26, Trump told the National Governors Association that he would “write out” bump stocks with an executive order. The next day, he directed the Justice Department to develop regulations that would ban bump stocks and present them to him for signing.

The president clarified his support for raising the minimum age to purchase a semiautomatic weapon from 18 to 21 and for “looking” into the background check system. He also reiterated his endorsement of the Fix NICS Act of 2017 (SB 2135), co-sponsored by Sens. John Cornyn (R-Texas) and Chris Murphy (D-Conn.).

“I’m glad to hear the president is open to our Fix NICS Act, but let’s not pretend this is some huge concession on his part,” Murphy said. “It’s a good bill and we should pass it into law, but if this is all the White House is willing to do to address gun violence, it’s wholly insufficient.”

— Trump ‘supportive’ of tougher gun law, but his record suggests that may not mean much

— Why Parkland could be a turning point for gun control

If decades of data patterns documented by the Bureau of Bureau of Alcohol, Tobacco, Firearms and Explosives (ATFE) are predictive of future events, the intensifying gun control debate in Washington and in state capitals nationwide in the wake of the Valentine’s Day Parkland school shooting will boost firearms sales and prompt a run on semi-automatics that could meet whatever politically contrived criteria is being used to ban “assault weapons.”

With President Donald Trump and some Congressional Republicans strongly signaling that they will support some gun control legislation, “I would expect a bump” in sales, Timothy Lytton, a Georgia State University’s College of Law professor and gun industry observer told Damian Paletta of the Washington Post.

“How big the bump is, depends on how much concern is whipped up among people who are gun collectors — the people who want to stay heavily armed in terms of that movement,” Lytton added.

“The two biggest years for gun production in recent history — 2013 and 2016 — came during intense debates about whether Democrats would be able to curb access to firearms such as the AR-15,” he writes.

Philip Cook, professor emeritus of public policy studies at Duke University, agreed. “Gun lovers have been convinced that their right to buy guns in general, or particular types of guns, would be taken away by the politicians and they better hurry up and get whatever guns they have considered obtaining,” he told Paletta.

With the ascension of Trump into the White House, fear-spurred firearms purchases slackened sharply in 2017. But with Trump and others appearing willing to approve gun control legislation — even endorse an “assault weapons” ban, which Trump has called for in the past — analysts say past patterns will repeat, making the AR-15 a hot-selling item.

Of course, it already was. According to the 2016 ATFE annual report, the latest year data is available for, overall firearms production spiked as fears of an anti-gun Hillary Clinton presidency spurred sales. Firearms companies built roughly 11 million guns, including more than 4 million rifles — up from 1.8 million in 2010.

Of those 4 million rifles sold legally nationwide in 2016, the National Rifle Association estimates that 25 percent — 1 million — are AR-15s or other semiautomatic styles. Others maintain the ratio is closer to 50 percent.

— Kahr Firearms—Steering Its Own Market

— These Retailers Have Changed Their Gun Policies Since Parkland

— Smith and Wesson was once a leader in gun safety. Then the NRA stepped in

National Rifle Association Florida lobbyist Marion Hammer is calling on gun rights supporters in Florida to contact their state legislators to oppose a proposed $400 million gun and school safety bill drafted in less than a week in the wake of the Valentine’s Day Parkland school shooting.

The 73-page bill, Senate Bill 7026, would increase the minimum age to purchase any firearm from 18 to 21; require a three-day waiting period on all firearm purchases; and ban bump stocks.

Hammer, in a March 1 alert, said the age restriction, three-day wait and bump stock ban — as well provisions that would confiscate firearms from those arbitrarily classified as “a danger” — are an “organized effort to bully legislators into passing legislation to hijack your Second Amendment rights.”

According to watchdog.org, the Florida Senate deliberated for more than seven hours Saturday before advancing the proposed gun and school safety bill for final adoption Monday when the Florida House is to get its first of two looks at the bill.

Both bills must be reconciled before the session ends March 9 to be submitted to Gov. Rick Scott, who has proposed his own $500 million plan and said Thursday the ‘marshal plan’ “should not be in the bill,” according to watchdog.org.

While dozens of amendments were soundly rejected on party lines Saturday, there were unexpectedly close Senate votes in defeating amendments calling for an outright “assault weapons” ban — 20-17 — and for a two-year moratorium on all AR-15 sales — 21-17.

An amendment filed by Sen. Oscar Braynon III, D-Miami Gardens, proposing to extract the “marshal plan” completely from the bill was also barely rejected in a 20-18 vote, presaging a last-ditch effort Monday to strike the program from the bill.

— After Parkland, States Take A Fresh Look At Gun Legislation

— After another mass shooting, S.C. lawmakers wrestle over gun rights

— Michigan: Bill allowing taking guns from unstable people may get hearing in Lansing

— Kentucky legislator: No regrets about my call for gun regulation after Parkland shooting

The 2nd U.S. Circuit Court of Appeals in Manhattan has unanimously rejected the New York State Rifle & Pistol Association’s challenge to strict New York City limits on how licensed handgun owners may use their weapons outside the home.

In a 3-0 ruling in New York State Rifle & Pistol Association Inc v. City of New York on Feb. 23, judges said the restrictions on people who have licenses to have guns at home, known as “premises” licenses, did not violate the Second Amendment, reports Reuters’ Jonathan Stempel.

Circuit Judge Gerard Lynch wrote that premises licenses differ from “carry” licenses, which give holders broader freedom to take guns outside the home. Thus, he wrote, restrictions advanced the city’s “substantial, indeed compelling” interests in protecting public safety and preventing crime, by regulating firearms possession in public, according to Stempel.

Lynch wrote that measure was enough to “easily justify the insignificant and indirect costs” imposed on gun owners’ rights, despite the 2008 Heller U.S. Supreme Court decision that the Second Amendment protects an individual right to own guns beyond his doorstep.

Backed by the National Rifle Association and its New York chapter, the New NYSRPA sought permission for holders of premises licenses to take guns to shooting ranges outside New York City, or other homes in New York state. Though license holders could take unloaded guns to seven ranges within the city, the plaintiffs said the city’s restrictions amounted to a “near-complete ban” on gun transport, writes Stempel.

— The Supreme Court Should Restore the First Amendment in Minnesota

— IS THE SUPREME COURT THE KEY TO GUN CONTROL?