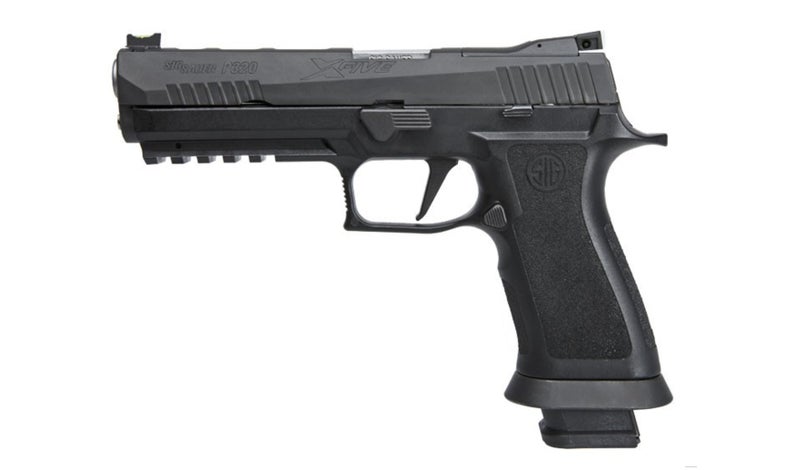 During the United States Conference of Mayors’ 85th Annual Meeting in late June in Miami Beach, New York City Mayor Bill de Blasio and Chicago Mayor Rahm Emmanuel spearheaded the passage of a resolution opposing adoption of national reciprocity bills that have been introduced in the House and the Senate.

The resolution called the bills “dangerous legislation” that “would essentially force the localities to give full faith and credit to permits that are issued on less rigorous grounds.” The resolution demands that cities retain the authority to issue permits and regulate firearms as they, not the Constitution, sees fit. The resolution said national reciprocity would remove “local governments’ ability to maintain sensible gun standards.”

The California Police Chiefs Association is among groups that have joined the Mayors Conference, announcing in early August that national reciprocity would “erode local control of issuing concealed carry permits” and reduce “the arbitrariness of the issuing authority rules.”

“Such complaints are expected from a ‘may-issue’ state,” writes Breitbart’s AWR Hawkins, noting New York, Illinois and California are states “where law enforcement officials grow accustomed to being the final arbiters on who does and does not have the right to keep and bear arms.”

But the truth is this: There are more than 16 million concealed-carry permittees in the U.S. — about 6.5 percent of the nation’s population. And the vast majority of these law-abiding citizens vote.

Therefore, it doesn’t matter what mayors believe or how some law enforcement officials feel. The Constitution is the Law of the Land and law-abiding citizens make those laws, not mayors and police.

Congress returns from recess Sept. 5 — barring, say, some emergency in, say, the western Pacific (although they might be more helpful remaining adjourned) — and law-abiding gunowners need to remind them that there is unfinished business idling in committees.

HR 38, The Concealed Carry Reciprocity Act of 2017 introduced by Rep. Richard Hudson (R-NC), was introduced on Jan. 3 and referred to the Subcommittee on Crime, Terrorism, Homeland Security, and Investigations. Despite garnering 208 co-sponsors, the bill hasn’t moved forward.

SB 446, The Constitutional Concealed Carry Reciprocity Act, was introduced by Sen. John Cornyn (R-Texas) on Feb. 27. It has 37 co-sponsors and was last heard from in the Senate Judiciary Committee.

Sig Sauer on August 8 issued a voluntary recall for the P320 handgun, the civilian version of the Army’s M17, to correct a defect that causes an “uncommanded detonation” if dropped from certain heights and angles.

According to Sig Sauer, about 500,000 Sig P320s have been sold since they were introduced in the United States in 2014. The P320 is the civilian version of the M17, which the Army chose to replace the Beretta M9 as its standard sidearm earlier this year.

The defect was discovered by the online blog Omaha Outdoors, which performed a series of “drop tests” on several P320s and discovered the automatic handguns would consistently fire if dropped from certain heights and at a certain angle. Omaha Outdoors noted that its tests exceeded standard drop-test parameters used by industry and government.

“Recent events indicate that dropping the P320 beyond U.S. standards for safety may cause an unintentional discharge,” the company said in an August 8 statement. “The P320 meets U.S. standards for safety, including the American National Standards Institute (ANSI) / Sporting Arms Ammunition Manufacturers’ Institute, Inc. (SAAMI), National Institute of Justice (NIJ), as well as rigorous testing protocols for global military and law enforcement agencies.”

For information on the recall, details will be posted at www.sigsauer.com on August 14

— COULD THERE BE AN INCREASE IN GUN IMPORTS WITH THE TRUMP

— Smith & Wesson maker’s shares decline, but not its CEO pay

— Sig Sauer to offer upgrades of pistols for Dallas PD

During 2017’s legislative sessions, bills related to medicinal marijuana were proposed in every state as the emphasis gradually swings from marijuana being regarded as an illegal drug to a medicinal agent. According to Congressional Quarterly’s State Track, West Virginia became the 29th state to legalize medical cannabis when Democratic Gov. Jim Justice signed SB 386 into law in April.

“The first thing hunters, sportsmen and other gun owners probably don’t know, but need to know, is if you have a medical marijuana card, you won’t be allowed to buy a gun,” writes Geoff Dornan in an August 6 Tahoe Daily Appeal article. “Second, if you use pot, forget about a concealed weapons permit.”

To purchase a firearm, citizens fill out a Bureau of Alcohol, Tobacco, Firearms and Explosives TF Form 4473, the Firearms Transaction Record. Last year, the United States Department of Justice amended Question 11e to read: “Warning: the use or possession of marijuana remains unlawful under federal law regardless of whether it has been legalized or decriminalized for medicinal or recreational purposes in the state where you reside.”

The form goes on to say anyone who answers yes to that question “is prohibited from purchasing or receiving a firearm.”

“The simple answer might seem to be just answer question 11e ‘No’,” Dornan writes. “A recreational user with no criminal history could do that, but there is a record of who has a medical marijuana card.”

A medical marijuana card is confidential, even from law enforcement but, could be obtained by a court order.

But, Dornan notes, “recreational users need to know that making a false statement on that application is a felony punishable by up to five years in federal prison.”

— GUN OWNERS WARNED TO STAY AWAY FROM CALIFORNIA

— ‘Campus Carry’ Law Would End Students as Victims in Fla.

— Should Massachusetts allow guns to be equipped with suppressors, or silencers?

Maryland’s 2013 Firearm Safety Act (FSA), which bars the sale of semi-automatic rifles and caps magazines at 10 rounds, could be the target of the next big precedent-setting gun to go before the Supreme Court.

Andrew Turner, of Hyattsville, and lead plaintiff Stephen Kolbe of Towson, Md., along with gun stores and gun-rights groups, are suing to overturn the Maryland law in the case, Kolbe v. Hogan. They are specifically disputing a lower court ruling that said the Second Amendment doesn’t apply to these guns.

After the suit challenging the FSA was denied, the plaintiffs appealed to the 4th Circuit Court. In February 2016, a three-judge Circuit panel vacated the lower-court ruling in a 2-1 decision and agreed the full court would hear the challenge, becoming the first appeals court to apply “strict scrutiny” to firearms regulations.

In May 2016, the full 4th Circuit Court heard arguments. Earlier this year, a 10-4 majority ruled, “We have no power to extend Second Amendment protection to the weapons of war that the Heller decision explicitly excluded from such coverage.”

The opinion went on to state, “At the same time, according to the state’s evidence, the FSA-banned assault weapons have been used disproportionately to their ownership in mass shootings and the murders of law enforcement officers.”

In July, the plaintiffs appealed their case to the Supreme Court. “Maryland has banned the most popular semiautomatic rifles and magazines — arms that are indisputably in common use for self-defense —from the homes of its law-abiding citizens,” the plaintiffs’ petition said.

“We would like to see a reversal in the trend of the lower courts,” plaintiffs’ attorney Jay Porter said. “At best, there is a lot of confusion in the lower courts about the Second Amendment. At worst, lower courts are ignoring and resisting the Heller decision because they didn’t like the outcome. That resistance needs to be mediated.”

— In Iowa courthouses, gun debate comes down to court ruling vs. state law