Gun News of the Week: Florida Lawmakers Challenged to Respond to Parkland Shooting

Plus: The Trump Slump 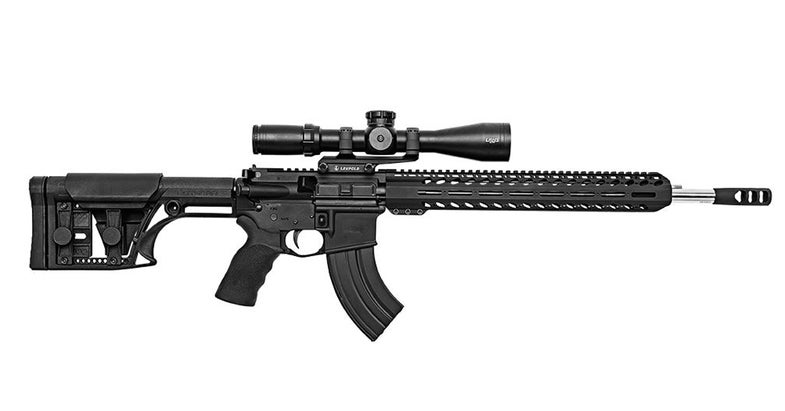 Sen. Tim Scott (R-South Carolina) said Sunday that he will spearhead an effort this coming week to get the proposed Fix NICS Act of 2017 (SB 2135) before the Senate for a vote in an effort to respond to growing national anger over Congressional inaction on gun violence.

“We are putting more pressure on our system and to include in the Senate to make sure that that legislation gets to the floor. Sen. [Chuck] Grassley has been very clear, the chairman of the Judiciary Committee, plans to bring that legislation up,” he said on Sunday’s “Face the Nation.”

“It is bipartisan legislation support from folks like [Sen.] Chris Murphy in Connecticut and myself in South Carolina,” he continued. “The reality of it is that we have a sense of urgency about getting that done. I’m very hopeful that this is the time that we see this nation’s leadership united to solve a problem that could have prevented atrocities.”

But good luck. With emotions and optics at a fever pitch following yet another mass shooting in yet another school, Sen. Dianne Feinstein, D-California, is cranking up the Wurlitzer, unleashing the accordion-playing chimpanzees, and positioning herself to be the leader of the dog-and-pony show band.

At least this time — at least not yet — Feinstein is not resubmitting her proposed Assault Weapons Ban which is purposely flawed and designed not to pass, but perfect for being dusted off in press conferences as testament that she is doing something.

Feinstein announced on Feb. 16, two days after the shooting in Parkland, Fla., that she would introduce a bill that would require “all rifle purchases from gun dealers” be restricted to individuals 21 years old and over.

“Under current law, licensed gun dealers cannot sell a handgun to anyone under 21, but they are allowed to sell assault rifles like the AR-15 to anyone over 18,” Feinstein said in a statement. “This policy is dangerous and makes absolutely no sense.”

Feinstein said she will meet with Grassley and Sen. John Cornyn (R-Texas), sponsor of the Fix NICS Act of 2017, to get her proposed bill on an accelerated track.

Meanwhile, Rep. Carolyn B. Maloney (D-N.Y.), announced her plans to propose legislation that “will take the Obama-era mental health background check regulation that President Trump repealed and make it law.”

Actually, it already is law. The same provisions in President Barack Obama’s executive order that prohibited Social Security recipients deemed “mentally deficient” from legally purchasing a firearm were in Rep. Tim Murphy’s (R-Pa.) ‘Helping Families in Mental Health Crisis Act of 2016,’ which was incorporated into the 21st Century Cures Act, which was adopted in December 2016.

So, contrary to popular myth and a million Facebook memes, not to mention a rare miscue by Snopes.com, President Donald Trump deleted the Obama executive order because it was identified during the CRA process as redundant, since it had been replaced by a law.

But hey, at least Maloney is doing something.

— Tim Scott: The system to prevent mass shootings is in place, it just needs to be followed properly

— Trump: Dems could have passed gun control under Obama

— [The Sad Reality of Trying to Keep Guns Away from Mentally Ill People]https://www.newyorker.com/news/news-desk/the-sad-reality-of-trying-to-keep-guns-away-from-mentally-ill-people/()

— Richard Blumenthal: Republicans will act on gun control if they risk losing elections

— The showdown over the Concealed Carry Reciprocity Act

Gunmakers Have Nothing To Fear But No Fear Itself

Remington Outdoor Co. on Feb. 12 announced it will file for a Chapter 11 bankruptcy to restructure more than $950 million in debt.

“We have an outstanding collection of brands and products, the unqualified support of a vibrant community across the industry, and a deep and powerful culture,” Acitelli told Reuters. “We will emerge from this process with a deleveraged balance sheet and ample liquidity, positioning Remington to compete more aggressively and to seize future growth opportunities.”

Market experts attribute Remington’s declining gun sales to what they are calling the ”Trump Slump.” Since the pro-Second Amendment President presents little threat to gun rights, the fear-based surge under Barack Obama convinced gun enthusiasts to “stock up” before Democrats could introduce more thorough background checks and limit overall sales.

Since Trump’s November 2016 election, Remington’s sales have slumped by more than 25 percent, leaving the company with a $28 million operating loss.

Others reporting difficulties include Gunmaker American Outdoor Brands Corp., formerly known as Smith & Wesson, which has seen its stock plummet by almost half, compared with 2017.

Things probably won’t get better anytime soon. According to the FBI’s National Instant Criminal Background Check System, January 2018 was the slowest in gun purchases since 2012.

— Gun Makers Are Reeling Even as Threat of Regulation Recedes

— Despite activist pressure on gun makers and sellers, Wall Street has a hard time dumping the gun industry

Florida Gov. Rick Scott told CNN on Feb. 15 that “everything’s on the table” this week as state legislators consider an array of options that could tighten gun control laws after a 19-year-old lunatic with an AR-15 murdered 17 people and wounded 14 others at Marjory Stoneman Douglas High School in Parkland the day before.

“Everything’s on the table. I’m going to look at every way that we can make sure our kids are safe,” Scott said. “We cannot let this pass without making something happen that hopefully, and it’s my goal that this will never happen again in my state.”

One thing many would like to see “on the table” is a bill that would arm trained volunteers or school employees inside the state’s public schools, which has been withdrawn from consideration by a Senate committee.

Sen. Dennis Baxley’s (R-Ocala) SB 1236 would allow a principal to designate someone to carry firearms on public school campuses. It was scheduled to be heard on Feb. 20, but was pulled from the Senate’s Judiciary Committee on Feb. 16.

Sen. Greg Steube (R-Sarasota) pulled the bill after several senators said they were opposed to considering the bill and groups opposed to the bill flooded legislators with phone calls the last two days.

“More guns is not the solution to gun violence,” Jan Neuberger, a member of the Moms Demand Action St. Petersburg chapter, told The Tampa Times.

Florida Carry backed the proposal and also wants the Florida Legislature to eliminate “gun-free zones” across the state.

Scott has said he plans to talk to legislative leaders in the coming week about what can be done to make it harder for people who are mentally ill to purchase a gun.

— Florida governor on gun laws: ‘Everything’s on the table’

— Worried a co-worker is dangerous? You could ask the state to take their guns under new California bill

— Washington: Tough gun restrictions stall at state Capitol despite Democrats being in charge

— Massachusetts: ‘This could happen here’: Parents of victims join advocates in rally for gun bill

— Outraged moms rally against guns in Kentucky schools: ‘It doesn’t have to be like this’

— ‘All bets are off’ in NYC if federal gun law passes: NYPD head

— A Change in D.C. Gun Laws Has Restaurants Wondering If They Should Ban Firearms

In August 2015, Amanda Longley struck the father of her child and his girlfriend during an argument and was arrested for disorderly conduct with a domestic abuse enhancer. She was convicted and sentenced to a year of probation.

Case closed, until Longley tried to buy a gun and learned the 1996 Lautenberg Amendment precludes anyone convicted of a domestic violence crime, even a misdemeanor, from ever owning a firearm again.

Longley, 29, of Johnson Creek, Wisc., said she would never have pleaded guilty if her attorney had properly informed her of the repercussions of doing so. She tried to withdraw her guilty plea, citing a ruling that allowed a defendant to withdraw a plea because he wasn’t told he could be deported upon conviction.

Wisconsin Appellate Judge Paul Lundsten rejected Longley’s argument. He found that even though there were similarities with the deportation case, the ruling “did not, however, indicate that courts are now generally free, let alone required, to apply these factors to expand counsel’s duties as to all manner of collateral consequences.”

— The NRA Is Being Sued Over Its Relentless Telemarketing Campaigns