Gun News of the Week: Unintentional Shooting Deaths Down 48 Percent Since 1999

TOP STORY Unintentional Shooting Deaths Down 48 Percent Since 1999 The Centers for Disease Control and Prevention (CDC) reports there... 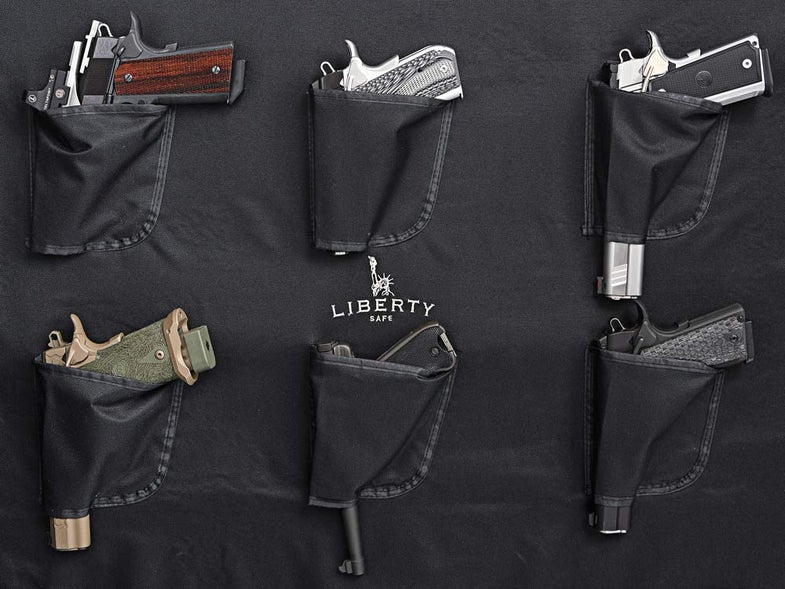 Add a door panel to your safe for more storage. Bill Buckley
SHARE

Unintentional Shooting Deaths Down 48 Percent Since 1999

The Centers for Disease Control and Prevention (CDC) reports there were 489 people killed in unintentional shootings in the U.S. in 2015, the most recent year data is available, meaning accidental gun-related fatalities have declined by nearly 50 percent since 1999 when the CDC documented 824 deaths.

The CDC attributes the decline to the growth in gun safety education programs, the increase in state laws regulating gun storage in homes and declining numbers of homes with firearms. “While the improvement occurred in every state, those with the most guns and the fewest laws continue to have the most accidental shooting deaths,” the report notes.

“When it comes to making an anti-gun point, every death matters,” writes Tom Knighton of Bearing Arms on Jan. 3. “There’s a reason anti-gun zealots lump suicide numbers in with homicides to make their point. They want as large a number as humanly possible because big numbers look scary. They can’t quite get away with just throwing out large numbers with absolutely no basis in reality — though they’re close to that, don’t get me wrong — so they gather anything that looks remotely like a gun death to make their point.”

John Sexton writes in a Jan. 3 Hot Air blog that the fact that the number of accidental shooting deaths has been nearly halved over the last 15 years is being claimed as a victory by gun rights advocates and gun control proponents.

“Gun control advocates will want to “attribute the drop to stricter gun storage laws and fewer guns in homes (at least in some states),” he writes. “Second Amendment advocates will cite increased education on gun safety.”

And both may be right, Sexton notes. “Greater awareness and improved education are vital and certainly played a role here. But it’s also possible that some people just can’t take a hint and needed a new law forcing them to store their weapons safely when children are around.”

Regardless, accidental shootings account for only 1.3 percent of firearms deaths, Sexton writes. “If we really want to make an impact on the total number of firearms related deaths in the country, progress must be made on the mental health front to cut back on the number of suicides, which account for the vast majority. Also, getting violent criminal offenders off the streets would reduce the second largest cause of shootings,” he writes.

Hopefully, when it comes to keeping guns out of the hands of the mentally ill and from criminals, there should be enough common ground for both sides to claim victories.

— Don’t Tell Anybody, But Accidental Shooting Deaths Are Way Down

— Gun Control: Can Americans Force a Debate About Guns and Violence?

The FBI reported on Jan. 3 that there were 25,235,215 firearm background checks conducted by the National Instant Criminal Background Check System (NICS) in 2017 — the second-highest number of background checks ever recorded in a single year.

Therefore, you guessed it, some media outlets are describing 2017’s estimated gun sales — based on background checks as the strongest indicator — as either the second-most ever recorded in a year, or the second-biggest decline in year-to-year sales ever recorded.

Both are right! Consensus is a theme thus far in 2018!

Nevertheless, as Paul Bedard of The Washington Examiner writes on Jan. 3, considering all the prognostications regarding a slump in firearms sales without the sales-fueling specters of President Barack Obama banning guns by executive or the even more frightening prospect of Hillary Clinton ordering mass arrests of gun owners after her assumed election, 2017’s “gun sales surprised many especially in May and August when monthly sales records were set. December was the top month with 2,586,138 checks taking place.”

Justin Anderson, the marketing director for Hyatt Guns of Charlotte, N.C. one of the nation’s largest retailers to police and civilians, told Bedard that the firearms manufacturers and retailers will continue to benefit from the Obama Years for years to come.

“First, you had a large new group of gun buyers created during the eight years of the Obama administration. Many of those people became gun enthusiasts and continued to buy more guns,” Anderson told Bedard.

She went on to say political discord, fear of crime, concerns over terrorism and, oddly, ”uncertainty about North Korea,” are other factors in sustained firearms sales as is, Anderson told Bedard, the fact that “guns have also become more socially acceptable. Ten years ago, when I got into this business, guns were a verboten subject in friendly conversation. Fast forward to today and guns are becoming mainstream. Honestly, this is truly an amazing time to be part of the gun industry and I’m looking forward to another great year in 2018!”

— The Rise Of Ghost Guns

— How to Invest in Gun Stocks

— What to Expect from American Outdoor Brands Corp in 2018

Plaintiffs in a Riverside County state Superior Court lawsuit claiming retroactive mandates arbitrarily issued by the California Department of Justice have made them criminals by regulatory fiat have amended their complaint to ask the court to block the state’s new regulations on “bullet-buttons” and “assault weapons” that go into effect in July.

George Holt, Irvin Hoff, Michael Louie, and Rick Russel had filed a lawsuit in November maintaining the state’s DOJ is “usurping the state Legislature’s intent” in the way it is enforcing the ever-increasing array of gun control laws passed by California lawmakers.

The four are joined in the amended complaint by National Guard Sgt. Craig Stevens, who owns a homemade rifle that will require a serial number under state law. Stevens tried to submit the information to regulators before he was deployed overseas, but was advised the state was not providing serial numbers. Since Stevens will be in a combat zone serving his nation when the deadline to get serial numbers expires, he will return home a criminal.

SB 880 and AB 1135, signed into law in 2016, changed state definitions and regulations regarding “assault weapons.” Since then, the state’s DOJ has varied on how it will interpret the new laws. Under the latest set of guidelines, those who have firearms that meet the current definition of “assault weapon” have until July 2018 to register them through the California Firearms Application Reporting System.

The suit maintains that the DOJ has manipulated the statutory definitions of what constitutes a legal gun in California since 1989, adjusting provisions for firearms “grandfathered” and deleting old definitions only to replace them with “entirely different content,” essentially making entire classes of firearms suddenly illegal.

— Domestic abusers and guns? Missouri weighs what to do

— What’s Next For Indiana’s Gun Laws?

North Miami Beach has agreed to pay a gun shop owner $12,000 and change its zoning regulations rather than take its chances defending the city’s development codes in court against Florida’s 1987 state statute that bans cities from passing their own gun regulations.

North Miami Beach commissioners approved the settlement in late December with Glatze Militum, a gun shop that was cited by code enforcement officers for violating the city’s zoning regulations by selling firearms in a shopping plaza.

“This is the first [city] we’ve had to sue over a zoning ordinance,” Florida Carry attorney Eric Friday told Jessica Lipscomb of The Miami New Times on Jan. 3. “They were trying to treat gun stores, which are selling an item every American has the right to own under the Constitution, as a heavy industrial business or something akin to strip clubs and tattoo parlors.”

The city commission also approved a modification to municipal zoning requirements to not prejudice businesses that sell guns and ammunition when it came to licensing.

“They made a very compelling case,” North Miami Beach City Attorney Jose Smith told Lipscomb. “It’s not necessarily what the city wants to do, but the city is required to do it by virtue of Florida statutes.”

When it comes to preemption, it is what it is, Smith conceded. “If folks are not happy with the law that the Florida Legislature passed to preempt cities from regulations,” he said, “they need to call their legislators and ask them to change the law.”