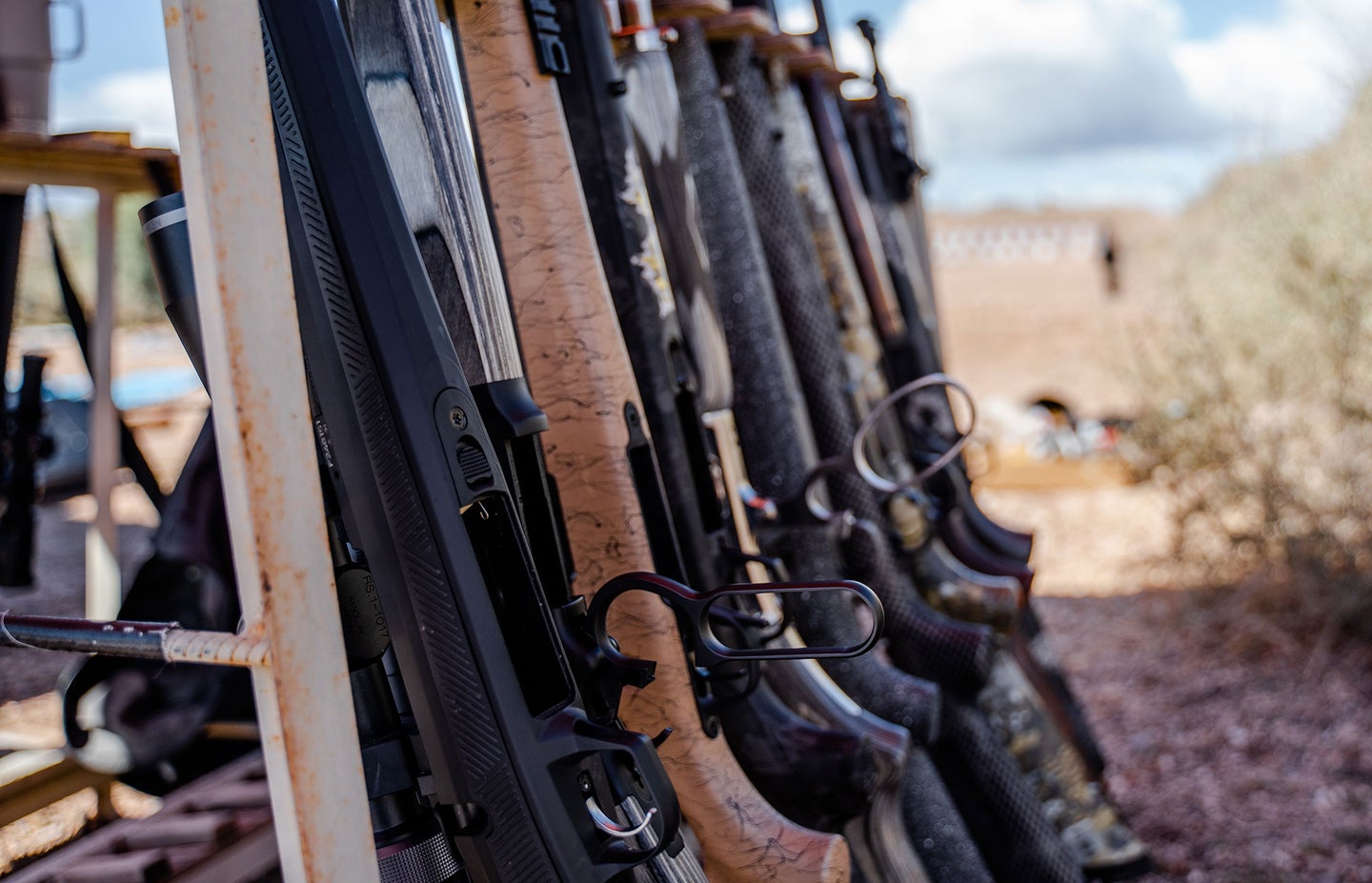 Montana ranked as the number one state in firearms ownership rate, according to a recent study. Tanner Denton
SHARE

Guns and hunting are part of the culture in Big Sky Country, and a recent study shows that Montana leads the nation in gun ownership rates. Roughly 65 percent of households in the state own a firearm, according to the study published earlier this month by WalletHub. That’s compared to a rate of less than 15 percent in New Jersey, which comes in at No. 50 on the list.

The WalletHub study also takes a broader look at which states are “most dependent” on the firearms industry. It makes these determinations based on three key dimensions: the importance of the gun industry to a state’s economy, the prevalence of guns in the state, and the politics surrounding gun regulations.

“We evaluated those dimensions using 16 relevant metrics,” the study’s authors explained. “Each metric was graded on a 100-point scale, with a score of 100 representing the ‘most gun-industry-dependent’ state.”

Using that system, neighboring Idaho received a score of 85.11 and ranked No. 1 on the list of states dependent on the gun industry. Along with Montana, which scored 74.27, Wyoming, Kentucky, and South Dakota rounded out the top five.

Why Montana Ranks No. 1 in Gun Ownership Rates

The WalletHub study compared all 50 states and ranked Montana No. 1 in gun ownership rates, which was calculated as the average proportion of adults living in a household with a firearm. Determining the number of firearms that exist in any given state—much less in a given household—is difficult because the majority of firearms in the country aren’t registered. A WalletHub analyst explained in an email to Outdoor Life that their figures are estimations based on data from a 2020 RAND Corporation study.

To determine gun prevalence in a state, analysts relied on three additional sources to round out RAND’s data. They looked at the number of NICS background checks conducted in a year per 1,000 residents, and then estimated the number of gun ads from private sellers. Lastly, analysts looked at Google search interest for gun sales, “which measured search interest for the terms ‘buy gun’ and ‘gun shop’,” the analyst explained.

According to the Rand Corporation study, the other top five states with the highest gun ownership rates are: Wyoming, Alaska, Idaho, and West Virginia.

Analysts concluded that Montana, which has a population of just over 1 million, has an estimated gun ownership rate of around 65 percent. If you ask the Montana Shooting Sports Association, however, that rate jumps up significantly—from roughly 65 percent to between 90 and 95 percent.

That’s according to MSSA president Gary Marbut, who told The Center Square that he wasn’t surprised in the least by the state’s No. 1 ranking. Marbut explained that because Montana has some of the best hunting opportunities in the country, along with a strong competitive shooting community, it stands to reason that the majority of residents would own firearms.

“There are people who live in Montana just for the hunting,” he told The Center Square. “In the fall, there is deer and elk hunting. In other times of the year, there is bear and mountain lion hunting, moose hunting, sheep, goats, game bird and waterfowl hunting. When none of those is in season, there is always gopher hunting and prairie dog hunting, coyote hunting and other kinds of hunting of unregulated species.

There’s also an emphasis on self-reliance and personal protection in the state, Marbut says.

“They [also] just want to be able to choose whether or not to be victims,” Marbut said, pointing to the important role that firearms play in self-defense. “You put all of that together and there are a lot of reasons why people in Montana own firearms.”

The Big Picture of Gun Ownership in the United States

The United States ranks number one in the world in terms of gun ownership. Estimations of the total number of guns in the country vary, but it’s somewhere in the neighborhood of 400 million. Considering that the country’s population was around 331 million as of the 2020 Census, there are likely more firearms in America today than there are American citizens.

The firearm industry contributed more than $70 billion to the U.S. economy in 2021 alone, according to the National Shooting Sports Federation. It generated another $7.9 billion in federal and state taxes last year, and $1.5 billion of those dollars went directly to wildlife conservation funding—a new record for the U.S. Fish and Wildlife Service.