First Look: Browning A5 Sweet Sixteen in Camo, Plus a Winchester SX4 for Left-Handed Shooters

Browning will offer the A5 16-gauge in Cerakote and camouflage options for the first time, and the SX4 is Winchester’s first left-ejecting 3.5-inch gun 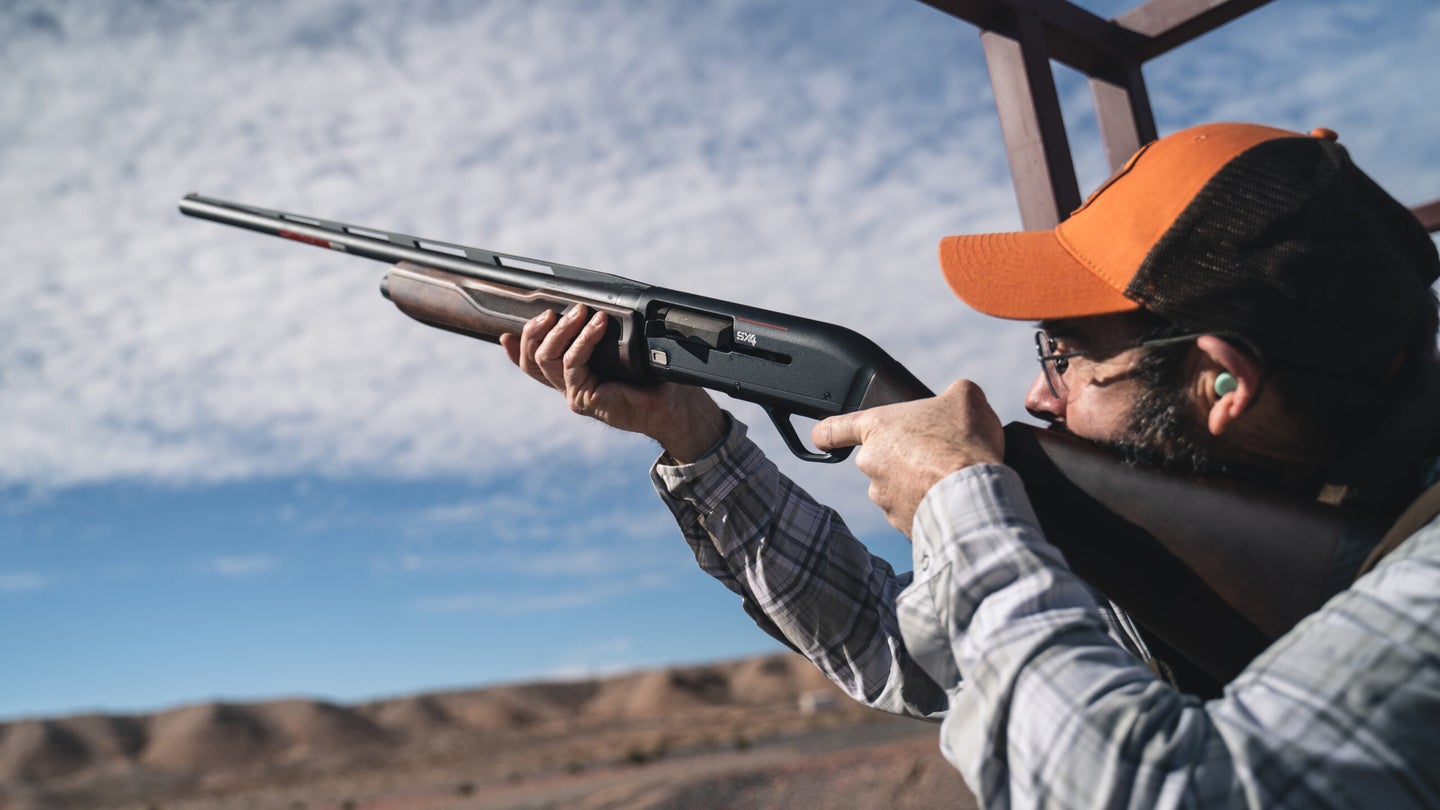 The new left-ejecting version of the Winchester SX4 is a welcome introduction for southpaw shooters. Tanner Denton
SHARE

Browning and Winchester both did something neither gun manufacturer has done before this year. For the first time ever, the A5 Sweet Sixteen will be offered in camouflage finishes (Realtree and Mossy Oak) for 2022. There is also a Wicked Wing option that combines a Cerakoted barrel and receiver with a camouflage stock and fore-end. (Browning has done this with the Maxus, too.) Winchester hasn’t had a left-ejecting shotgun in its lineup since the 1960s, and this new SX4 is the first lefty model the company has ever introduced in a 3.5-inch auto-loader.

The A5 is built on a kinetic (inertia) operating system. John Browning’s original shotgun was a long-recoil auto in which the barrel moved backward into the receiver. The inertia system of the modern Sweet Sixteen is much simpler, and there are plenty of additional features in this model that weighs under 6 pounds. Duck hunters will appreciate the speed-loading feature in which you insert a shotshell into the magazine and it loads into the chamber—an awesome advantage if you need to quickly kill a crippled duck on the water. There is also a Turn Key magazine cap, which allows you to use virtually any house or car key in your pocket, insert it into the top of the cap, turn, and release the magazine cap.

Finally, Winchester is catering to the 10 to 15 percent of us who shoot left-handed with their first 3.5-inch lefty semi-auto. The gunmaker hasn’t offered a left-handed shotgun since the 1400 debuted more than 60 years ago. The SX4 operates on a gas system and is one of the best auto-loaders you will shoot for under $1,000. Its exterior is not quite on par with the SX3 and previous Super X models, but it’s still a workhorse shotgun. And the controls are straight forward. There’s no button integrated into the load gate to depress in order to open the action. You simply grab the bolt-handle, pull back, throw a shell in, and press the bolt-release button on the side of the receiver. It’s a light gun at 7 pounds, but the gas system tames recoil effectively, even with a 2-ounce turkey load.