Hottest New Compound Bows and Crossbows From the 2018 ATA Show 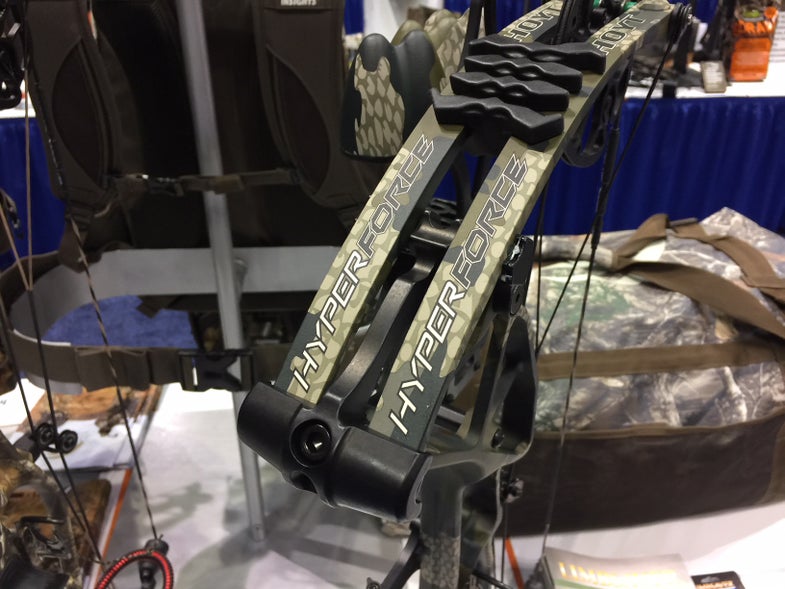 The bow show is back. The 2018 Archery Trade Association fired off on Thursday and a flood of new bows and crossbows were there for the gawking. Here’s a first look at the latest and greatest models. 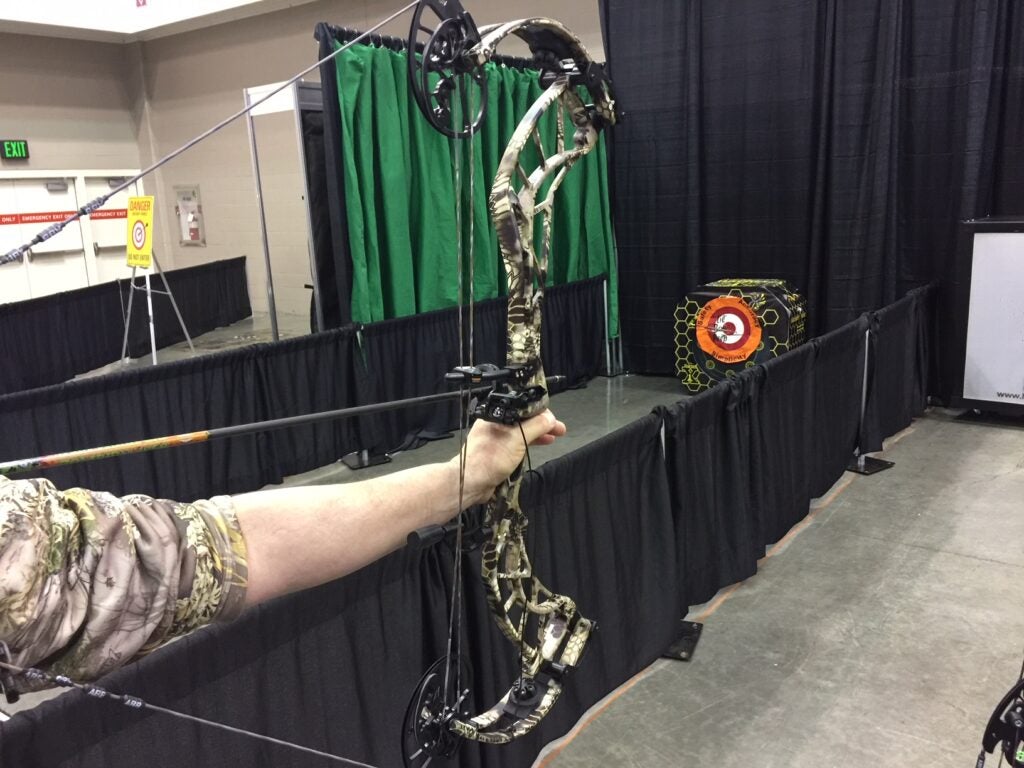 The new Fixation is available in two configurations: The 6M which uses the OB DE cam to deliver speeds of 354 fps and the 6XP which uses the OB XP cam and boasts speeds of 358 fps. Both are 32.25 inches axle-to-axle and weigh 4.5 pounds. Both models are also available in 65-pound draw models (a much welcomed option) as well as standard 10-pound increments ranging from 40 to 70 pounds. Available in nine finishes, the bows sell for $999. www.obsessionbows.com 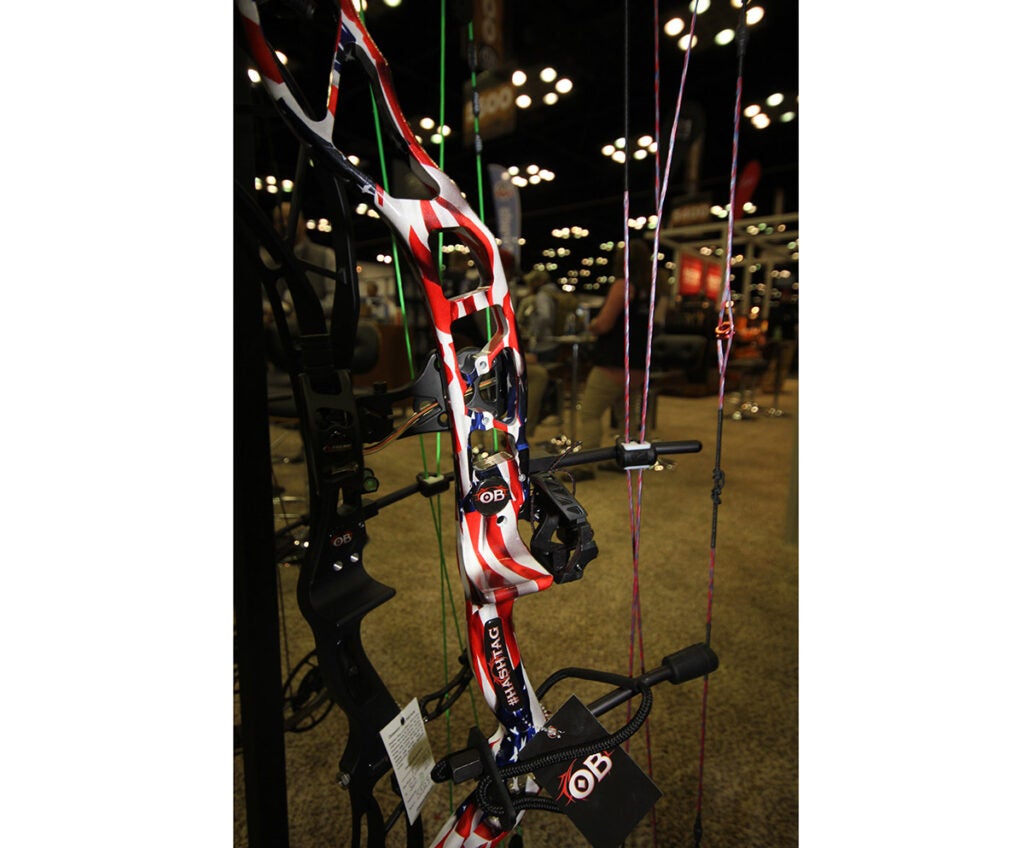 If you’re looking for a budget-friendly bow for short draw lengths that offers plenty of adjustment and solid performance, the new Hashtag is worth a look. Selling for $499, this 32.375-inch bow weighs in at 3.8 pounds and delivers speeds up to 308 fps. The draw length is easily adjustable from 18-26.5 inches and a weight range of 15-60 pounds. www.obsessionbows.com 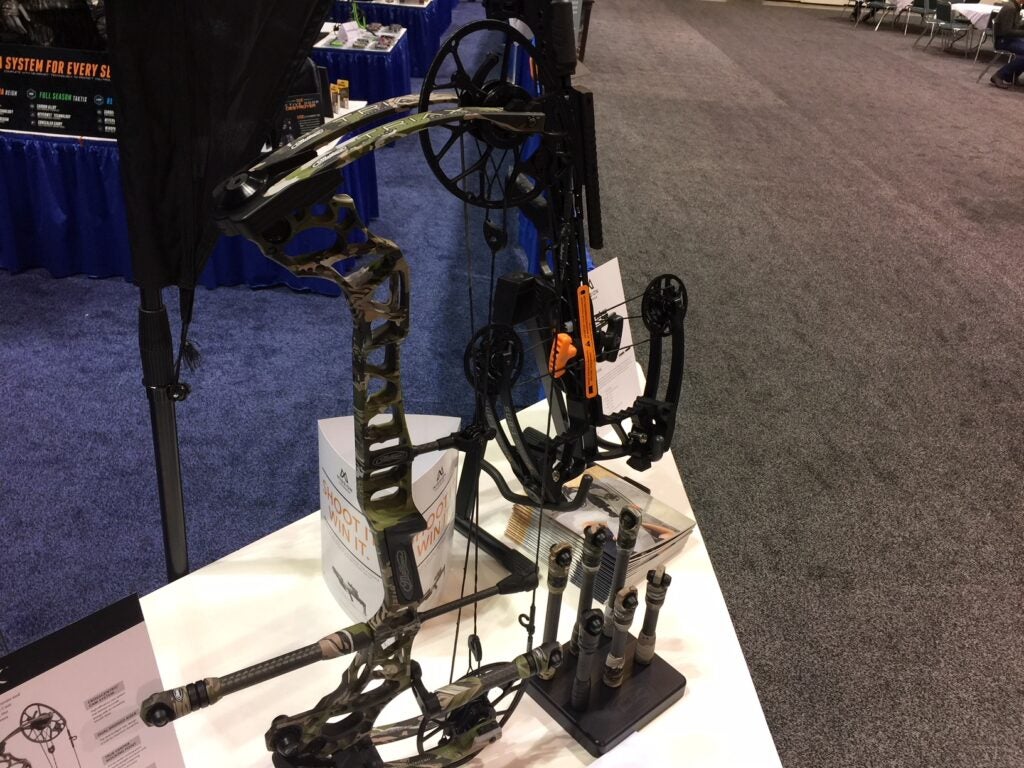 Short is back. After producing a couple models on the longer side spectrum, Mathews has gotten back into the short-bow game with its new Triax. Measuring just 28 inches axle-to-axle, this is an easy handling bow ideal for treestand and ground blind use and its 4.4-pound weight makes it a breeze to tout while on the move. Mathews claims the Triax is its quietest bow ever to boot. It sells for $1,099. www.mathewsinc.com 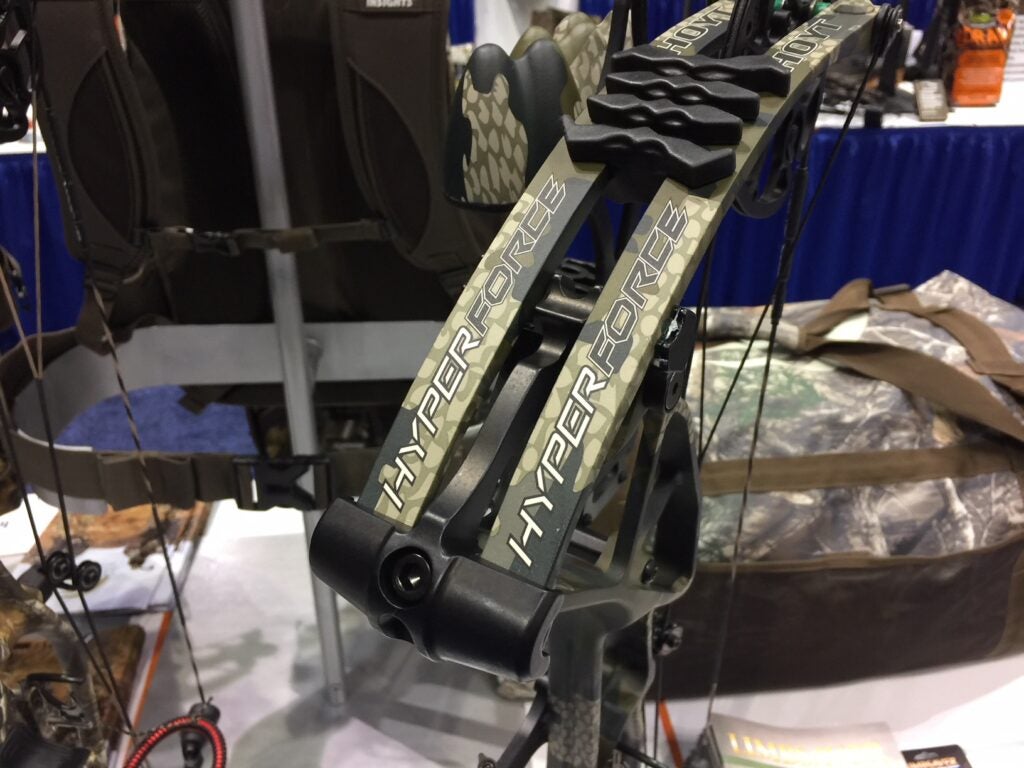 Hoyt’s new flagship aluminum model looks unlike any previous Hoyt. With distinctive wide limbs and a new string system that eliminates the need for a flexing cable guard. The new ZT Hyper cam allows for three inches of draw length adjustment and has plenty of zip with speeds up to 340 fps. The bow sells for $1,099. www.hoyt.com 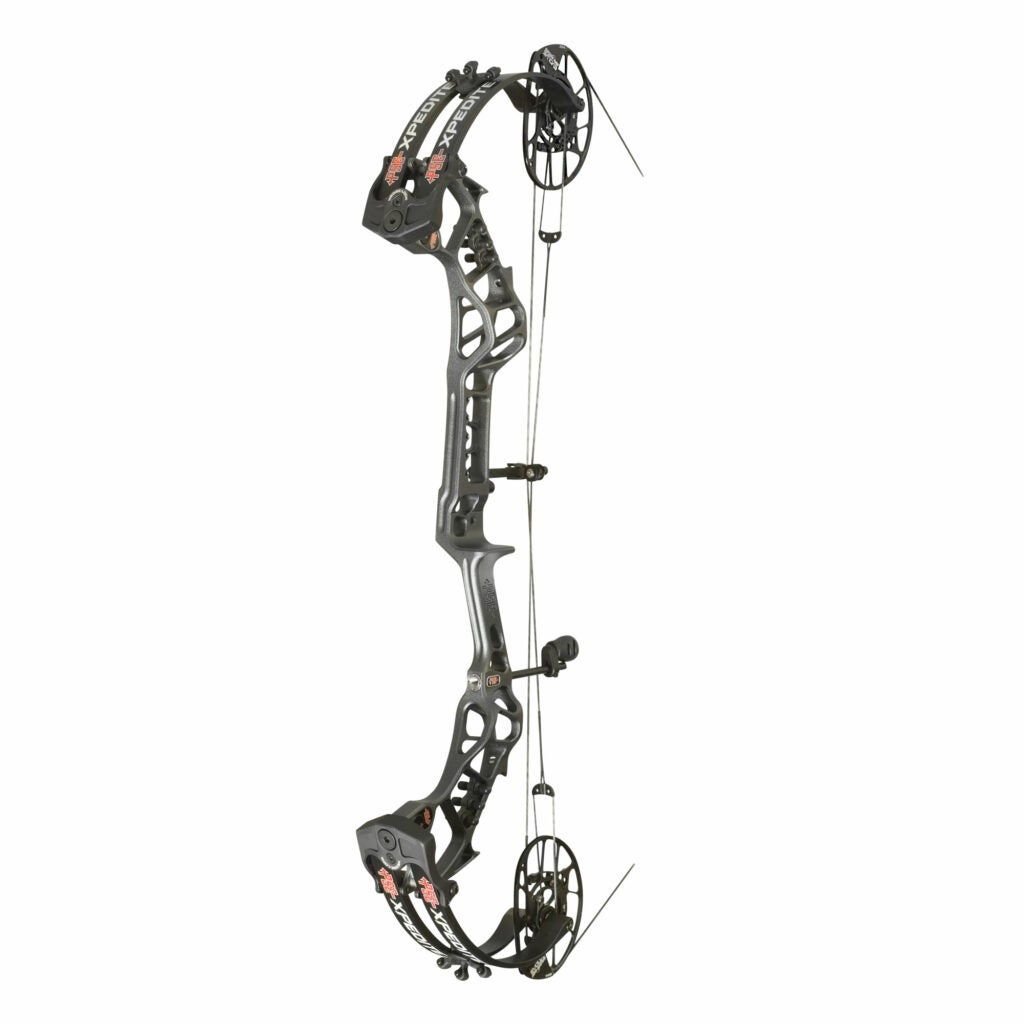 If you’re into speed, the Xpedite is your bow. With advertised speeds of 360 fps, this bow is a scorcher. It features a heavily reflexed riser design and offers three different letoff modules (65-75, 80-90 and 65-75) that allow you to customize the bow to your personal draw cycle choice. The Expedite measures 33 inches in length, has a 5 ¼-inch brace height and weighs in at 4.4 pounds. The price: $1,099. www.pse-archery.com 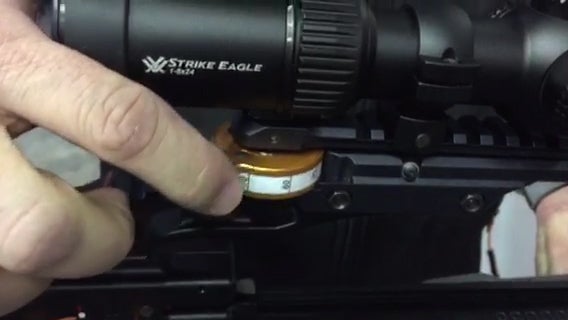 A year ago, Ravin rocked the crossbow world with the release of a radically different design. At the 2018 show, Ravin has taken its proven (and crazy popular) R Series and expanded it to include the R10 and R20 models. We’ll focus on the R20 Sniper Package here. The R20 platform features a total length of 34.5 inches with the same narrow profile as previous models (six inches when cocked). It adds a totally redesigned safety, improved stock design with ergonomic grip and a very cool jack plate scope mount system. The jack plate does two things: First, it allows you to mount any scope of your choosing. Second, it makes adjusting for yardages ranging from 20 to 200 yards incredibly simple. Yes, 200 yards. A riser level comes standard with the package as well. With an MSRP of $2,549 for the gunmetal grey, it’s one of the priciest crossbows available. It’s also one of the coolest. www.ravincrossbows.com 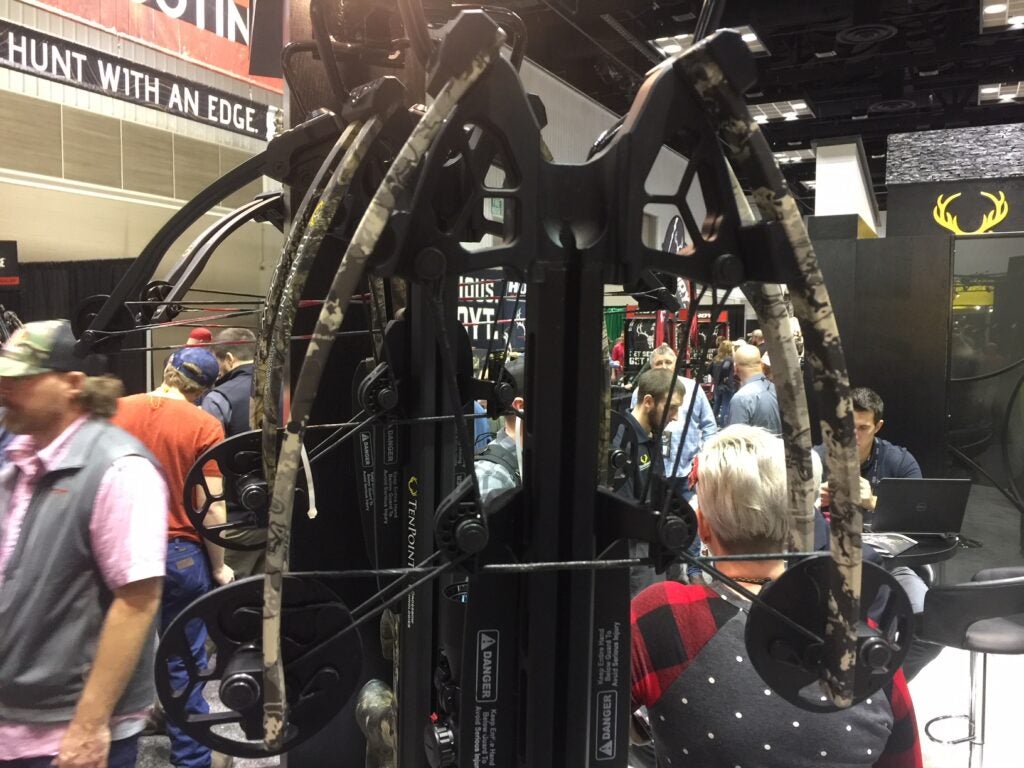 Give some credit to TenPoint for listening to what crossbow shooters were talking about in 2017. The Stealth NXT jumps on the super-narrow bandwagon with a cocked width of six inches. It also features an innovative four-cable VectorQuad system that the company claims solves all cam lean issues. It throws arrows at 410 fps and is available in a package that includes TenPoint’s new EVO-X line of premium accessories (the package includes the EVO-X Marksman scope and EVO-X CenterPunch arrows). The standard package has an MAP of $1,449.99 and the Elite package bumps up to $1,799.99 with several packages in between. www.tenpointcrossbows.com 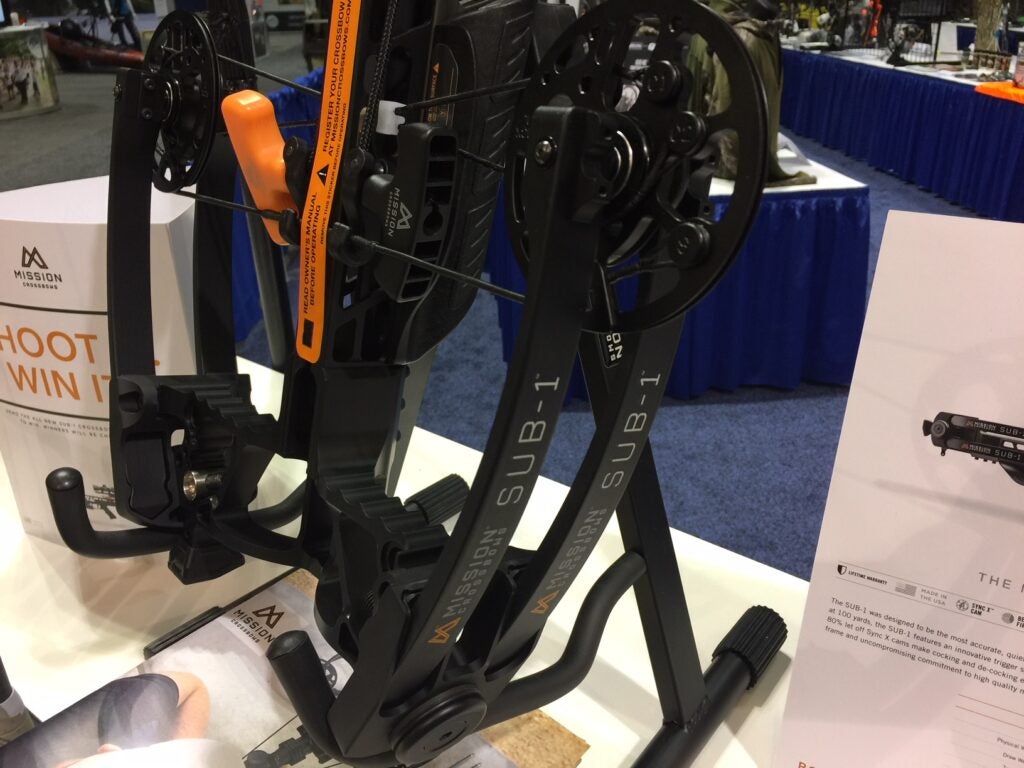 Loyal readers of OutdoorLife.com already know plenty about this new model from Mission. The SUB-1 is Mission’s first foray into the realm of top-end crossbows and it’s a good one. Touting sub-MOA accuracy at 100 yards, the SUB-1 drew plenty of admirers at the ATA Show’s test shooting lanes. The SUB-1 uses a cam system not unlike those deployed in Mathews’ top compounds. This creates a crossbow system unlike others including controlled acceleration that Mission claims is a key to accuracy. The bare bow sells for $1,499. www.missioncrossbows.com