How to Choose One Hunting Rifle for Everything

The best caliber, barrel, stock, and optics for a gun that will hunt and do anything and everything 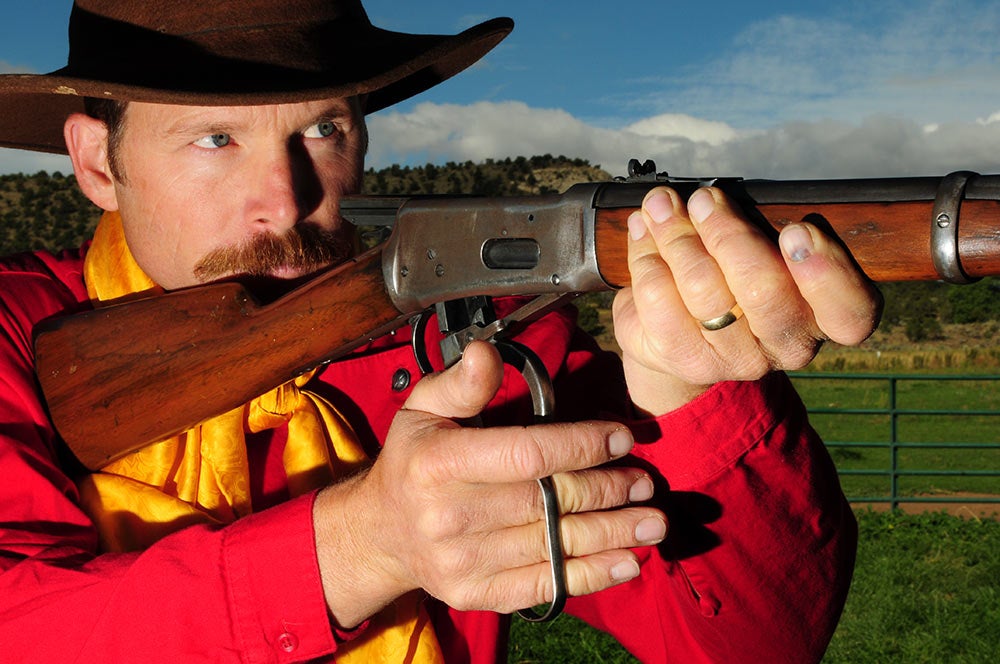 Something happens when a shooter fires hundreds, or thousands, of rounds through a firearm. The gun becomes an extension of the shooters hands—pointing, handling, and moving as naturally as the appendages themselves. It’s one reason the old-time hunters were so well-known for skill with their Winchester ‘94s, Savage 99s, and Pre-64 Model 70s. They only had one rifle, and they damn sure knew how to use it.

My first hunting rifle was an old sporterized Springfield that my brother and I customized. For years it was the only hunting rifle I owned. Before an upcoming hunt, I’d dry-fire practice hundreds of times from standing, prone, sitting, and every other field position I could think of. It paid off. The rifle was above-average accurate and, as time passed, I was too. Still to this day, after years of shooting and testing other rifles, when I shoulder that old rifle it feels like coming home. It feels better than any of the multi-thousand-dollar rifles that have passed through my hands.

To be a one-rifle hunter, you’ve got to have a rifle capable of doing anything and everything you ask of it. Now, every good shooter knows there’s no such thing as the perfect rifle. A semi-auto .223 Remington does things a bolt-action .300 Win Mag simply can’t, and vise-versa. A great predator gun makes a poor sheep rifle. A .22-250 will struggle to stop a brown bear, and a .458 Win Mag isn’t ideal for prairie dogs.

You get the picture. Though the perfect rifle doesn’t exist, good all-around rifles do. It’s not hard to design a rifle that will work on prairie dogs and predators, mule deer, pronghorn, elk, sheep, moose, and even big bears. If I were to set about building my ideal all-around rifle, it would look like this.

Stainless Steel
While I love sleek, walnut-cradled blued steel, it requires a lot more care and attention in wet weather. I’ve spent a lot of time in rain or snow while hunting, so for that reason alone I’ll opt for a stainless gun.

Synthetic Stock
My fingers were surprisingly reluctant to type those two words, because my old one-man rifle sports a wood stock, and I love the “soul” that wood bequeaths a rifle. However, there’s no arguing the fact that modern fiberglass/carbon stocks are superior in almost every way. Heat, cold, moisture, you name it—synthetic stocks outperform wood and take a beating without protest.

Customized Stock
While on the subject of stocks, I’d have mine customized for length of pull and drop at comb. It’s one reason my old faithful rifle handles and shoots so well for me: it was tailored to fit.

Light, But Not Super-Light
Lugging a 10 ½-pound varmint rifle up mountains changes your gun from an all-around rifle to an all-around anchor. I’d make sure my rifle weighed in at seven pounds or less before scope and mounts. On the flip-side, a super-light 5 ½-pound rifle can kick like a horse in a mule fight, and isn’t as steady for precision shots. Spotting your hits and making follow-up shots becomes harder, too. Thus I would choose a light, but not a super-light, rifle.

Controlled-Round-Feed (CRF) Action
Because this is an all-around rifle, there is a chance that you will hunt big bears with it. For that reason alone, I’d opt for a CRF action.

Chambering
Ah, the million-dollar question: What cartridge will you choose for your all-around rifle? The .300 Win Mag, .7mm Rem Mag, .270 Win, the 6.5 family, and others should all be in the running. If the .280 Ackley Improved was more readily available, it might very well be my first choice. However, I’d like to be able to buy ammo for my all-around rifle at any-and-every country store from Wyoming to Mozambique, so the .280 A.I., as well as the 6.5s, are out.

My choice, were I forced to choose only one, would be the .30-06 Springfield. Not only has it remained enormously popular as a sporting round for over a century, it is very versatile, and capable of shooting a variety of projectiles suitable for game weighing 2 to 2,000 pounds. Ammo is widely available. Add the facts that the world-record brown bear was killed with a .30-06, and J.G. Jones used it to complete the North American Super Slam—all 29 animals—with one rifle chambered in .30-06, and you have indisputable proof that it will do the job. Sure, it’s a bit over-bored for prairie dogs and a bit under-bored for the big bears. But in the hands of a one-rifle man, it becomes suitable for everything.

Riflescope and Mounts
I love good optics, and I confess there are a ton of scopes out there that would serve the one-rifle man well. But for the last couple years I’ve been pretty enamored with Leupold’s VX6 line. Were I to make the choice today, I’d mount a VX6HD 2-12X42mm with Talley Lightweight Precision Mounts.

Trigger
A perfect trigger can mean the difference between a great shot and a poor shot. I would install a TriggerTech or Timney aftermarket trigger in my all-around rifle.

Accessories
The only accessories I’d want on my all-around rifle would be a leather military sling and a top-tier recoil pad—that’s all. No bipod, no muzzle break, no fancy doodads. Just a rifle that shoots every time, exactly where I point it.

I don’t have the time or inclination to pontificate at length, but I’ll spin a tale or two for you about my old rifle and me. All are true.

The biggest mule deer buck I’ve ever seen lay bedded 324 yards away and below me. Time was of the essence. I didn’t have the option of waiting until he stood for a good shot. An old juniper tree hung over me like an umbrella, and a decaying log rested under my rifle. Gravel prickled at my belly as I considered the shot. There was a problem: all I could see was his head. The base of his ear—just over the atlas joint—was plain to see, offering a shot perhaps 3 ½ inches in diameter. There was no uncertainty in my mind as I settled the crosshairs over that atlas joint and laid the buck to rest. He gross scored 215 inches, Boone and Crockett.

Another time, bull elk bugled all around me, lost in a huge sea of scrub oak. The one I wanted to kill wasn’t far away, only about 130 yards. Problem was, I couldn’t see him. Spotting a meager-sized rock, I stood on it, and leveled my rifle. It was almost clear of the brush. I could see the bull, but the oaks surrounding me were still too high for a shot. I stood on tiptoe, stretching as high as I possibly could. It looked like it would work. I relaxed, slipped the safety off, and stretched to my tiptoes again. An instant later the bull was meat, lying atop the oak-leaf covered forest floor.

Read Next: Best Hunting Rifles in the West

And yet at another time, three friends stood, rifles leveled, aiming at a distant whitetail buck. He was a big 9-point, with massive beams bladed and heavy. We had been approaching a doe one of my three friends had shot when the buck busted out of the brush in a tail-flagging dash for the next county. Missing the doe he’d just been consorting with, the buck fish-hooked and peered back at us over the crest of a small hill with just his head and white throat patch visible. He was over 190 yards away. My friends weren’t shooting so I raised my old rifle, steadied the crosshairs, and squeezed the Timney trigger. A loud “thump,” a puff of white hair, and several chagrined but congratulatory friends told me my shot was true.