How to Choose the Right Sight for Your Hunting Bow

Single-pin? Multi-pin? Fixed? Adjustable? Here's how to pick the right pins for your bow season 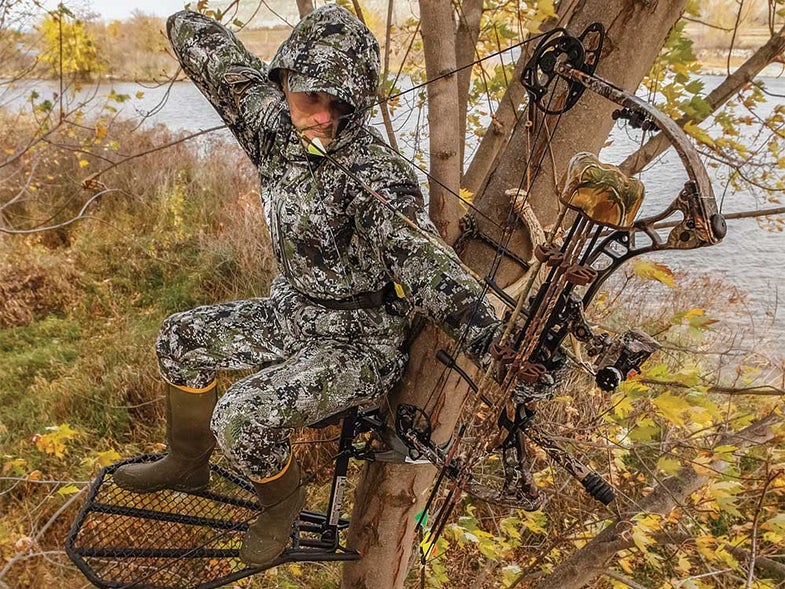 A bowhunter takes aim at an Idaho whitetail. Alamy
SHARE

It was one of those rare setups that come along only so often.

The majority of oaks had dropped their bounty in late September, but one gnarled white oak had held its acorns just a bit longer. Those falling nuts were now drawing deer like an ice cream truck draws neighborhood kids.

I’d situated a treestand in the only available option—a slightly leaning cherry tree that was 44 yards from the base of the oak. After settling into the stand, I set the dial on my single-pin sight for 40 yards and waited for the whitetail parade to begin.

In less than 20 minutes, a long-nosed doe was marching right to the oak on a path that would put her broadside at 18 steps. It was all so easy.

I settled the pin two ribs back from the crease of the shoulder and triggered the release. It was a clean miss, the arrow zipping a few inches above the deer’s spine.

As soon as the broadhead was buried into the dirt beyond the deer, I knew exactly what I’d done: I’d failed to reset my sight for the shorter yardage. And that was that. Single-pin bow sights have quickly gained favor in bowhunting circles and can provide many advantages over multi-pin models—a cleaner sight window, more precise accuracy at varying distances, the ability to cover a wider range of yardages—but they also have some drawbacks.

Before the proliferation of adjustable single-pin options, multi-pin fixed sights were the standard. While almost fail-proof at established yardages, they do lack versatility, and covering longer distances can create a cluttered sight window full of pins.

Each style has its pros and cons, and each has its place. Here’s a look at several common bowhunting scenarios and my sight-style preference for each.

Hunting doesn’t get much more American than this. The bulk of arrows fired at critters this fall will be aimed at deer, and released in farmland settings. The average shot distance will be less than 35 yards, and will happen fast. Longer shots along field edges are possible.

This is where fixed, multi-pin setups stand out. When a buck is cruising the timber, he’s usually on a mission and moving steadily. Things happen quickly, and fumbling around to adjust a single-pin sight for yardage usually doesn’t end well.

When hunting deer on the western fringe of the Midwest (think western Kansas, North Dakota, and Wyoming), where trees are scarce and the plains lay out like a massive jigsaw puzzle, single-pin setups can shine.

In this open country, longer shots are more common, and the increased visibility allows more time for sight adjustment. The best open-country hunters I know swear by adjustable single-pin setups.

This is another ideal single-pin location, thanks to its more open terrain. This is also where single-pin fails can happen at the worst of times.

With an elk screaming in your face, things tend to get hairy. Forgetting to adjust your sight as the bull closes is an easy error to make. Because of this, a hybrid setup can be advantageous—a fixed-sight pin set at, say, 30 yards, and an adjustable pin for longer ranges.

In the southern reaches of the Midwest, where Appalachia marks the entrance to the South, large blocks of forest are the norm.

This is multi-pin country. While there is still a fair amount of agriculture, most hunting here is done in tight quarters on saddles and ridgetops deep in the heart of the timber.

A “long” shot is 40 yards. And those shots—particularly during the rut—can come quick. Three fixed pins, set at 20, 30, and 40 yards, are often all that’s needed.

The Fast Eddie’s dual-pin allows you to have two pins at a fixed yardage, but the adjustable yardage dial also gives you the option of extending your range, and a dual-pin pointer tape shows the yardage to both pins.

You Might Also Like: Upgraded UNO Archery App Helps You Sight In Your Bow Quickly and Accurately