How to Hunt the Eclipse on August 21 This Year

During this month's solar eclipse, twilight will come early to the heartland 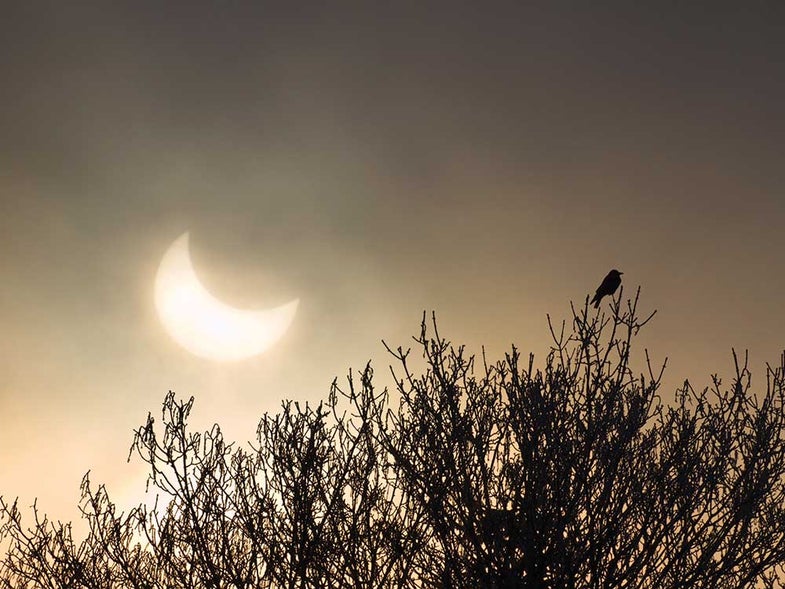 During this month's solar eclipse, twilight will come early to the Heartland. Alamy
SHARE

On the afternoon of August 21, a total solar eclipse will stretch from Oregon to South Carolina, leaving hunting grounds across 12 states in complete darkness for as long as 2 ½ minutes.

During a total eclipse, the world becomes even darker than it is at night because with the moon covering the sun, the sunlight the moon normally reflects on its surface doesn’t reach Earth. Temperatures during a total eclipse can drop 20 degrees, but if the weather holds, it’ll be a great day to be outdoors. And for hunters, it can be an interesting time to interact with animals, even if the effects of the eclipse last for just a few minutes. Take advantage of this month’s total eclipse; the next won’t visit North America until 2024.

Here are three ways animals are likely to respond to totality:

1. Deer will become restless and may head to bedding areas prematurely, and they may remain there into the evening. Position yourself along routes leading to known bedding areas.

2. Birds will stop singing and will flock to roost areas.

3. Squirrels will shift into hyperactivity, and will be visible around nut-bearing trees for several hours after the eclipse ends. This foraging behavior may last for days.

RELATED ARTICLE: Whitetails by the Weather