How to Pick the Right Rangefinder for Hunting or Shooting

Whether you're a bowhunter, a rifle hunter, or a precision shooter, we've got you covered 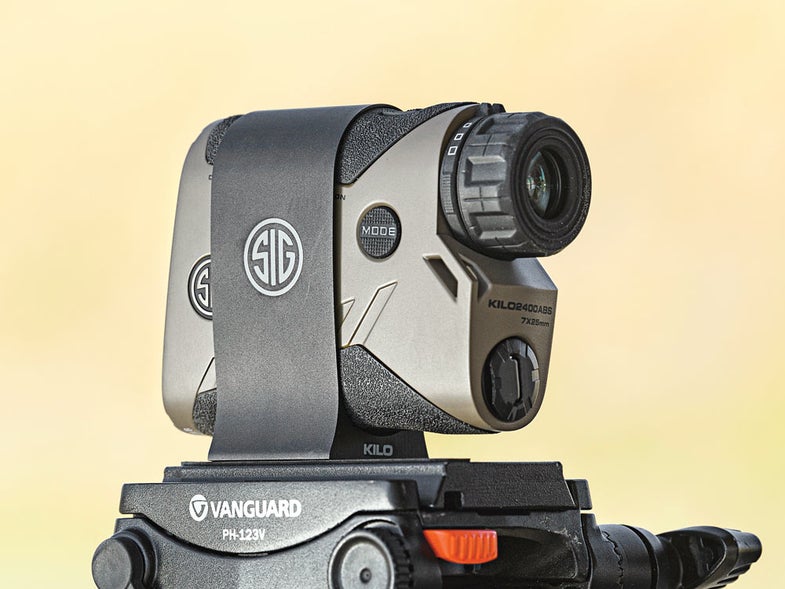 Looking for our 2017 rangefinder test? Check it out here.

Rangefinders for bowhunting don’t require lasers that reach to distant horizons, and they don’t need a library of bullet ballistics. Instead, they need to have accurate angle-compensating software to compute the true distance to a target that might be at an extreme angle to the shooter—say, a deer below a hunter in a treestand.

The other key attribute of an archery rangefinder is what is called last- or far-target priority mode. This feature tells the rangefinder to report the farthest of a series of distance readings. For a bowhunter ranging a deer through a screen of leaves and limbs, for example, the last-target function should measure the distance to the deer, not to the distracting clutter. Far-target mode is also useful when hunting in mist or rain.

Archery rangefinders should have precise close-target sensitivity—certainly inside 10 yards—with readings displayed in fractions of yards. Look for units with fairly low magnification (in the 5X and 6X range) with a dimmable red LED display that is easy to see in a dark or cluttered environment.

This rangefinder, configured for archery use, is fast, accurately responsive out to 900 yards, and fairly priced. Its polycarbonate construction keeps costs down, and Leupold achieves efficiencies by incorporating its very good TBR (True Ballistic Range) processor. See the resultst of our review on our 2017 Rangefinder Gear Test.

Most laser rangefinders will do an adequate job of detecting highly reflective targets out to 1,500 yards. That’s great if you’re hunting highway signs. The real measure of a hunting rangefinder is its ability to detect targets the size and reflectivity of deer out to about 1,000 yards. Even if you don’t intend to take a shot at that distance, you should get excellent precision at targets the size of coyotes inside about 500 yards.

The best units have ballistics software that you can match with your hunting-rifle caliber and load. That’s especially handy if you have a scope with a custom turret or if you regularly dial a shooting solution based on the precise distance to the target. Note, though, that most ballistics software included with the units feature groupings of calibers with similar traits, which generally include muzzle velocity, bullet trajectory at certain ranges, and ballistic coefficient. If you shoot an oddball caliber or a bullet with an unusually high or low BC, the standard ballistics might not apply to what you’re shooting.

In order to properly test the capabilities of a rangefinder that might do double duty for hunting and for target shooting, check its ability to consistently return accurate readings on a variety of targets, from reflective signs and bright rocks to shaggy bushes. For units with various reticles, range with simple crosshairs as well as visually busy holdover and holdoff hatches. Hunting rangefinders should have magnifications of about 7X, an angle-compensation mode, and a fast-scan mode to track moving animals.

This fast, accurate rangefinder can do everything its big brother, the Kilo2400, can do, albeit with fewer features, at a third of the price. See the results of our review on our 2017 Rangefinder Gear Test.

Long-distance precision rifle shooters have a fairly rigid set of expectations and requirements for their rangefinders, starting with their sensitivity, or ability to distinguish distant targets from the landscape. The most precise rangefinders emit a tightly focused laser pulse that can recognize small targets at long distances. Stability is also important, so look for tripod mounts or horizontal-style bodies that can be held steadier than vertical units.

Obviously, maximum range is an important consideration for shooters engaging targets past 1,000 yards. Integrated ballistics software isn’t a high priority for shooters who have other techniques for determining hold. Others rely on their units to give them the precise holdover or holdoff based on specific caliber and load dynamics.

Because factors such as wind, humidity, temperature, and elevation affect bullet flight, units that use on-board environmental sensors to calculate hold are especially useful for precision shooters. Look for magnifications in the 7X and 8X range, and a very bright red LED display.

This extremely powerful, precise unit is in a class by itself. No other rangefinder in this year’s test could touch the Sig’s speed, accuracy on a wide variety of targets, or ability to offer nearly instant solutions to almost any shooting situation. This rangefinder was also selected as Editor’s Choice is our 2017 Rangefinder Gear Test.