Jonah Duckworth's family has shot three massive deer off his farm, including this typical 173-inch whitetail 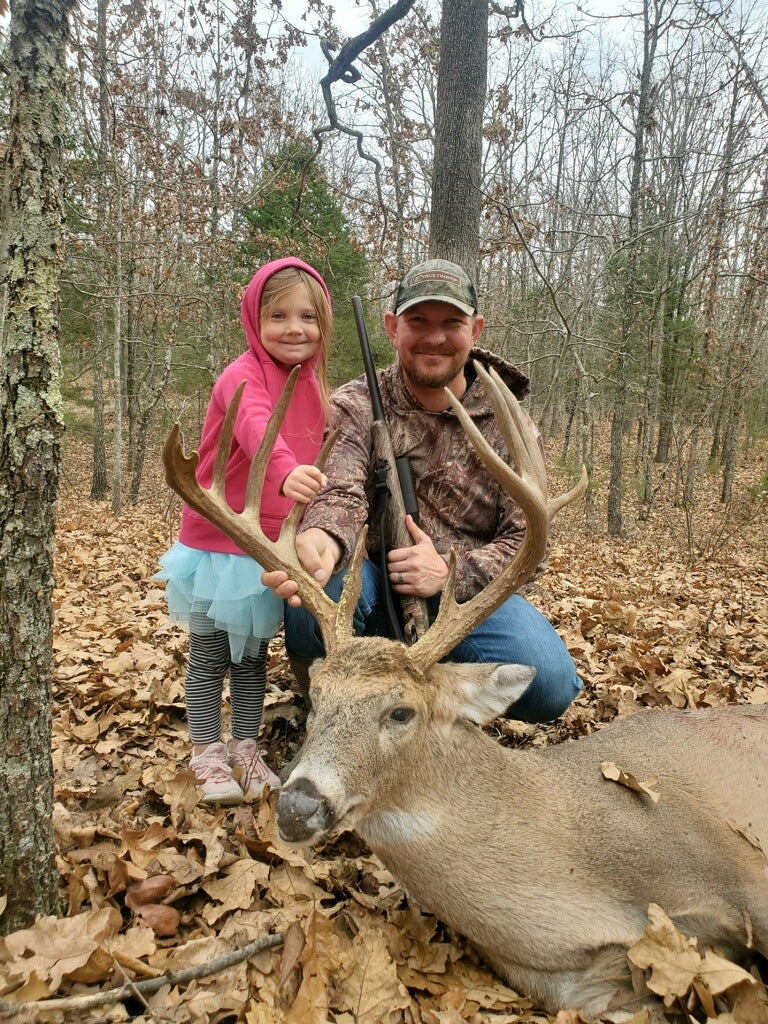 Jonah Duckworth, 38, works and hunts hard. He killed his first deer when he was just 13 years old and spends an inordinate amount of time chasing whitetails in Missouri with his wife, nephews, and family members.

Duckworth has hunted a prime piece of deer habitat on a 246-acre farm in Phelps County for the past 12 years. He’s seen many big bucks on trail camera and killed some nice deer on that particular farm. However, the three biggest bucks his family has taken came off the 40-acre tract of land he lives on. There were a series of trail camera photos of a 170-inch deer that piqued his interest this season.

A 13-pointer showed up on camera the day before firearms season this fall. Duckworth had seen the deer on camera before the season opened, but was hunting elsewhere on opening day. His wife Kathy hunted the big buck for most of the week, but never saw him. She did shoot a nice doe on Saturday evening.

Family commitments kept Kathy out of the woods Sunday, so Jonah slipped into the same area she had been hunting that morning. He decided to hunt from the ground with his back against a big oak tree that had been part of a partial clear-cut about 15 years ago. Deer activity was non-existent. Duckworth decided that he would only stay in the woods until 10 o’clock. At 9:50 a.m., he made a series of deer calls—grunt, doe-bleat, then grunt again. The sound of a deer quickly approaching got Duckworth’s attention. He was laying on his side, but slowly rolled over and sat up in time to spot a deer 100 yards away.

“It was coming toward me at a fast trot and I only had a 10-foot window to shoot him in,” says Duckworth. “I threw up my rifle and could see that it was the buck we’d been after.”

He immediately dropped the crosshairs down to the buck’s front shoulder and squeezed off a round from his 6.5 Creedmoor. It didn’t take long to find his trophy as the buck only ran about 55 yards before it expired.

Read Next: Whitetail Deer: How to Grow Big Bucks on Small Tracts of Land

Duckworth’s 13-pointer features 4 4/8 inches of mass from its bases to between the second and third points. It’s longest tine is an 11-inch G3. The buck green scored 173 5/8 inches (typical).

“I was super excited to kill such a great buck,” he added.  “The only downfall is that my wife really wanted to shoot it.”