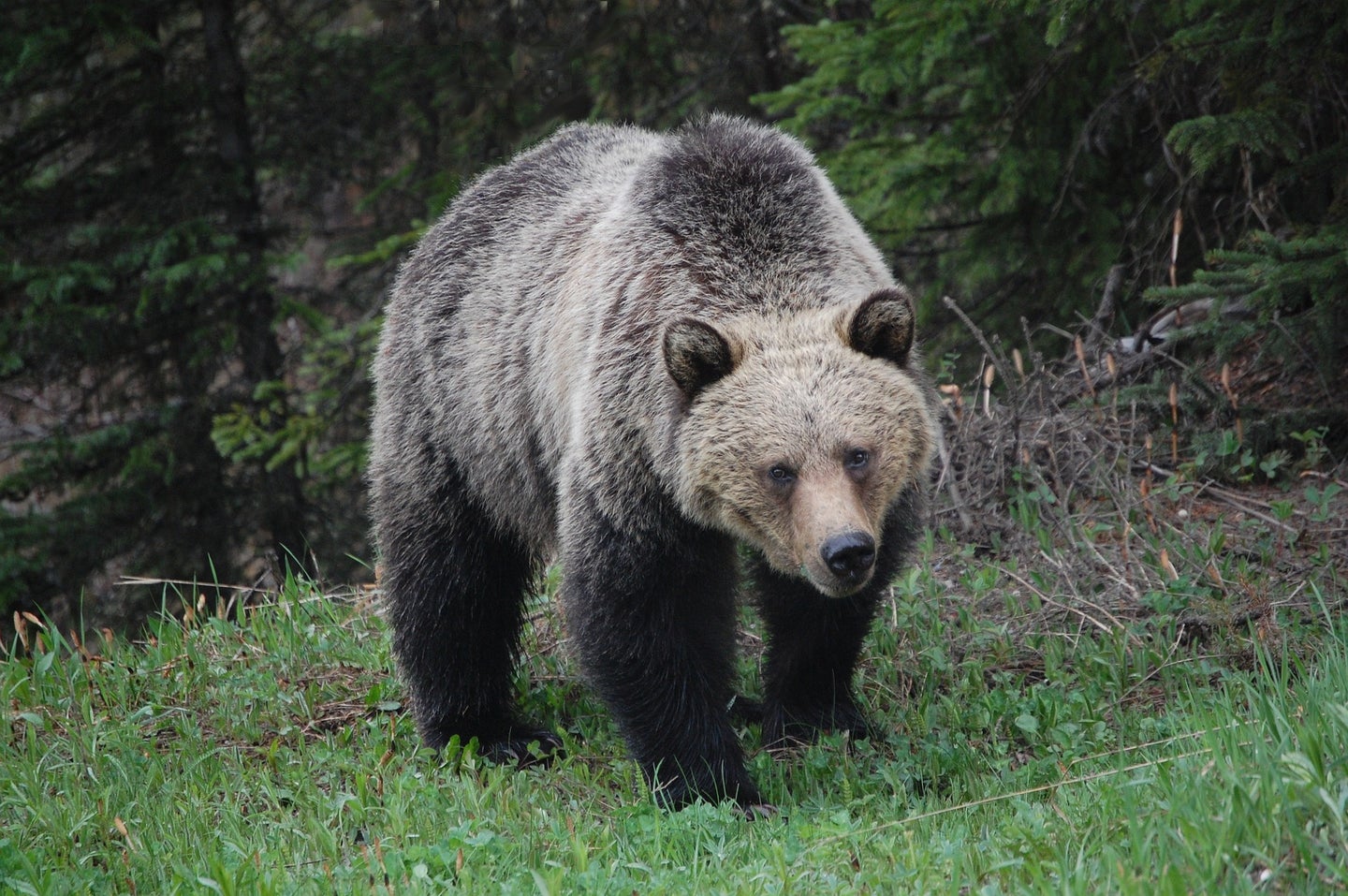 A bear is suspected of killing a hiker in Alberta. Pixabay
SHARE

A 68-year-old woman who had gone for a walk near her home northwest of Calgary has been confirmed dead by authorities, who suspect she was the victim of a bear attack.

According to a website report by the Canadian Broadcast Corporation, Alberta Fish and Wildlife staff are investigating the woman’s death. They don’t yet know if it’s related to another fatal bear attack just 25 miles away, in which a man was killed a few weeks ago.

Authorities say the woman was found on private land near the town of Water Valley. She had gone for a walk and was discovered on a trail at about 7 p.m. on May 25.

“Officers are still determining the identity of the bear, but a grizzly bear and a cub were seen in the vicinity of the incident,” Alberta Fish and Wildlife officals said. Water Valley residents have been warned by authorities to be on guard when outdoors. “The sow was exhibiting aggressive behavior.”

Bear traps have been deployed in the area, reports the CBC. Only a few weeks ago in early May, David Lertzman, a University of Calgary professor, was attacked and killed by a bear near Waiparous Village, just 25 miles away from this week’s bear attack. Wildlife officials don’t know if the two bear attacks are linked, but acknowledge that it’s possible.

Sarah Elmeligi, a Canadian bear biologist from Canmore, said it’s too early to speculate if the two bear attacks involve the same animals, but the distance between the two is not beyond the range a grizzly will travel this time of year. Spring is mating season for bears and they roam a great deal. With snow still in the mountains, and people roaming the valleys, says Elmelgi, the incidence of bear-human encounters are at their highest now.