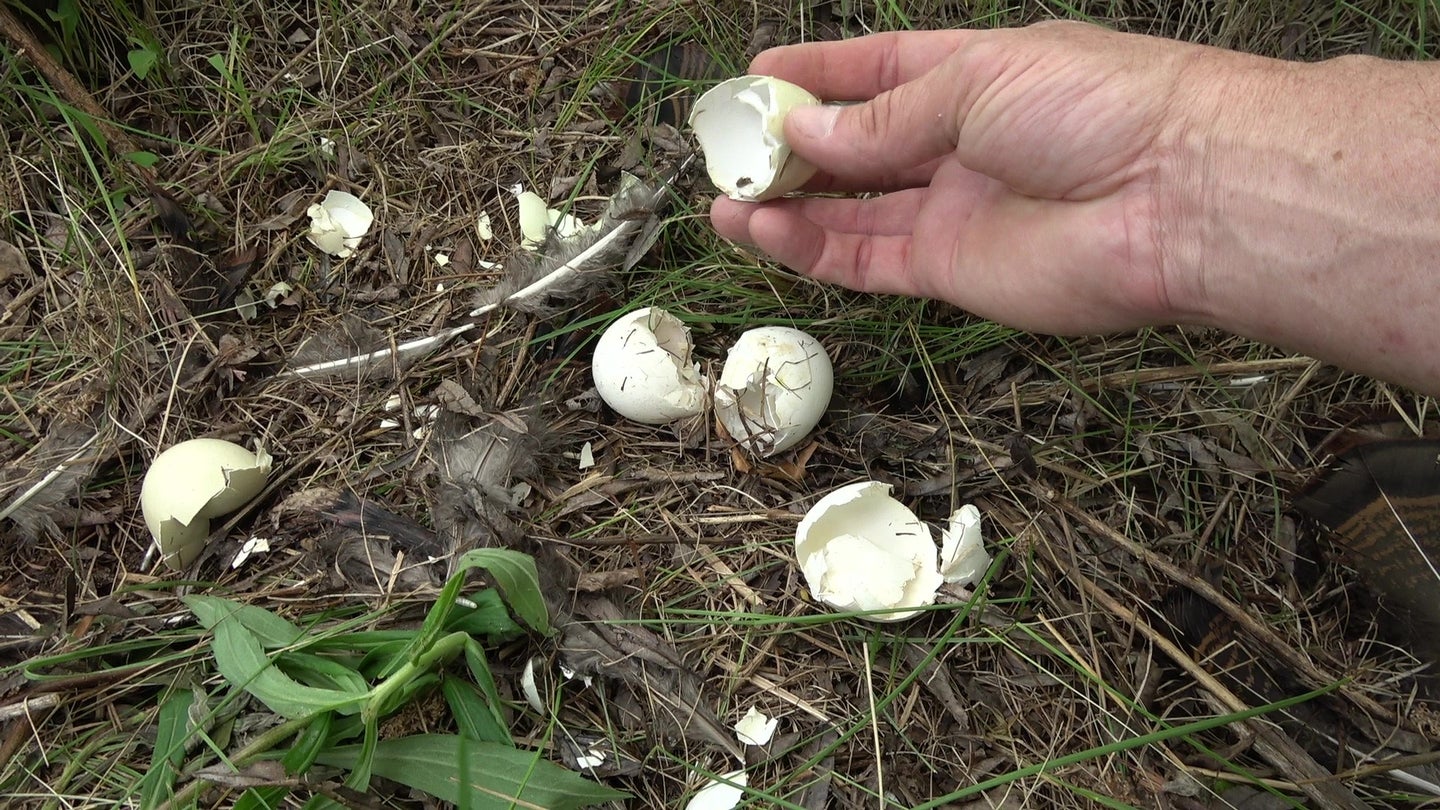 Raccoons and opossums are notorious for preying on turkey nests. Shane Simpson
SHARE

Politicians in Georgia say that more needs to be done to help struggling wild turkey populations in the state. To that end, they have passed legislation that would permit the year-round hunting and trapping of raccoons and opossums—two species that are known to eat turkey eggs and disrupt nests.

Introduced in February, H.B. 1147 would eliminate Georgia’s closed season for raccoons and opossums and would allow private landowners to hunt and trap the two species year-round. The legislation passed the Georgia State House Chamber last month by 141-17 vote, and it passed the State Senate on March 17 (44 to 10.) It is now waiting to be signed into law by Gov. Brian Kemp.

State Representative Trey Rhodes, a Republican from Greensboro and a lifelong turkey hunter, sponsored the bill. Rhodes has pointed out that he’s seen turkey populations dwindle over his lifetime, and looking at the state’s annual turkey harvest reports, it’s clear that Georgia hunters are killing less birds.

According to the Georgia Department of Natural Resources, the statewide harvest has declined by roughly 30 percent in recent years. The DNR has already attempted to address these downturns by shortening the spring hunting season and reducing bag limits, and the agency reminded hunters last week that both changes are going into effect this year.

But Rhodes and other proponents of H.B. 1147 say these regulation changes aren’t enough to solve the problem, and they contend that part of the reason for the overall decline in turkey populations is an increase in the state’s raccoon and opossum populations. They say that as coon hunting has become less popular, and as parts of the state have become more urbanized, the two species have been allowed to flourish to the detriment of game bird species like turkey and quail.

“Bottom line, we’ve got an overpopulation right now of raccoons and possums,” Rhodes said in a recent committee meeting, Georgia Public Broadcasting reports. “They’re very adaptive animals, they can live a lot of places and they’ve really taken off. They’re really taking a toll on our nesting game birds.”

Conservation groups like the Georgia Chapter of Backcountry Hunters and Anglers and the Congressional Sportsmen’s Foundation have strongly supported the legislation. But H.B. 1147 has been met with resistance as well—mainly from the Georgia Wildlife Foundation and the local Sierra Club chapter.

DNR representatives have come out in support of the bill, and they’ve said it would give them another management tool that could help boost turkey populations, according to the Georgia Recorder. Emily Rushton, a biologist with the DNR, testified earlier this month that development in the state has dealt a one-two punch to the birds by wrecking their habitat while giving raccoons and opossums a leg up.

“A lot of places where our turkey populations have decreased the most are in the Piedmont-Central region of Georgia, where we’ve seen a lot of development, and those are the kind of habitats that racoons and possums really thrive [in]”, she said. “But turkeys do not nest as successfully in those types of habitats. So it sort of created the perfect storm.”